PM Extends Lockdown Till May 3, Stricter Vigil in Hotspots 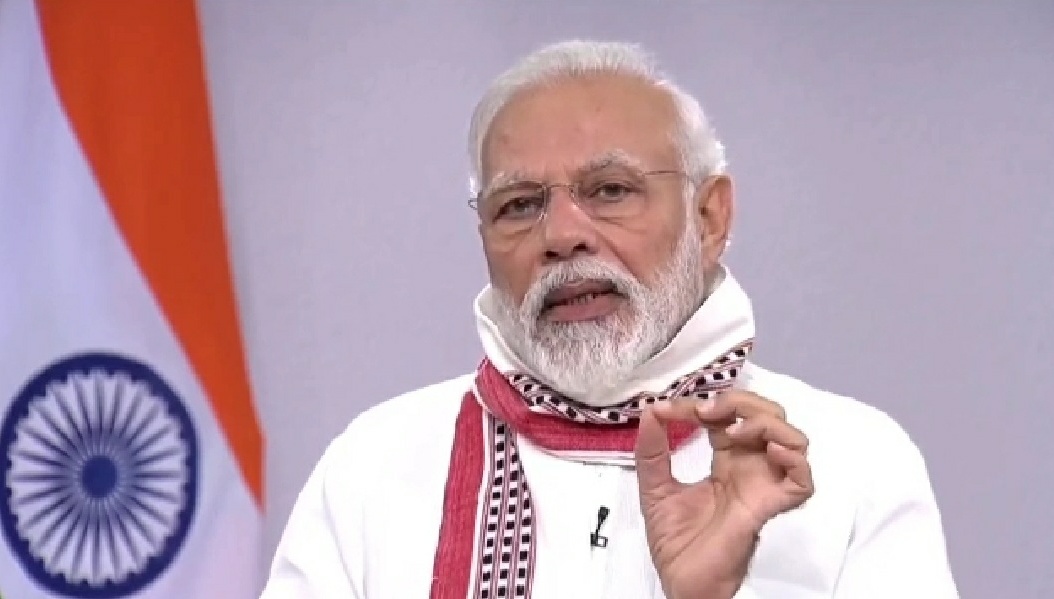 Prime Minister Narendra Modi on Tuesday announced that the nationwide lockdown will be extended till May 3 and said that all necessary steps will be taken to ensure no more hotspots are formed.

In his address to the nation—his fourth since the outbreak of the Coronavirus pandemic, the PM said: “ that the nation has to ensure that more hotspots aren’t formed. “Till 20th April, all districts, localities, states will be closely monitored, as to how strictly they are implementing norms. States which will not let hotspots increase, they could be allowed to let some important activities resume, but with certain conditions.”

The PM said that there was work to fix the supply chain and improve the health infrastructure. “While making new guidelines, we have kept in mind the interests of the poor and daily wage workers. Harvesting of Rabi crops is also underway. Central Govt and state Govts are working together to ensure that farmers face minimal problems,” the PM said.

Hailing the efforts put by the doctors, medical staff, essential service providers and the people of the country, PM Modi said, “You have saved the country. I understand the problems you have faced.”

In the midst of the lockdown, India has also seen New Years across various corners, the PM said, hailing the people for the simplistic way in which they have celebrated amid the lockdown.

While talking about the novel coronavirus, COVID-19, PM Modi said that India was one of the first contries to start screening at airports. “Before the global numbers touched 100, we began isolating people for 14 days. We had shut public places before India’s numbers began rising. When the global numbers were 550, we put forth the 21-day lockdown,” the PM said.

Modi reached out to the people saying he understands their hardships. “I know how many difficulties you faced. I respectfully bow to the people of India for their sacrifice. India took the decision to impose a 21-day complete lockdown when coronavirus cases were around 550, he added.

India is in much better position than some of the other big and developed nations where coronavirus cases are 25-30% more than India, PM Modi said. Modi added that if lockdown would not have been imposed in India, then the country would have been in a disastrous state.

The Prime Minister said even when India did not have a single corona patient, India had begun screening passengers from COVID19 affected countries. “India did not wait for the problem to escalate, rather, as soon as the problem appeared, we tried to stop it by taking swift decisions. I can’t imagine what the situation would have been if such quick decisions were not taken,” Modi mentioned.

The partial reopening of the economy and business will be carried out after the general consensus was for diving the entire country into three different zones – green zones (areas with no coronavirus cases), orange zone (with limited cases) and red zone (hotspots with maximum coronavirus cases). It was also considering a blanket approval to all forms of farming activity with proper safety measures in place, and not just specific activities within farming as has been the case.

Officials too had said most of these green zones are likely to be in rural areas, as they are less affected by the pandemic compared to the cities.

Meanwhile, several states in the country have already extended their lockdown period for 15 days – till April 30, in order to control the spread of the coronavirus outbreak.

Did you find apk for android? You can find new Free Android Games and apps.
Share
Facebook
Twitter
Pinterest
WhatsApp
Previous articleEditors Guild Condemns Warrant Against Journalist
Next articleSC issues directions for release of prisoners to prevent spread of COVID-19