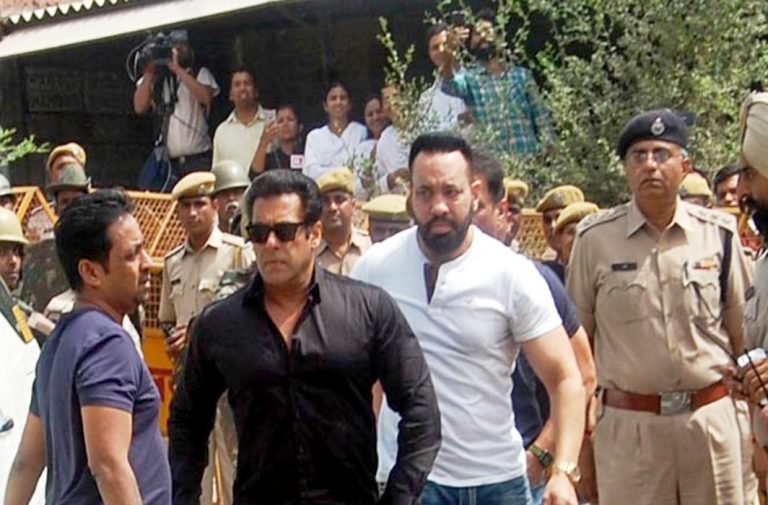 Above: Salman Khan arrives at a court in connection of the 1998 blackbuck poaching case, in Jodhpur on Thursday/Photo: UNI

Bollywood star Salman Khan, who was slapped with a five-year jail term on Thursday (April 5) in the 1998 blackbuck shooting case, had today applied for bail before the Sessions judge. However, the judge reserved his verdict on the petition, which means that Salman, who had spent Thursday night in jail, will have to also spend Friday night, at least, in jail.

Yesterday Jodhpur Chief Judicial Magistrate Dev Kumar Khatri had sent the star actor to jail. Salman’s counsel today submitted a 51-age bail application in which he has stated that the statements of the witnesses, including the main witness, are questionable, because the witnesses  who were not worthy of trust. The petition claims that therefore, his statement given in 1998 should not be considered correct.

It has also been said that the main witness was 2 km away from the spot. So it was not possible for anyone to be able to reach the spot after hearing the bullet from 2 km away. Thus his statement should not be accepted as truth.

The petition has referred to several cases of the Supreme Court and High Courts, where the courts have not given so severe a punishment in the long case that has been going on for 20 years.

In the petition, Salman Khan, citing his celebrity status, said that he got punishment because he is a celebrity.