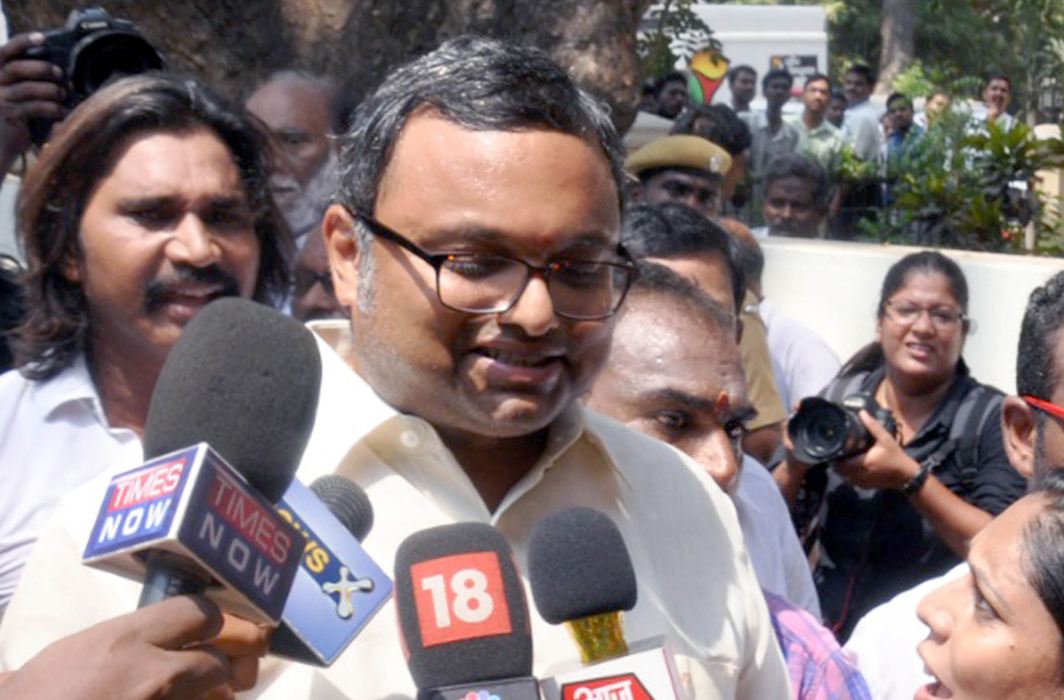 Karti Chidambaram wants to go abroad between December 3 to 11. In that context, his counsel senior advocate Kapil Sibal on Thursday (November 16) requested the Supreme Court bench of Chief Justice Dipak Misra and Justices A M Khanwilkar and Justice D Y Chandrachud to urgently remove the Lookout Circular initiated by CBI against his client.

This has remained a contentious issue, with the investigating agency maintaining that Chidambaram’s going abroad could hamper investigation into alleged financial misappropriation.

On Thursday Additional Solicitor General (ASG) Tushar Mehta appearing for the CBI requested the bench to postpone the matter, while Sibal said: “Karti wants to go abroad. This is the 14th time I am appearing for removing lookout circular.”

The bench agreed to the postponement and will take up this matter on Monday (November 20). Both parties agreed.