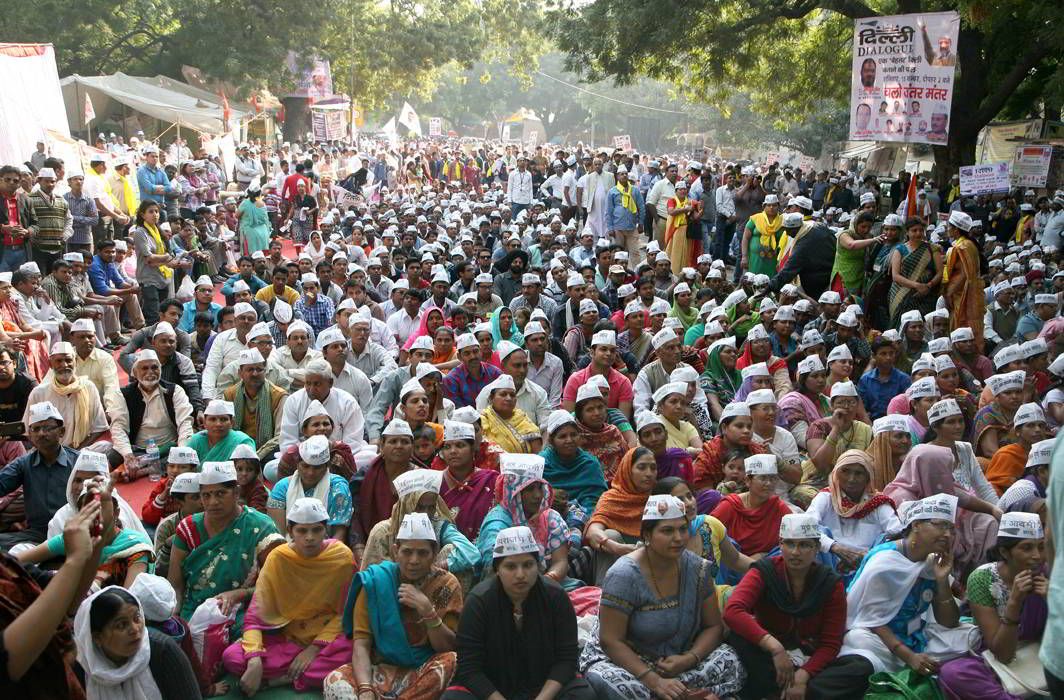 Above: A protest at Jantar Mantar. Photo: Anil Shakya

The Supreme Court on Monday (January 22) issued notice to Delhi Police and New Delhi Municipal Corporation (NDMC) and told them to reply within two weeks on the banning of protest demonstration at Jantar Mantar.

The Court was hearing the plea which says that holding protests at Jantar Mantar should be resumed. Earlier, National Green Tribunal (NGT) had banned the demonstration at Jantar Mantar and shifted it to Ramlila Maidan.

The petitioner, a rape victim has said in the petition that Ramlila Maidan is far from the Parliament.