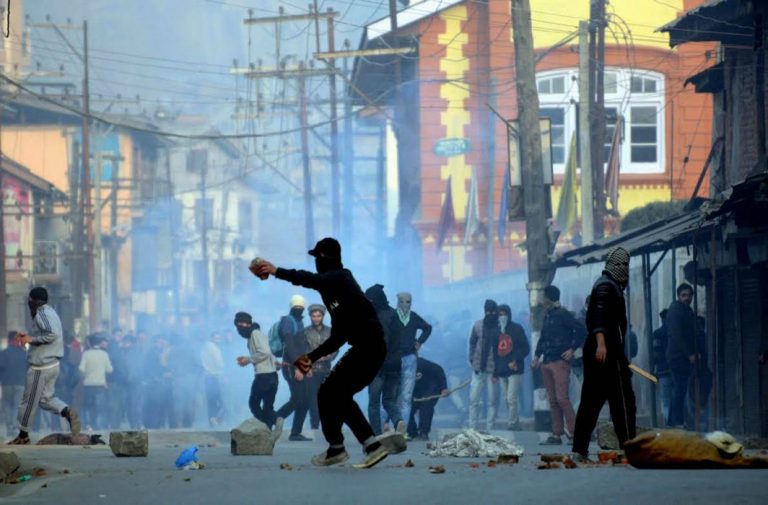 The Supreme Court bench of Chief Justice Dipak Misra and Justices A M Khanwilkar and D Y Chandrachud on Monday (February 12) restrained the Jammu and Kashmir Police from taking any coercive steps against Major Aditya Kumar, charged with firing on stone pelters in the state’s Shopian region.

The police had filed FIR against the officers of Army (including Kumar) in the matter relating to Shopian firing case. Major Aditya’s father Lt Col Karamveer Singh has filed this petition with the top court, seeking quashing of the FIR. Major Aditya is the prime accused in the case.

The top court’s directive means Major Aditya Kumar can neither be called for interrogation nor be arrested by the police.

On Monday senior counsel Mukul Rohatgi said the matter is very serious as the operation is going on.

The bench said a copy of the petition shall be served and the counsel for J&K shall file the reply within two weeks. A copy shall be served to the Attorney General (AG) KK Venugopal who represents the Union of India. The AG has been asked to assist the court in the case.

Thereafter the CJI directed that no coercive steps shall be taken on the ground of FIR.

At the other side of the spectrum advocate Vineet Dhanda had filed a petition seeking a directive to the J&K government to not withdraw cases against 9,730 people allegedly involved in stone-pelting incidents.