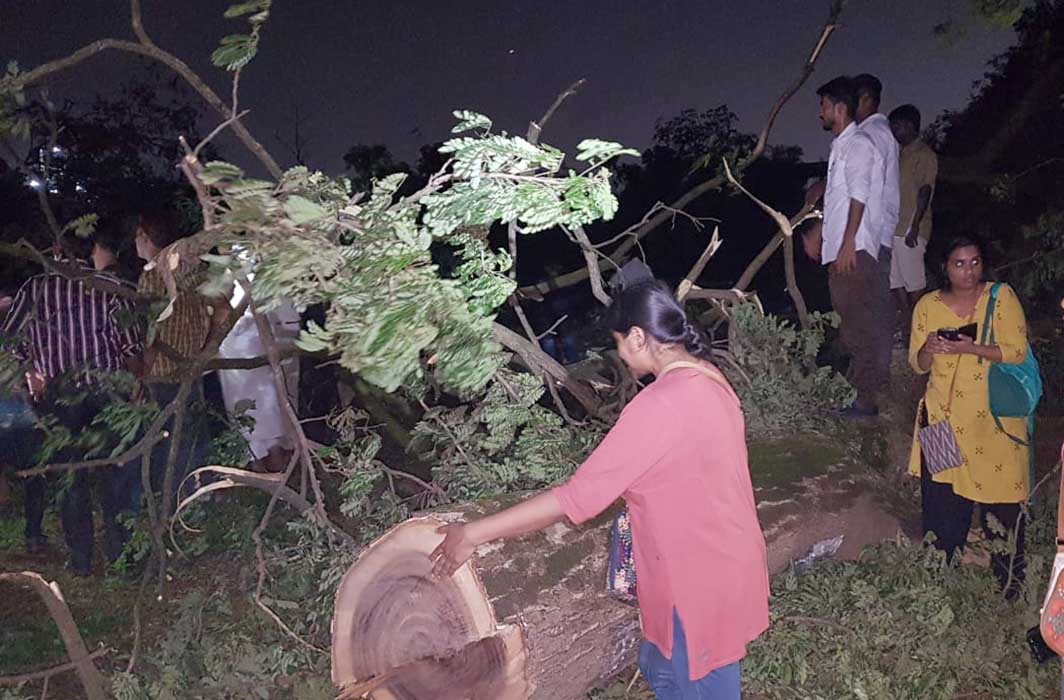 The Supreme Court on Monday asked the Maharashtra government not to cut any more trees in Mumbai’s Aarey till the next hearing on October 21. The court was hearing petitions by activists who are protesting against the felling of over 2,600 trees in Aarey colony for the construction of a Mumbai Metro car shed.

Counsel for the student activists later told reporters that the apex court was moved by the plea of the young students. It recorded Solicitor-General’s statement that no more trees will be cut in Aarey. No more activities in garb of clearing the area will take place, the S-G assured.”We are grateful to the SC for its intervention,” he said.

The SC said that “ it appeared Aarey was a forest at some point of time”, the court asked the state government to submit a status report on the number of trees felled so far and the compulsory afforestation by the Mumbai metro.  “Tell us how many saplings you planted. How have they grown? What’s the status of your forests?” The top court’s questions  came after Mumbai Metro on Sunday claimed that it had planted 24,000 saplings in order to replace the trees that have been felled. The SC also asked the state government to produce a compulsory afforestation report.

The court asked whether all activists arrested during protests on the weekend been released.

On Sunday, 29 activists arrested during protests on Friday night were released on bail.

The Bombay High Court had on Friday rejected petitions challenging the Mumbai civic body’s Tree Committee order approving the cutting of trees in the colony to make space for Mumbai Metro’s car shed in the area. Hours later, bulldozers rolled into Aarey, a green patch in north Mumbai that activists say has shrunk over the years because of development projects.

The activists claim the cutting of trees in the  area is illegal. As civic workers started cutting trees late at night, hours after the High Court order, the protesters were charged with obstructing and assaulting policemen and arrested.

A holiday court ordered their release on the condition that they post a bail bond of Rs. 7,000 and not take part in any protest. The lawyer for the activists, who are mostly law students, argued in the bail plea that they have exams starting Monday.