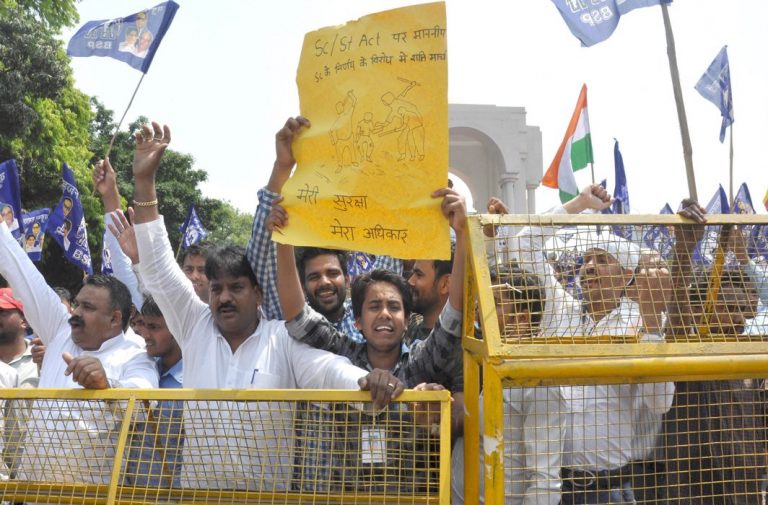 Above: Members of Dalit organisations raising slogans during Bharat Bandh over SC/ST Act, in Lucknow on April 2/Photo: UNI

The Supreme Court on Tuesday (April 3) has refused to stay its March 20 order which diluted the Scheduled Castes and Scheduled Tribes (Prevention of Atrocities) Act.

The bench comprising of Justice A K Goel and Justice U U Lalit said: “We have to maintain balance, but innocent people should not be punished.”

During the hearing, Attorney General (AG) K K Venugopal said that this law is being misused and referred to Justice Karnan’s case. Venugopal further added the Supreme Court’s decision will weaken the Act. And the sufferer will have trouble paying compensation.

To which the bench replied such a decision was given because these laws are a little different, there is no provision for advance bail asking Venugopal to cite a new story about this law as why the decision should be reconsidered.

The bench further observed that prima facie the government’s appeals were not substantial. “People are not aware of our decision on SC/ST Act. We don’t want innocent people to be held guilty,” the bench noted.

The matter was listed for next hearing to April 13.