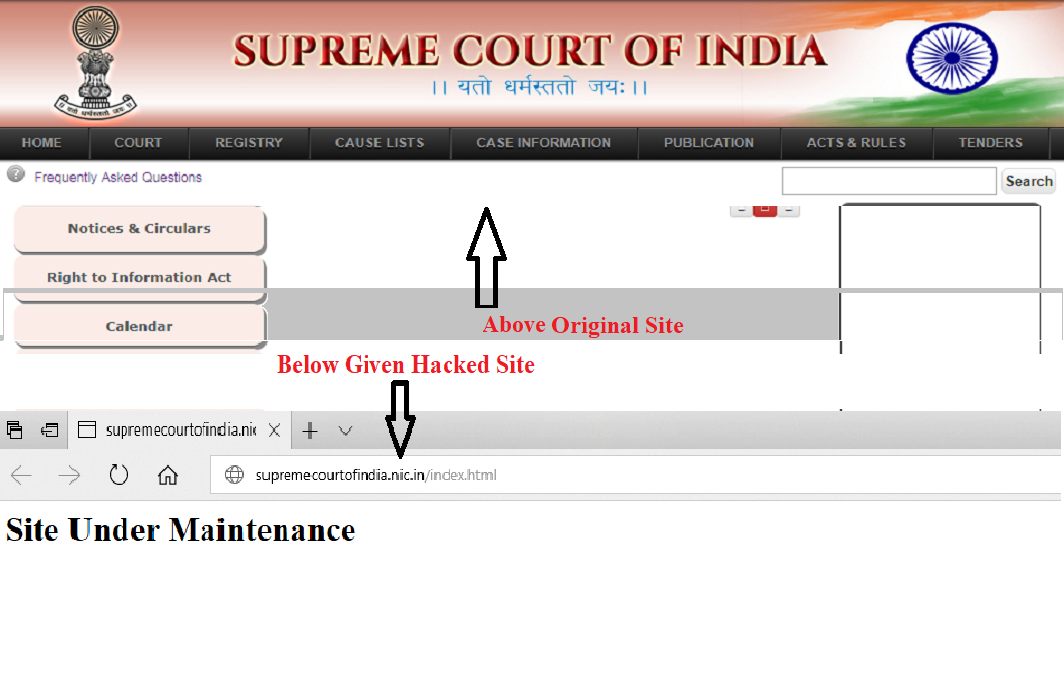 The Supreme Court website http://supremecourtofindia.nic.in/ has been down for over an hour and-a-half now, almost immediately after the Judge Loya verdict was delivered this morning by the Chief Justice bench. Reports have been going around that the site has been hacked by unknown people with Brazilian origin.

This is for the first time that the site is down during working hours, adding merit to the hacking theory.