At a time when there is emphasis on transparency, over 1,800 IAS officers have failed to file their immovable property returns despite a standing government order

Despite the government’s plan to bring greater transparency among its officers, more than 1,800 IAS officials have failed to submit their immovable property returns (IPR) this year. There were directions to comply with the requirement on pain of denial of promotion and empanelment. The deadline for filing IPRs for the previous year (2016) was January 31, 2017.

According to the Department of Personnel and Training (DoPT) figures, 1,856 IAS officers had not submitted their returns for 2016 by the January-end deadline. According to the Civil List figures, the total strength of IAS officials nationwide is 5,004, of whom 3,554 are direct recruits to the service and 1,450 are promotees. The authorised strength is 6,500.

The highest number of officers who failed to file IPRs are from the Uttar Pradesh cadre where 225 failed to comply with the DoPT directive. Rajasthan  follows with 153 officers and Madhya Pradesh with 118. The number of IAS officers who have not submitted returns in some of the other states are as follows: 50 from the Tamil Nadu cadre, 70 from Punjab, 52 from Haryana, 51 from Jammu and Kashmir, and 33 from Uttarakhand.

Section 16 (1) of the Conduct Rules lays down: “Every person shall, where such person is a member of the Service… submit a return of his assets and liabilities in such form as may be prescribed by the Government…”.

Section 16 (2) of the conduct rules makes it clear that every member of the Service should “submit an annual return in such form as may be prescribed by the government, giving full particulars of the immovable property inherited by him or owned or acquired by him or held by him on lease or mortgage, either in his own name or in the name of any member of his family or in the name of any other person”.

The big question is how many had “reasons” for not complying with the government orders. If it is any indication, in the series of raids carried out by income tax sleuths against UP cadre IAS officers for unaccounted wealth, two had not filed IPRs. The third had declared two properties valued at Rs 10 lakh each. The IT teams found Rs 90 lakh in cash at his various premises.

It is said that it is as important to be seen as clean as it is to be actually clean. In this context, the track record of a large number of officers—one-third of the lot—who have failed to share details of their assets even at the risk of losing out on promotion and vigilance clearance, does look suspicious.

This blot comes when the Indian bureaucracy already has a reputation of being incompetent and slow. In 2012, the Hong Kong-based Political & Economic Risk Consultancy Ltd rated Indian bureaucrats as the worst in Asia. The report ranked bureaucracies across Asia on a scale from one to 10, with 10 being the worst possible score. India scored 9.21. 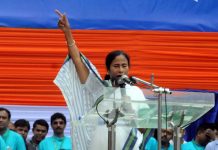 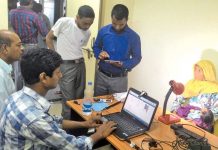