Above: The AP High Court at Amaravati/Photo: Wikipedia

Close to five months after the new High Court shifted from Hyderabad to Amaravati, lawyers are unable to adjust to the poor infrastructure and desolation and shuttle between the two cities

By Kingshuk Nag in Hyderabad

The recent election of YS Jagan Mohan Reddy as chief minister of Andhra Pradesh has sparked off a new speculation—that the seat of the new Andhra Pradesh High Court, established a few months ago at Amaravati, will be shifted to Kurnool, a few hundred kilometres away. This may not happen actually because the new court has just been set up. But expectations have been raised because of two reasons. First, Reddy was not in favour of the new High Court being set up at Amaravati and secondly, the first seat of the Andhra Pradesh High Court, when it was set up in 1953, was Guntur even as the capital was in Kurnool. Both the High Court and the capital subsequently moved to Hyderabad in 1956. As the capital this time around is in Amaravati (close to Guntur), going by the historical precedent, it would follow that the High Court could be in Kurnool. But it is unlikely that even if Reddy was to make such a demand, the Supreme Court would consent.

The new High Court for Andhra Pradesh in Amaravati came up on January 1, 2019, four and a half years after the state was established. The speculation in the corridors of power is that the Union government moved rapidly after the Telugu Desam Party (TDP) led by Naidu withdrew from the National Democratic Alliance. This meant that Naidu lost his persuasive power in New Delhi. The official gazette notification came on December 26, 2018, although everything was final much before.

But a day after the courts were bifurcated, the High Court Advocates Association approached the Supreme Court against the move. The petition contended that the infrastructure for a new High Court was still lacking in Amaravati and that there was no habitation near the site and the only habitants were part of a village panchayat.

However, the apex court bench of Justices AK Sikri and S Abdul Nazeer threw out the petition, ruling that “initial hiccups will always be there”. The Court also said that (the High Court) is now functioning and will change for the better. A few months earlier, a Supreme Court bench had given its final nod to the new High Court, observing: “We may place on record that in Amaravati a very big complex known as Justice City is under construction where the high court and subordinate court and even tribunals would be accommodated and there is provision for a residential complex for judges of the high court and judicial officers of the subordinate court.” The bench noted that an inspection committee established by the Andhra Pradesh High Court was satisfied with the plan and so were the judges of the High Court, including those who would move.

It is a fact that the infrastructure for a High Court was missing at Amaravati. The High Court which came up after a sudden decision by the Union government, is located in a building at the proposed Justice City where the city civil court was being envisaged as operating from. A new building for the High Court is being planned and will come up later; after this, the city civil court will move into its anointed building. Worse, there is also no proper bar at the new High Court. Lawyers who were practising at Hyderabad have been chary of moving to Amaravati, which, as a city, has under developed infrastructure. “Which lawyer with an established practice in Hyderabad will move to Amaravati, which has no requisite infrastructure as a city?” asks lawyer MN Rao. “Only a novice lawyer trying to set up a practice might find it useful to move to this barren city,” he adds.

Incidentally, only Andhra Pradesh government employees transferred to Amaravati have reluctantly moved there from Hyderabad. But many of them still return to Hyderabad during the weekend. Lawyers, being on their own, have the freedom to stay in Hyderabad and that is an option most have exercised. But L Ravichandar, senior advocate at Telangana High Court (this is the new name for the High Court at Hyderabad after the Andhra Pradesh High Court began operating at Amaravati), said that as there are matters to be pleaded at the new High Court, he flies down to Amaravati once a week to plead his cases. He revealed that many other lawyers too fly down to Amaravati once a week.

The Andhra Pradesh High Court which began functioning at Amaravati, still does not have the full complement of judges. There are nine judges, including the acting chief justice, but a High Court would be expected to have twice the number of judges. Apparently, the appointment of a full chief justice and other judges has been caught up in bureaucratic wrangles in Delhi. “Of course, there is nothing surprising about this. All High Courts in India have vacancies, but when a new High Court is located in a godforsaken place, the government should have made special efforts to fill up all the vacancies,” a leading lawyer said. 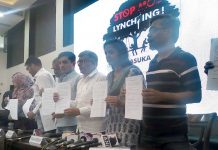