Justice Karnan is not the first judge in India to have been disciplined by the internal mechanism of the Indian judicial system. Even in his case, it took a long time to bring proceedings against him and he has now been stripped of his duties, though has also been given a reprieve of three weeks. Judges are clearly reluctant to act against their own since it lowers the image of the judiciary as a whole.

Within the judiciary and legal community, stories abound of corruption, nepotism and favouritism However, over the last 70 odd years, only a handful of judges have been taken to task.

These cases are, in fact, rare and expose a situation where judicial procedures often fall short in prescribing punishment to one of their own. It was probably inconceivable at the time of the inking of the constitution that it would have to deal with high court and even Supreme Court judges without involving the Executive branch which, in any case, is fraught with political, religious and other petty biases. Last year, the Madras High Court hit out at the corruption within the subordinate judiciary. At least eight judges face the music for charges ranging from inefficiency to corruption. Those disciplined included Melur judicial magistrate KV Mahendra Boopathy (suspended) as well as another district judge (also suspended) and five district judge cadre officers. Final action is awaited.

A comprehensive bill to oversee the conduct of judges and quick action against offenders is clearly needed. The Judicial Standards and Accountability Bill, 2010, goes some way towards resolving the issue of errant judges. It attempts to lay down enforceable standards of conduct for judges and requires them to declare details of assets, including of their family members. The bill was introduced in parliament after being stalled for a long time and now, a committee has dem-anded some changes.

It does, however, provide a critical set of instruments that can be drawn upon to discipline judges who have refused to abide by internal rulings, while providing a way out in the shortcomings in the constitution as has been seen in the Justice Karnan case.

The act will also allow the judiciary to keep an appropriate distance from the executive. Several instances of clashes with the executive have left the judiciary wary of confrontation and an instrument of this nature will allow it to maintain its distinct nature.

KEY FEATURES OF THE BILL

There are questions about some aspects of this proposed bill, the most questionable being the fact that the Scrutiny Panel has judges from the same high court. Moreover, it is not clear whether the power of the Oversight Committee to impose minor measures is constitutionally valid.

There are other minor quibbles but there is a larger issue involved. There is no question that the judiciary needs to get rid of the black sheep, and there are many, far more than the ones who have been acted against. Again, it comes down to the question of the judiciary’s main weakness—a tendency to bury its head in the sand when one of their own steps out of line. 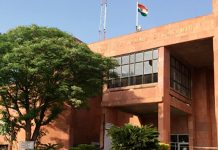