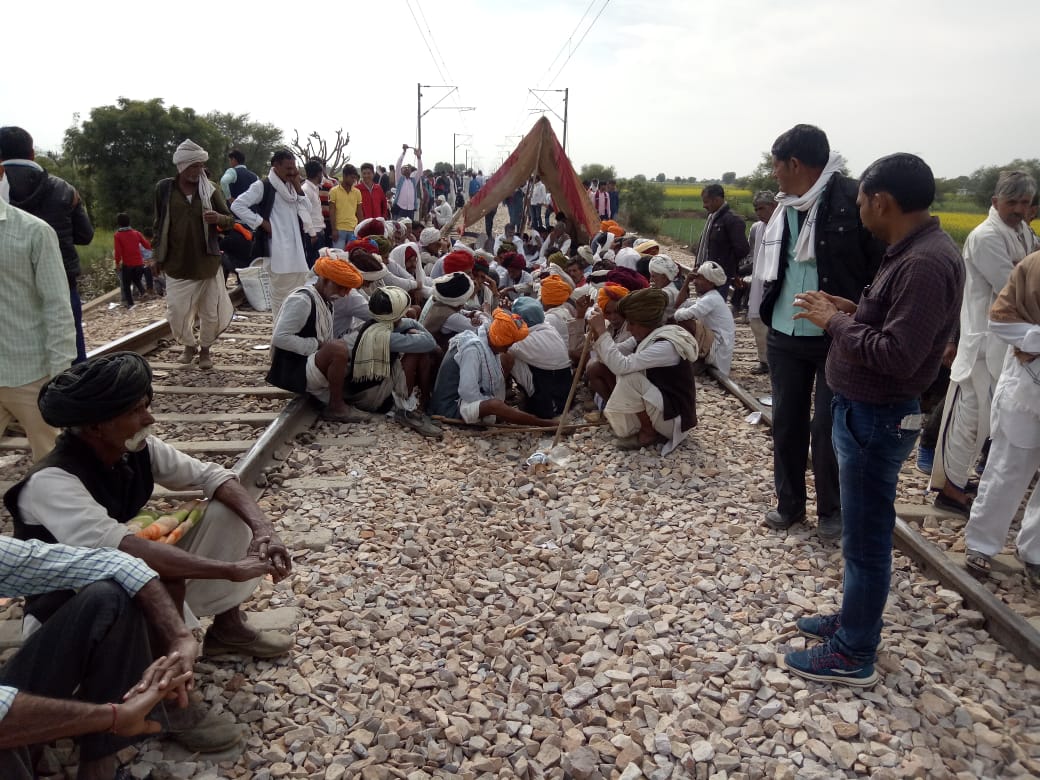 Though the Rajasthan government has allowed 5 percent reservation to Gujjars in jobs and educational institutions, it would still have to cross legal bottlenecks to make it implementable

The Ashok Gehlot government which thrived on the support of the Gujjar community for its electoral success  bowed to the  pressure exerted  by the  agitating Gujjar community demanding five percent reservation in jobs and in the educational institutes  by  allowing the Gujjars and other  more  backward communities through the  Rajasthan Backward Classes (Reservation of seats in educational institutions in the state and of  appointments and posts in services under the state (Amendment) Bill, 2019.

The hurriedly brought Bill that got the approval of the state cabinet only a day before it was passed by the state Assembly by a voice vote after the Bill was discussed briefly in the House.

The amendment of section 3 Rajasthan Act No 38 of  2017 was substituted by two amendments relating to annual permitted strength for admission into such educational institutions and courses in the state as may be prescribed by More Back Classes shall be five per cent. Similarly, the reservation in appointments and posts in services will be five per cent.

The increased five per cent quota to go to the more backward classes (MRC) within the OBC, which include Gujjars and other communities.

The economically weaker sections (EWS) would get 10 per cent quota as approved by the Centre after the Constitutional amendments.

But the total reservation would exceed 64 per cent which is far more than the Constitutional provision and it requires the amendment of the Constitution to become effective. The Assembly passed a pledge resolution (Sankalp) urging the Union government to include this five per cent quota in the ninth schedule through a Constitutional amendment.

“This till the Union government brings an amendment in the parliament to include the five per cent quota in the ninth schedule, the state government would fail the judicial test if the issue of including the in the ninth schedule is passed by the parliament through a Constitutional amendment. Thus it is nothing but a lollipop that has been given to the Gujjar community..The Gujjar community since 2006 have been fighting for quota and in the past 13  years, they were given the reservation five times. On four occasions the Bills were introduced in the Vidhan Sabha and once it was given through a notification. Now as the 16th Lok Sabha has met for the last time, the question of inclusion of the five per cent quota can be done by convening a special session of Lok Sabha or the issue would be taken up by the next Lok Sabha when it meets after the elections,” said lawyer Poonam Chand Bhandari.

Bhandari said the Bill passed by the Assembly and  asserted by the governor Kalyan Singh will in all likelihood be challenged in the court like on previous occasions.

In the year 2008, the Congress government headed by Ashok Gehlot gave five per cent reservation to the  Gujjars and 14 per cent to the economically backward general category persons. This quota became effective in January 2009 and was stayed by the High Court within seven days.

On third occasion in the year 2015, the BJP government passed a Bill where apart from Gujjars other five communities were given five per cent reservation. But in the year 2016, the High Court quashed the quota and the Vasundhara government went to the  Supreme Court to challenge where the matter is still pending.

But the Vasundhara Raje government in December 2017 without waiting for the orders on the Special Leave Petition (SLP) brought a Bill gave the Gujjars and other communities one per cent reservation as More Backward Classes which they are still getting.

The state government under the Rajasthan Backward Classes (Reservation of seats in educational institutions in the state and of appointments and posts in services under the state (Amendment) Bill, 2019. Which has now become an Act has the power to prescribe percentage of the reservation and has been delegated to the government vide section 3 and 4 of the Act.

B D Kalla, the senior minister in Ashok Gehlot government, who was the minister in charge for introduce this Bill said: “The article 38 of the Constitutions enjoins upon the state that it shall strive to promote the welfare of the people by securing  and protecting as effectively as it may, a social order under which  justice, social economic  and political  shall inform all  the institutions of the national life. It further mandates that the State shall, in particular, strive to minimize inequalities in income and endeavour to eliminate inequality in status, facilities and opportunities. Article 46 of the Constitutionals mandates that the State shall promote, with special care, the educational and economic interest of the weaker sections of the people.”

Though the principle of proportionality is not applicable under Articles 330 and 332, however, the proportion of the backward classes to the total population of the State is a relevant factor while determining the extent of the reservation.

“When the Central government provided reservation to backward classes in the year 1993, the proportion of the population of backward classes at the national level was 52 per cent and the reservation provided was 27 per cent. Since the population of the backward classes in the state of Rajasthan is estimated by the  State Backwards Classes Commission to be about 52 per cent, therefore looking to the volume of the population, the percentage of reservation for the backward classes need to be increased. Since all the castes included in the list of backward classes are at different stages of social and educational development and therefore the objectives of   directive principles of the State policy mandated in the Act cannot be fully achieved unless these classes are sub-divided in backward and  More Backward Classes ( MBC) according to the level of  their social and educational development . Thus the government proposed that instead of delegating power to the state government for prescribing percentage of reservation, the provision of the percentage of reservation for more backwards classes should be made by amending the Act’s section three and four. The Bill was introduced with this sole objective and passed,” added Kalla.

But, how do this Act will stand the scrutiny of the judiciary is to be seen.