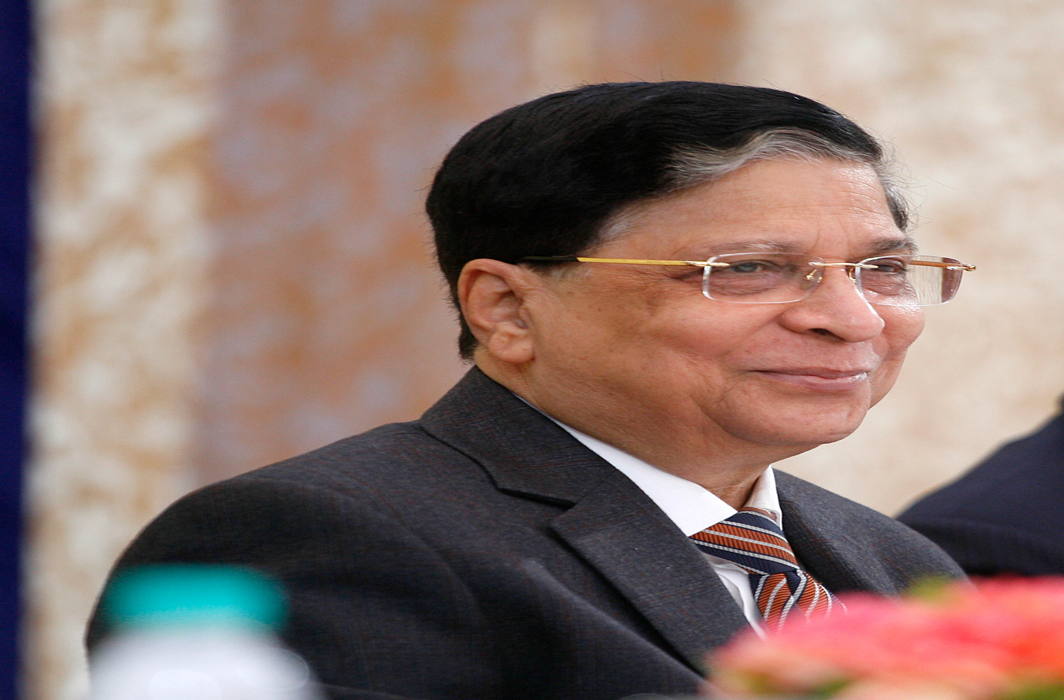 The Supreme Court’s path-breaking judgment on parliamentary standing committee reports being admissible as evidence in court, passed by a bench led by CJI Dipak Misra, has earned kudos

A five-judge constitution bench comprising Chief Justice Dipak Misra and Justices AK Sikri, AM Khanwilkar, DY Chandrachud and Ashok Bhushan recently passed a landmark judgment in which reports by standing parliamentary committees can be admissible as evidence in a proceeding so long as it supports the case put forth by any PIL or a writ petition.

The Court directive, though restricted, has been lauded in several quarters as a path-breaking move, with it allowing such reports as admissible evidence. Despite the basic separation of powers, this acknowledgement of the Executive’s work has created a bridge, whereby there can be future cooperation, feel experts.

The bench held that in the cases filed under Articles 32 or 136 of the Constitution, the court can take notice of the parliamentary standing committee reports and these can be relied upon for interpretation and judicial review admissible under the Evidence Act without challenging them in the court of law.

The judgment, however, made it clear that such reports “…can be taken aid of for the purpose of interpretation of a statutory provision wherever it is so necessary and also it can be taken note of as existence of a historical fact. Judicial notice can be taken of the Parliamentary Standing Committee report under Section 57(4) of the Evidence Act and it is admissible under Section 74 of the said Act.”

Admitting a document from the Executive is a huge step as it may or may not have legal sanctity and may also not have scientific approval.

The judgment came while hearing a PIL filed by social activists challenging the Drugs Controller General of India and the Indian Council of Medical Research’s approval of the Human Papilloma Virus (HPV) vaccine, manufactured by GlaxoSmithKline Asia Private Limited and MSD Pharmaceuticals Private Limited for cervical cancer patients. The approval was given despite a parliamentary standing committee report opposing the use of the vaccine. Reportedly, several women had died in Gujarat and Andhra Pradesh during a trial run of the vaccine. However, the Court also said that no one can challenge, impeach or question any MP for what is stated in the course of proceedings in court.

Reacting to the judgment, Justice RB Mishra, former Acting Chief Justice, Himachal Pradesh High Court commented: “There is no breach of parliamentary privileges here. This is the first judgment which has commented on standing committee reports. The report takes into account facts, studies, etc.” He, of course, said that the court cannot “interfere with those (parliamentary) privileges”. But, referring to the particular issue, he said:  “It is an important study. The facts, background study, historical facts can be taken as evidence.” 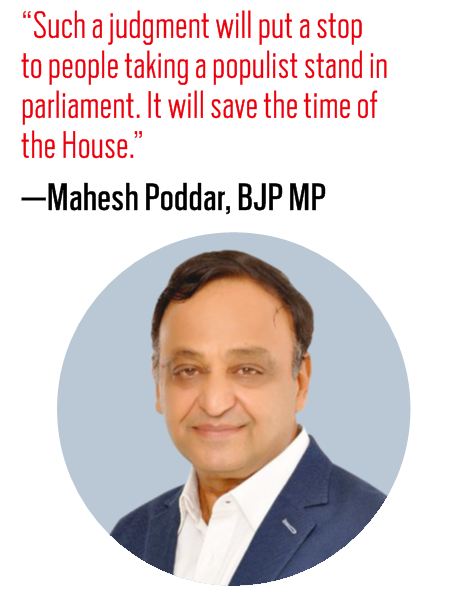 According to PH Parekh, senior advocate, Supreme Court, the sovereignty of Parliament should be maintained and for that, the court should not interfere in the process of the House but can make use of the reports.

Says Abhishek Dixit, commandant, Tamil Nadu Special Police at Tihar Jail: “The judgment is beautifully crafted.  A court has taken a progressive outlook in the rights-oriented Constitution. At the same time, the court has imposed a restriction based on self-discipline. This has maintained a balance. The court has also made it clear that the reports are not conclusive and it can adjudicate on it independently. It will not be right to depend on it totally.”

There is enough credibility attached to such papers. Constitutional expert Subhash Kashyap says that once standing committee reports are laid before the House, they become a public document. “Not only the courts, anyone can quote it, make use of it, and express views with regard to it. But before the report is laid on the table, no outside interference is acceptable with the legislative process.” 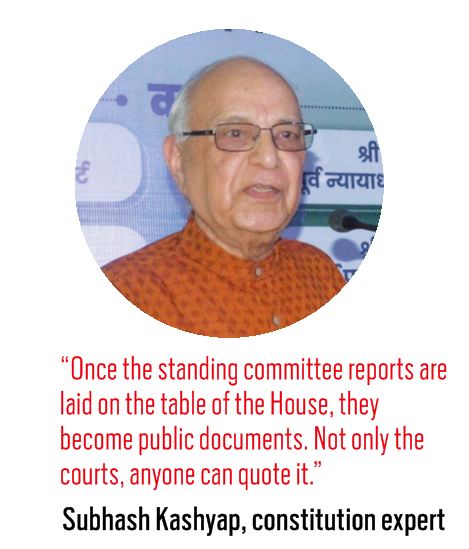 The ruling got the backing of the political class, too, with the participating MPs applauding the SC judgment. BJP MP Ram­ Charit Nishad said that the court has recognised the importance of the standing committee, though Majid Memon, who straddles legal and political platforms as a senior lawyer and member of the Rajya Sabha, said the Judiciary and the Legislative should first try to solve the conflict.

Congress leader and Rajya Sabha member PL Punia believes “this is a good gesture. The report is a privileged document. If it is used, there is no breach of parliamentary privileges”. He said that “relations between constitutional institutions are maintained”.

BJP MP Mahesh Poddar was of the opinion that “such a judgment will put a stop to people taking a populist stand in parliament. It will save the time of the parliament”.

The overall effect will need further study, but in admitting parliamentary committee findings as evidence, the Court has opened more angles through which a particularly complex issue could be understood.