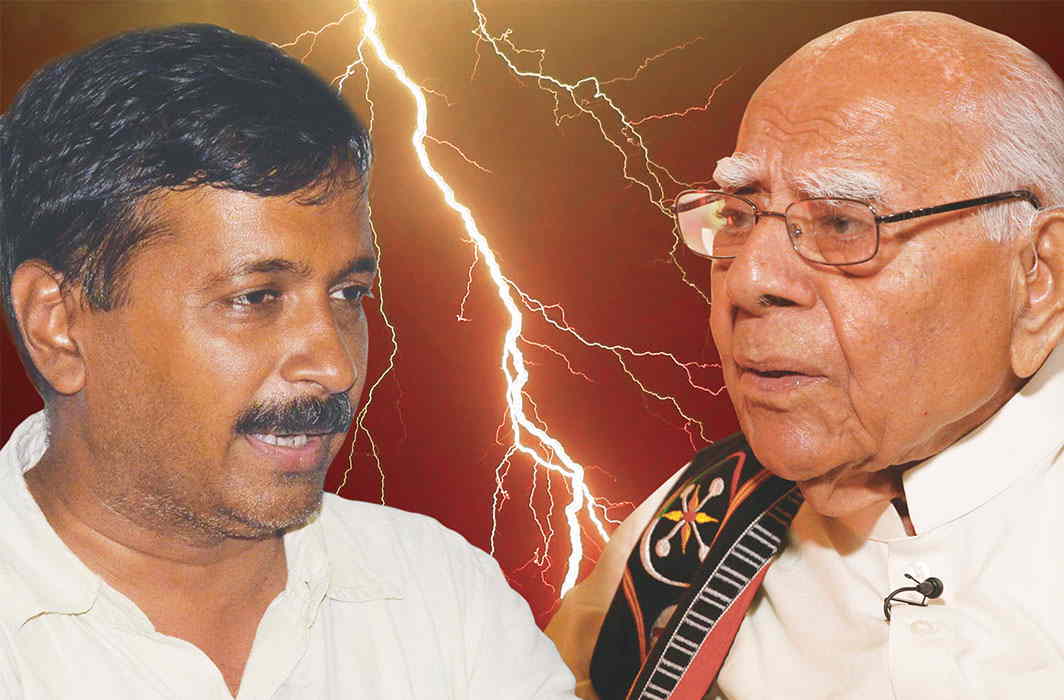 Ram Jethmalani, a nonagenarian and an accomplished advocate, has lived with controversies and shaped his political career by getting elected to the Rajya Sabha. He has continuously and uninterruptedly represented different political parties. The spat between him and Delhi Chief Minister Arvind Kejriwal in the defamation case filed by Finance Minister Arun Jaitley is an unsavoury episode in the relationship between the high-profile advocate and his equally high-profile client.

Advocacy is a glorified, ancient and honourable profession. The origin and development of advocacy is traceable to ancient Greek society. Clients, in order to present their case before court, used the services of orators and writers to draft their pleadings. In return, they were well-remunerated.

In the Roman republic, the role of an advocate was not just limited to drafting but he also appeared on behalf of the client to plead and impress the court with his oratorical skills. The Roman advocate was called patronous-causarum or patron and these professionals were experts in the science of law. The patrons charged no fee although it was not improper to accept a honorarium or gratuity from the client.

England witnessed the beginnings of advocacy in the 14th century. Associations like Lincoln’s Inn, Middle Temple, the Inner Temple and Gray’s Inn came into being and shaped modern advocacy in England, America, Canada and Australia, countries which follow Anglo-Saxon jurisprudence. Litigants were and even now are forced to engage advocates to defend their case because of their high legal skills and oratory.

In colonial India, the British established the tradition of English courts and regulated discipline and ethics of advocacy by enacting the Pleaders Act and Legal Practitioners Act. After Independence, the Advocates Act, 1961 was enacted to discipline the institution of advocacy.

The Bar Council of India is empowered to regulate the standards and etiquette of advocates. Conduct rules prohibit an advocate from acting as a mouthpiece of the client and he has to exercise his own judgment in the use of restrained language. The advocate owing duty to the court should prevent his client from sharp or unfair practices in relation to the court, opposing counsel or parties. The breach of canons of conduct amounts to misconduct, attracting disciplinary penalties.

Jethmalani, while cross-examining Jaitley in a defamation suit, put questions to slur his image and personality and also branded him as a “crook”. Most of the questions in the cross-examination were actually not needed for the defence of Kejriwal in the proceedings.

As an offshoot of the cross-examination, Jaitley filed another defamation case against Kejriwal. The chief minister disowned the cross-examination done by Jethmalani. This resulted in sharp differences between them. Jethmalani went into the public domain and asserted that it was at the instance of Kejriwal that he had grilled Jaitley.

In the context of conduct rules, Jethmalani cannot contend that he accepted the brief on behalf of Kejriwal to put defamatory questions to Jaitley during cross-examination; this is to a great extent impermissible under Section 146 of the Indian Evidence Act and to the proceedings in question.

It would be indefensible for Jethmalani to contend that as a mouthpiece of his client, he had put the questions to Jaitley.

An advocate at the insistence of his client may put any question of an offending nature only as a precaution under specific written instructions to absolve personal liability. Specific oral instructions, if any, have to be established and it would be difficult if the client contests the claim.

In the course of the proceedings, Jethmalani raised the legal fees to Rs 4 crore. When it was reported that his client was contemplating paying this from government funds, it created a flutter. Sensing this adverse reaction and how it would reflect on his personality, Jethmalani made a charitable statement that he would treat Kejriwal as a poor client and would not charge anything. He thereby waived his right to claim the legal fee whether on the basis of contract or quasi-contract.

Having once waived his right to collect the fee, Jethmalani would not be entitled by law to retract from his concession.

The spat between Jethmalani and Kejriwal is a sad episode which not only dents the image of the former if breach of conduct rules is tested to their logical end but has the inherent risk of threat to his professional career.