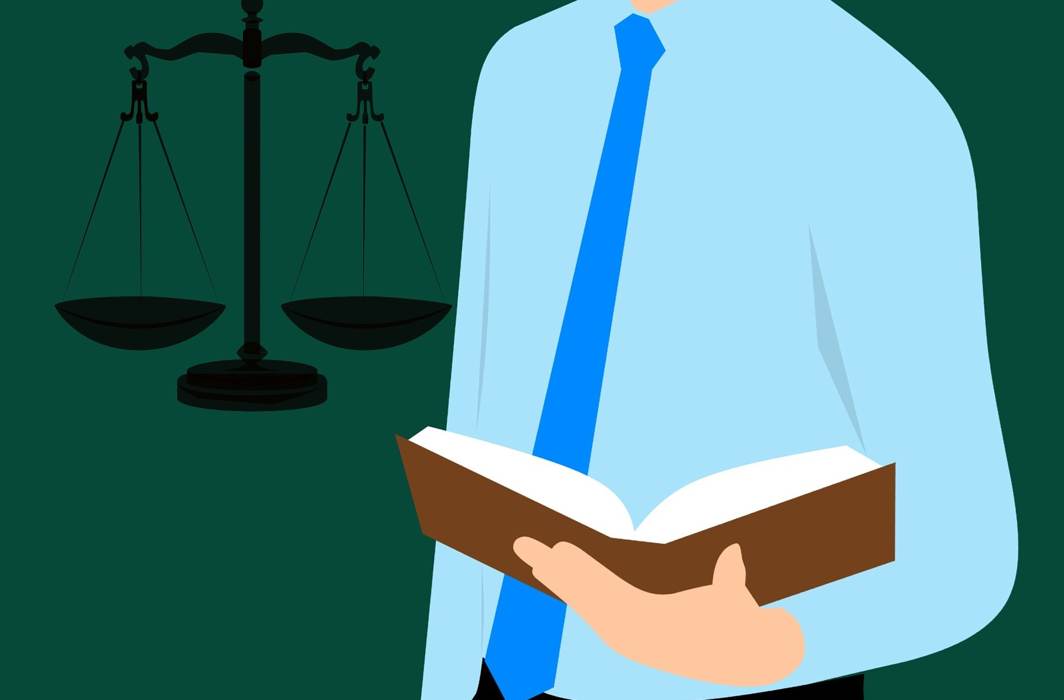 With vacancies in the government’s legal team remaining unfilled for several months, it is not clear how the centre hopes to fulfil its litigation objectives

There are vacancies among government judicial officers’ posts that will have a telling effect on litigation by the centre that is piling up. The centre has, apart from the attorney general for India (AGI) who is the topmost law officer, seven additional solicitor generals (ASGs) in the Supreme Court. While the AGI, KK Venugopal, who was appointed to the post on July 1 last year, has a tenure of three years, the posts of the solicitor general and four ASGs in the Supreme Court have been lying vacant for several months. In addition, there are 10 ASGs who represent the centre in different high courts. The posts of two ASGs in the Gujarat and Jharkhand High Courts have also been lying vacant.

The seven ASGs in the Supreme Court are Atmaram NS Nadkarni (whose term expires on May 9 next year), Maninder Singh, Tushar Mehta, PS Narasimha, Pinky Anand, Vikramjit Banerjee and Aman Lekhi (their terms expire on June 30, 2020). Three ASGs resigned—two last year and one this year.

The draft national litigation policy aims for the appointment of 19 law officers (including the AG and SG), and 34 ASGs in high courts. With vacancies remaining unfilled for several months, it is not clear how the centre hopes to fulfil its litigation objectives.

Recently, during a hearing on setting up a committee to oversee implementation of prison reforms, the AGI admitted before the apex court that there was a shortage of ASGs. This was when the Court requested him to spare the services of a full-time ASG for the committee.

It is well known that the centre is the biggest litigant before the Supreme Court and various high courts. The Central Agency Section (CAS) is responsible for conducting litigation before the Supreme Court on behalf of all ministries and departments of the centre, and on behalf of the National Capital Territory of Delhi, Union Territories and the office of the Comptroller and Auditor General of India, including its field offices.

All Special Leave Petitions (SLPs) on behalf of the centre are filed after obtaining the opinion of law officers through the CAS.  This office is looked after by a joint secretary, who is assisted by six government advocates and other gazetted and non-gazetted staff, as well as by six government panel counsel. During 2016, CAS received 3,468 new cases from various ministries/departments of the centre, and 239 files of NCT of Delhi and Union Territories. A major part of litigation pertains to the ministries of finance, central excise, income tax, railways, defence, CBI, and so on. 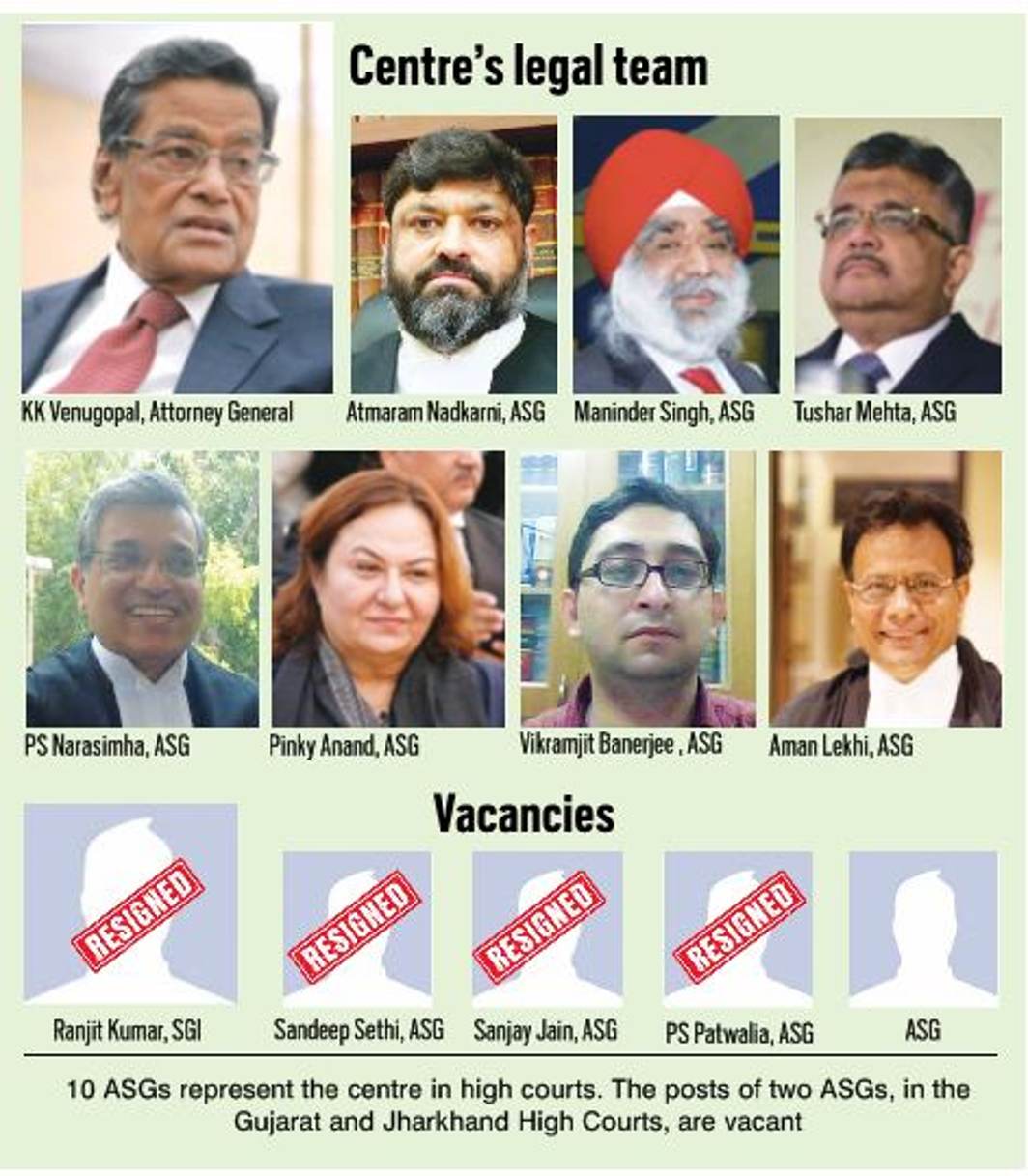 To conduct central government litigation before the Delhi High Court, there is one ASG, nine central government standing counsel, panels of senior counsel and government pleaders. In matters of public importance and involving complicated questions of law, one of the law officers, namely, the AGI, SGI or ASG, is engaged. Close liaison is maintained with the concerned departments and counsel to safeguard government interests in high courts and in the Supreme Court, claims the law ministry.

The draft National Litigation Policy aims to make the central government a responsible and efficient litigant. It aims to take preventive measures for reducing new filing of cases by prescribing a procedure for proper dealing with cases and avoiding litigation between government departments and PSUs through the intervention of empowered agencies.

It also aims to restrict appeals to the minimum by careful scrutiny of the implications of the judgment and making appeal an exception unless it affects the policy of the government. Minimal recourse to the Supreme Court under Article 136 of the Constitution to appeal against high court judgments is also contemplated.

Despite these laudable objectives, the law ministry has expressed serious reservations about the conduct of litigation by the centre. On March 7, it expressed unhappiness that some ministries and departments were approaching the law officers directly for seeking their opinion and advice rather than through it. As a result of such direct dealings, not only is the law ministry unable to coordinate the litigation efforts, but law officers also become unable to prioritise their litigation work on behalf of the centre.

The law ministry, through an office memorandum, informed the other ministries: “Rule of law demands that functions should be discharged by the authority on whom such functions are conferred in the manner prescribed therefore. The legal matters including interpretation of the Constitution and the laws is assigned to the Department of Legal Affairs in contradistinction to the individual officers vide the Government of India (Allocation of Business) Rules, 1961 and the Government of India (Transaction of Business) Rules, 1961.”

The memorandum underlined the restriction on the law officer in terms of Rule 8 of the Law Officers (Conditions of Service) Rules, 1987, which prevents such an officer from advising any ministry or department of the centre or any PSU unless the proposal or a reference is received through the department of legal affairs of the ministry of law and justice. The ministry requested law officers that in cases other than sub-judice matters, opinion/advice to central government ministries/departments/ PSUs/autonomous bodies or any other central government instrumentalities might not be tendered without getting reference from it.

On November 25, 2016, the cabinet secretariat drew the attention of secretaries of all departments and ministries to the fact that a number of SLPs and appeals are filed in the Supreme Court after expiry of the limitation period, and in some cases after considerable delay. Most such cases end in dismissal by the Supreme Court on the ground of delay, thus resulting in wastage of time and resources by the law officers.

Clearly, while there is an acute shortage of law officers to deal with the litigation work of the centre, there have been valid suggestions to streamline it and improve its effectiveness within the current constraints.

Although there are restrictions on law officers taking up cases on behalf of private parties, they can do so in exceptional cases with the prior consent of the Union law minister. This has led to some law officers frequently seeking such consent either before or after taking up private cases. Needless to say, this reduces the time these law officers spend on central government’s litigation, thus compromising their overall efficiency.