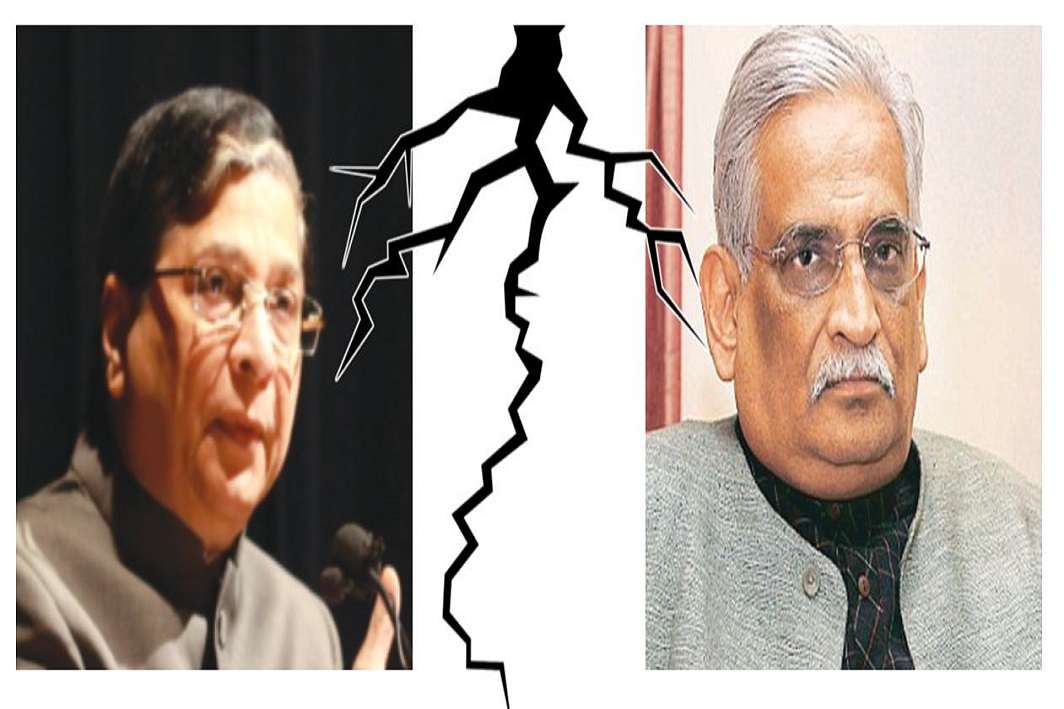 Recently, while a five-judge constitution bench of the Supreme Court was hearing the contentious Delhi versus centre power-sharing case, a heated debate broke out between Chief Justice of India Dipak Misra and senior advocate Rajeev Dhavan. It took an ugly turn and the chief justice reprimanded the lawyer in court. Dhavan announced his retirement soon after and even sent a terse note to the chief justice, saying the CJI could take back his senior advocate’s gown if he so desired. This issue has brought the lawyer-judge relationship under scrutiny and triggered intense debate. VIKAS SINGH, president of the Supreme Court Bar Association, gives his views to India Legal on this contentious issue. He has interacted with Dhavan in court

The legal profession is a noble one and it should remain as such. I joined this profession as a first-generation lawyer and in my initial years, I felt that the children of lawyers and judges had a head-start in the profession, giving me a feeling of disadvantage. However, with the passage of time and hard work, I could slowly rise in the profession to reach the position I am in today.

One of the more important facets of making a mark in this profession is to do adequate research before taking up any new case and to look at the interest of the client rather than looking at your own interest of making money. In my initial years, there were situations where I told my clients that they have no case in the Supreme Court and that the order of the High Court would be sustained. This advice was not liked by clients as they had come all the way to file their case and to ventilate their grievance rather than be told to go back and be satisfied with the High Court order.

Those clients ultimately went to other lawyers and got the petitions filed, but when their matter was dismissed, they remembered the good advice given by me. Hence, I grew in the profession by word of mouth of such clients as well as others whom I represented in courts.

I do not consider myself brilliant but I definitely feel that as a lawyer, I should try to give my best and secure justice for my client. I can attribute my success in the profession to hard work and dedication. There have been many brilliant lawyers in this country and among them a few would be Fali Nariman, KK Venugopal, Anil Divan, Harish Salve and Dr Rajeev Dhavan. 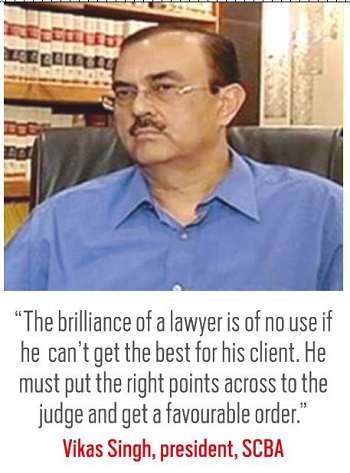 What makes Dr Dhavan different from others is that while they go about their vocation by trying to present the best side of the case to the court, he—who, of late had become a little arrogant—would argue a case as if he was doing the court a favour by enlightening it on the subject being argued.

Advocacy always entails arguing a particular matter to the best of one’s ability, keeping the larger interest of the client in mind and also realising that it is the job of an advocate to argue. The person who has to get convinced is the judge and only if he is convinced can an order in favour of the client be passed. The brilliance of a lawyer is of no use if ultimately, he is not able to get the best for his client. And this getting entails a two-way process—putting the points in favour of your client across to the judge and being able to convince the judge so that a favourable order is passed for the client.

I sincerely believe that the relationship between the bar and the bench should be based on mutual respect and accordingly, it is no part of the job of a lawyer to suffer any disrespect while presenting his case. The lawyer in his interaction with the judge should be treated equally as if there is an open discourse going on between two persons to understand the correct legal and factual situation arising in a particular case. The respect which a judge is entitled to get is not in his personal capacity but for the office he holds.

I have had the occasion to oppose Dr Dhavan in a large number of cases and I have found him to be obnoxious at times towards judges, which is clearly not required. In fact, his effort to get some judges recused in the Sahara matter has been adversely commented on in the judgment of Justice JS Khehar in Subrata Roy Sahara vs Union of India (2014) 8 SCC 470.

If a lawyer feels strongly about a particular point, he needs to express it in no uncertain terms, but it is no part of a lawyer’s duty to try and browbeat a judge or to misbehave during court proceedings. In my various confrontations with the judiciary, the necessity for confrontation arose only when the judges were not allowing me to speak or when they wanted to give certain directions which were beyond the scope of their powers. This includes suggesting names of the Forest Advisory Committee to the central government when clearly the said discretion was exclusively vested in the government.

As long as a judge is ready to hear a matter, I do not see why any lawyer should have any grievance with him.