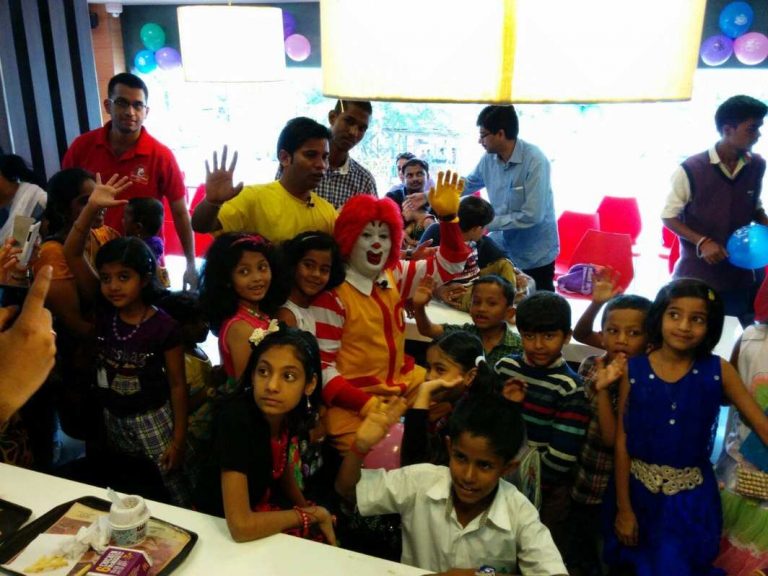 Above: Over 10,000 people stand to lose their jobs if McDonald’s outlets continue to shut down. Photo: Facebook/McDonaldsIndia

McDonald’s and its Indian partner, CPRL, have been locked in a legal battle for four years and attempts to come to a truce have failed at a recent hearing of the National Company Law Appellate Tribunal

Hungry kya? If you are one of those dreaming of succulent burgers dripping with melted cheese, crispy fish fillets or crunchy fries, there is some unappetising news. As many as 43 of McDonald’s outlets downed their shutters in June and more could follow.

A four-year legal tussle between Vikram Bakshi, the managing director of Connaught Plaza Restaurants Ltd., (CPRL), which is in a 50:50 joint venture (JV) with McDonald’s India Pvt. Ltd (MIPL), the local arm of the US fast food giant, is threatening to shut down 169 of its restaurants. Over 10,000 may be rendered jobless. At a hearing on August 30, MIPL told the National Company Law Appellate Tribunal (NCLAT) that it does not want an out-of-court settlement with Bakshi.

Earlier, the Tribunal had asked both parties to settle their disputes so that the food outlets could be operational. Hong Kong-based Barry Sum, Director, Asia Foundational Markets, McDonald’s Corp., told India Legal: “We have informed NCLAT that we wish to proceed with the appeal. NCLAT has scheduled the next hearing on September 21 for us to present the arguments of the appeal. We also informed NCLAT that it has come to our understanding that Vikram Bakshi has recently caused CPRL to make some unauthorised payments to himself.”

SJ Mukhopadhaya, chairperson of NCLAT, which is hearing the two separate appeals, remarked that there does not seem to be a chance of any amicable settlement. Bakshi is now saying that he hopes for a fair evaluation as he holds half of the stake.

CPRL had a license from McDonald’s to run restaurants in east and north India for 20 years, but the JV has run into trouble. In the last week of August, 2017, McDonald’s terminated its franchise agreement with CPRL. This means that CPRL will no more be able to use McDonald’s names, food recipes, trademarks, branding, designs or its operational and marketing strategies.

According to Ron Christianson, the global head at McDonald’s Corp., the termination took place as CPRL had violated agreements and not paid royalty for two years. This means that it will have to shut the 169 outlets that it runs. However, McDonald’s operations in west and south India will not be hampered as it is managed by Westlife Development Ltd., another franchisee.

Bakshi took his case to the Company Law Board in India, while McDonald’s has been involved in arbitration in the London Court of International Arbitration. The verdict is expected sometime this year. In mid-July 2017, the National Company Law Tribunal ruled that the August 2013 proceedings by the Board of Directors of CPRL where it had ousted Bakshi was illegal and reinstated him. The Tribunal also appointed retired Justice GS Sanghvi of the Supreme Court to try and break the deadlock. Bakshi said he is vindicated and McDonald’s said it is contemplating other legal options.

In August 2017, McDonald’s shot off a notice to CPRL cancelling its franchise agreement for allegedly breaching the contract. As the license was for 20 years, Bakshi is likely to challenge the termination notice. CPRL did not respond to queries by India Legal. 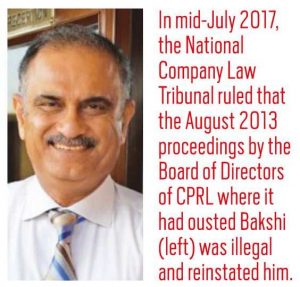 Due to the tussle between Bakshi and McDonald’s, CPRL shut down 43 restaurants in June 2017 as it did not get the mandatory regulatory health licenses. Among the four directors of CPRL, two are foreigners. The other two are Bakshi and his wife, Madhurima. Bakshi wrote to the two foreign directors that he was not contemplating renewal as there were serious issues of unsafe food with some of the outlets. The two foreign directors washed their hands off the responsibility of day to day operations that would examine hygiene and quality. Bakshi’s stand was that he could not be held responsible as he had been removed as the managing director.

The ugly corporate spat has hit the growth of McDonald’s, allowing competitor Domino’s which was far behind five years ago, to race ahead. In 2011, McDonald’s notched up sales of Rs 1,143 crore. After the JV showed cracks, Domino’s has surged ahead with annual sales of Rs 2,502 crore. With a huge population, India is a captive market for fast food which is estimated to be about $1.5 billion and has the potential to annually grow by about 15 percent.

Newspapers in the US say that McDonald’s is looking for a new partner in north and east India. Bakshi suspects that the US food major is planning to give it to an operator who presently runs its outlets in south India. Even if there is peace, which at the moment seems highly unlikely, it is going to be difficult for McDonald’s to regain its position in north and east India. And it will not be easy for consumers to forget that there were numerous instances of foreign objects being found in its fast food items in the last few years. This included worms and even a fried lizard!

Today, the consumer has many other fast food options. Only a marketing miracle can bring the Big Mac back to the Indian palate and get people to say: “I’m Lovin’ it.”