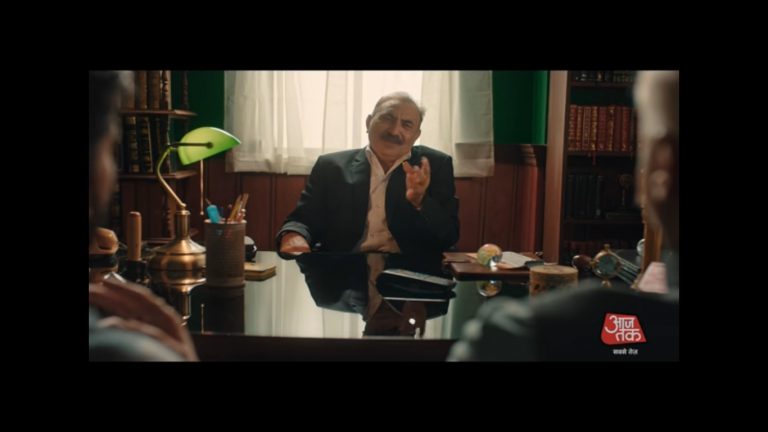 Above: The Aaj Tak promos show a lawyer, a doctor and a real estate agent in poor light, causing protests from the Bar Council of Delhi

Lawyers in Delhi, upset at their fraternity being portrayed in a bad light in Aaj Tak’s TV promo, have sent a legal notice to the channel

Last week, the Bar Council of Delhi (BCD) sent a legal notice to the TV channel, claiming that its promo in which a lawyer is shown taking money from the relatives of one of the accused in a rape case defames the legal community.

In the notice, the BCD said it has taken a serious view of the programme where in a series of promos titled “Saare Jahan Se Sacha”, one of the promos shows negotiations between a lawyer and his client (father of the accused) about a rape case during which the lawyer is shown saying, “Bachche hain, galti ho jaati hai” (They are kids, they make mistakes) and shamelessly demanding fees and extracting a bundle of notes from the client to do the needful to bail out his son.

The notice, sent through Vishnu Sharma, secretary of BCD, said: “The above mentioned promo is indubitably defamatory, casting serious derogatory aspersions on the legal profession. The manner of presentation of a lawyer denigrates, scandalises and causes disrepute to the legal profession in public, seriously damaging the image and reputation of members of the profession. The contents of the ad/promo of your TV programme is against the dignity, integrity and image of lawyers and demeans the whole issue of crime and violence against women, which is not expected from an esteemed institution like Aaj Tak”.

The notice demands that Aaj Tak immediately stop the telecast of the promo, and publicly tender an apology and mentions that failure to do so will compel the BCD to take civil and criminal action against the channel and the concerned persons. It also demands that Aaj Tak disclose the names with complete addresses and other details of the institutions/mediums/ channels where the said programme has been telecast till date and to deliver all the edi­ted and original footage of the said programme to the BCD.

KC Mittal, chairman, BCD, told India Legal that the promo “defames the entire legal fraternity. They must apologise or we are going to prosecute them for what they have done.” In its defence, Aaj Tak says the “promo highlights one of the fundamental needs in society—to be honest and true. In the current state of affairs where credibility is the only answer to unsubstantiated noise, it is important to have brands like Aaj Tak that carry the flag of truth in an environment that is sensationally driven”.

The “Saare Jahan Se Sacha” promo has three segments of about 45 seconds each. The other two show a doctor and real estate agent, respectively, in similar unflattering light. The doctor is seen forcing a patient to undergo a costly surgery that is not required; the realtor takes a middle class couple for a royal ride in the guise of selling them their dream home. There have been no prot­ests from doctors, or realtors’ associations.