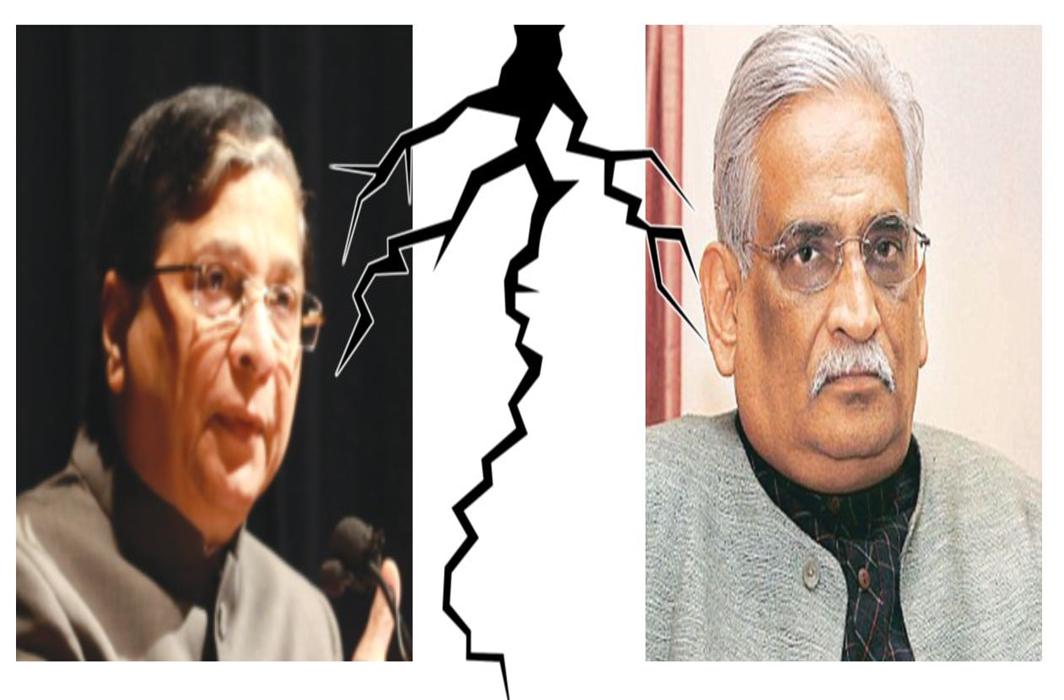 Recently, while a five-judge constitution bench of the Supreme Court was hearing the contentious Delhi versus centre power-sharing case, a heated debate broke out between Chief Justice of India Dipak Misra and senior advocate Rajeev Dhavan. It took an ugly turn and the chief justice reprimanded the lawyer in court. Dhavan announced his retirement soon after and even sent a terse note to the chief justice, saying the CJI could take back his senior advocate’s gown if he so desired. This issue has brought the lawyer-judge relationship under scrutiny and triggered intense debate. JUSTICE ASOK KUMAR GANGULY, a former judge of the Supreme Court and ex-chairman of the West Bengal Human Rights Commission give his view to India Legal on this contentious issue.  He has interacted with Dhavan in court.

In understanding judicial propriety in court, one must note that there is no written code regarding lawyer-judge interaction. In court proceedings, it is the accepted norm that when a lawyer addresses the bench, he should be to the point, brief and address the court showing proper respect.

When I was a judge in the Supreme Court, I had the pleasure of hearing Dr Rajeev Dhavan on many occasions. He is a very erudite lawyer and comes prepared for his case. But he is also a somewhat outspoken advocate, which means that he does not mind calling a spade a spade. During my judgeship at the apex court, I faced no occasion when a lawyer lost his cool while addressing me. This applies to Dr Dhavan as well.

As a corollary, I think a judge should also show proper respect to the lawyer. Respect and courtesy can never be a one-way traffic. It may happen that in the course of an argument, a lawyer may lose control over his freedom of speech, so to say, but in such situations, it is the judge’s duty to control the courtroom atmosphere firmly but in a dignified manner so that things don’t get out of hand. 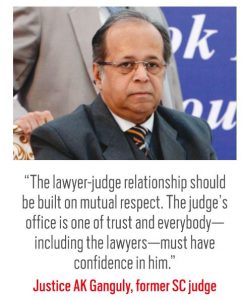 The judge’s duty is to do justice and the lawyer’s duty is to assist the court in coming to the correct decision. In the process, no one has a personal stake, but both have to function with a sense of duty and a high degree of rectitude. A judge should not let his ego get the better of him and neither should the lawyer. It is a learned profession for gentlemen. And both of them (judge and lawyer) are involved in discharging a very important function which involves a high degree of public interest. In that context, personal ego, likes and dislikes must take a backseat.

Whatever might have happened in court on that day is unfortunate and I request Dr Dhavan to reconsider his decision and start practising. I think he still has a lot to contribute to the development of our laws.

The lawyer-judge relationship in the highest court of the largest democracy in the world should be built on mutual respect. The office of a judge is one of trust and everybody, including the lawyers, must have confidence in him because justice itself is rooted in confidence and trust. A lawyer should never lose sight of the fact that it is ultimately the judge who will do justice to the case. His duty is to assist the learned judge with unfailing courtesy and in a dispassionate and objective manner. That is why he is called a counsel. And he must not be carried away by the passions and emotions of his client’s cause.

There have been many occasions when the judge did not accept the submissions made by the lawyer. In such situations, the lawyer should rely more on light than on fire, which means he should rely more on evidence and knowledge rather than letting enhanced courtroom decibels decide. A slanging match between a lawyer and a judge in a court of law is a disquieting situation for the client as he starts losing faith in the system and the whole thing becomes counterproductive.

The office of the judge and the judiciary as a whole is based on trust. If that is broken, then the system stands a chance of collapsing. Also, a senior lawyer should never try to browbeat any court or judicial tribunal, whether it is in a district or high court or the Supreme Court. A judge has to be respected everywhere. Judgeship is an institution of great honour and importance. Its efficiency cannot be impeded for the sake of our democratic functions.