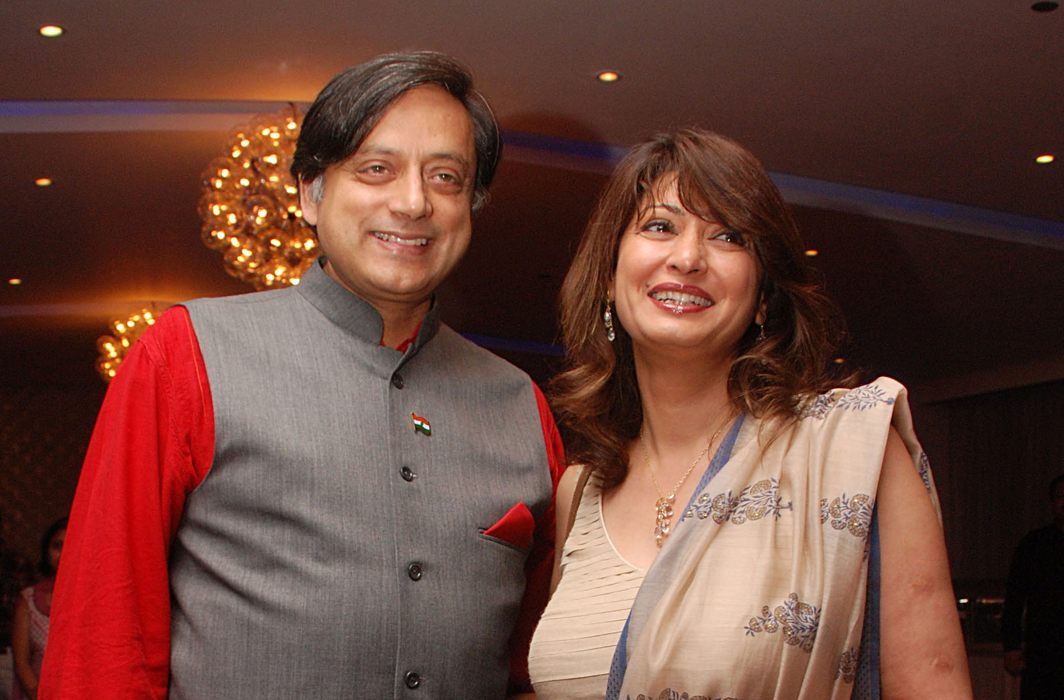 Above: Shashi Tharoor and Sunanda Pushkar

The chargesheet against MP Shashi Tharoor accuses him of abetment to suicide and cruelty but can the Delhi police prove that?

Although it’s been almost four years since Sunanda Pushkar, wife of Congress MP Shashi Tharoor, committed suicide, the issue has not died down. The Delhi police filed a 3,000-page chargesheet in this case in May before Metropolitan Magistrate Dharmendra Singh, accusing Tharoor of abetment to suicide and cruelty. Singh will take cognizance of the chargesheet on the next date of hearing.

The police has requested the court to summon Tharoor as the prosecution felt that his custodial interrogation is required as the chargesheet contains many medical reports. Narayan Singh, who was the domestic servant of the couple, is also a key witness in this case.

The couple married on August 22, 2010, but Pushkar was found dead in a South Delhi hotel on January 17, 2014. An FIR was lodged against unknown persons for murder on January 1, 2015. Despite this, Tharoor might come under scrutiny during the trial. Delhi police’s chief spokesperson Depender Pathak said that Tharoor was charged under abetment to suicide (Section 306 of the IPC) and cruelty (Section 498A).

However, some issues need to be looked into in this case. One is that though Section 309, which relates to attempt to commit suicide, is still there in the IPC and punishable with one year imprisonment, it has been decriminalised under the Mental Healthcare Act. It considers a failed attempt to suicide as a stressed act. Section 309 says: “Whoever attempts to commit suicide and does any act towards the commission of such offence, shall be punished with simple imprisonment for a term which may extend to one year or with fine, or with both.” One of the clauses in the said Act states that the government “shall, in particular, plan, design and implement public health programmes to reduce suicides and attempted suicides”.

But the question to be asked is this: If an attempt to suicide is not punishable under law, then how can a person be punished for abetment to suicide? After all, the offence of committing suicide is far greater than that of abetment. Further, as there is no suicide note by Pushkar, how can one allege that Tharoor subjected her to cruelty? The reason for this suicide as reported in the media, seems to be an alleged extramarital affair of Tharoor and which constitutes mental cruelty by him.

In KV Prakash Babu vs State of Karnataka, the Supreme Court held in 2016 that a mere extra-marital relationship by the husband cannot be constituted as “cruelty” and cannot attract Section 498A or 306 of the IPC. Justice Dipak Misra had observed: “Having said that we intend to make it clear that if the husband gets involved in an extra-marital affair that may not in all circumstances invite conviction under Section 306 of the IPC but definitely that can be a ground for divorce or other reliefs in a matrimonial dispute under other enactments.”

The bench also referred to a 2015 case—Ghusabhai Raisangbhai Chorasiya vs State of Gujarat—and observed that even if an illicit relationship is proved, Section 498A cannot be imposed unless other evidence is brought on record to establish mental cruelty.

It looks like the Delhi police has bitten off more than it can chew as it will find it difficult to prove the charges against Tharoor.