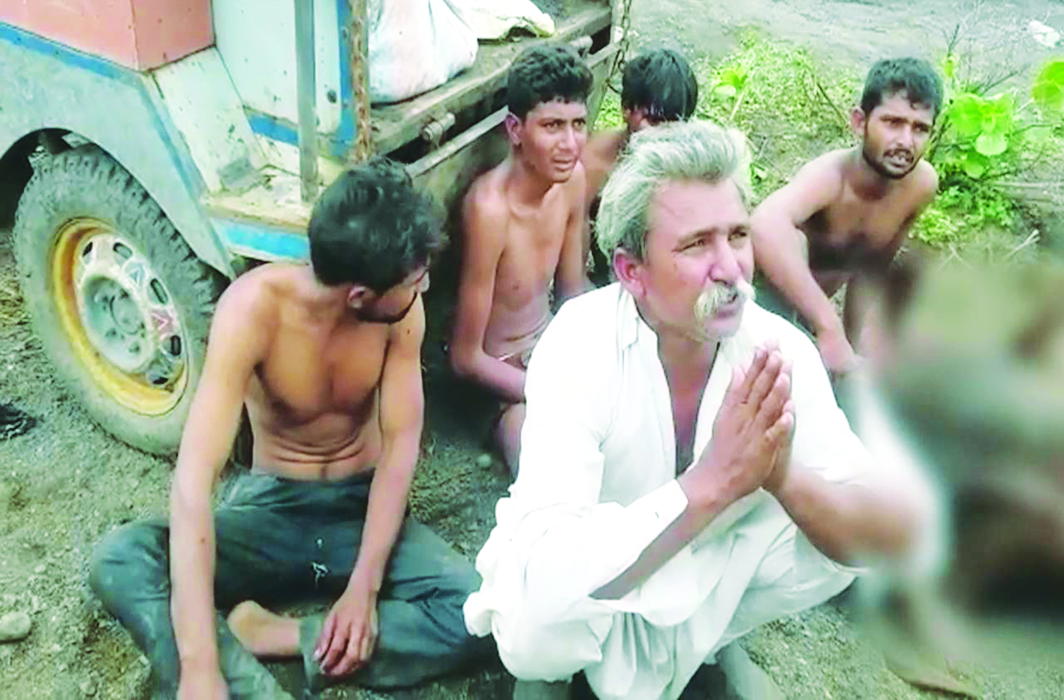 Four Dalit youths who were beaten up in Gir-Somnath district of Gujarat for possessing beef. Photo: youtube.com

Even as Dalits protested against the dilution of the Scheduled Castes and Tribes (Prevention of Atrocities) Act, few have noticed that there are hardly any special courts to try these cases

In a stark example of the right hand not knowing what the left is doing, scores of Dalits recently protested against the perceived dilution of the Scheduled Castes and Tribes (Prevention of Atrocities) Act, 1989 (POA) by the Supreme Court while not taking note of the fact that there were no courts to implement the Act itself. The POA seeks to protect Dalits and tribals against atrocities by other castes through special courts in each district in the country. But only 170 out of 650 districts in the country have a special court and only 14 out of 30 states actually follow this practice.

Gujarat, with a population of 7 percent Dalits and 8 percent tribals, till 2016 did not deem it fit to have one special court for them under the Act. Similarly, Maharashtra, which has been in the vanguard of the anti-POA stir, still does not have more than five special courts, though it has a practice of screening complaints by Dalits through 15 panels under the SC/ST Commission.

Perhaps the only special courts working today are CBI special courts which handle cases under the Delhi Police Act. Even the National Investigation Agency Act or the Narcotic Drugs and Psychotropic Substances Act, 1985 are bereft of any special status and cases under them are handled in designated courts with a district judge attached to them, sometimes part-time.

The Dalit uprising following the suicide of Rohith Vemula and the rise of Dalit leaders in Gujarat prior to assembly elections there, may have forced an amendment of the POA in 2015, but it appears to have had little impact so far. Though the Scheduled Castes and Scheduled Tribes (Prevention of Atrocities) Amendment Act, 2015, specified further action in many cases of atrocities, Dalit activists believe there is a dichotomy between the written word and what is being practised.

SINGLED OUT AS TARGETS

Some of the atrocities on Dalits are horrendous—tonsuring of the head and moustache, denying access to irrigation facilities or forest rights, garlanding with chappals, compelling them to dispose of or carry human or animal carcasses, dig graves, do manual scavenging, dedicating SC/ST women as devadasis and abuse in the name of caste or economic boycott, removing the garments of SC/ST women and acts or gestures of a sexual nature against them.

The amendment envisages special public prosecutors to try offences under the POA Act. Special courts are supposed to have the power to take direct cognisance of the offence and as far as possible, complete trial of the case within two months from the date of filing of the chargesheet. But when there are no special courts, these stipulations are actually meaningless.

“State governments will have to show more willpower to tackle cases registered under POA,” said Nand Kumar Sai, chairman of the National Commission for Scheduled Tribes. He also said that though Scheduled Tribes are also covered under the Act, very few cases are registered by STs under the Act. On an average, 25,000 cases of atrocities are registered every year, mostly in UP, Bihar and MP. Sai believes less than 10 percent are based on complaints by tribals. Advocates who have dealt with atrocity cases say that it is the scheduled castes who feel more slighted against and have a historical backlog of emotional and physical hurt.

What Dalit activists need to focus on is the pendency rates in courts for cases filed under POA. They are huge. The national average itself is about 84 percent. But states like Maharashtra, UP and West Bengal have a pendency rate well above the average. And in the absence of exclusive courts, these cases will only go up.

When you compare the pendency rate of POA cases against Prevention of Corruption Act, 1988 (POCA) cases, the priorities of the state become more pronounced. There are special fast-track courts being set up under POCA, although the total number of cases registered is just 1/10th of those under the POA.

Immediately after the apex court pronounced that agencies require prior investigation before registering cases under POA, Additional Director General of Police in Chhattisgarh RK Vij issued an advisory on April 6 to all police stations in the state. It asked them to strictly adhere to the SC guidelines and not register cases, something Dalits have been agitated over. An embarrassed state government is now a petitioner in the Supreme Court for review of the judgment after it had to hurriedly withdraw Vij’s order.

The central government has been mulling an ordinance to overrule the SC order, while the top court itself has been at pains to explain that its order did not mean dilution of the Act itself. At such a juncture, the Union government might do well to focus on real time establishment of special courts to speedily dispose of cases and deliver justice to the downtrodden as envisaged in the Act.

Between 1950 and 2015, nearly 28 statutes mandated the establishment of special courts. These statutes bestow the powers of district and sessions courts on special courts to ensure speedy and effective trial, even though these courts differ from quasi-judicial bodies, tribunals and commissions.

Available data, however, shows that there is no exclusivity about special courts. It’s just jargon. The problem in implementation of these statutes arises from the fact that the law makes no differentiation between special courts and designated courts, while state governments do. Setting up a special court may require new infrastructure and facilities, whereas a designated court merely adds additional responsibilities to an existing court.

In a study, it was found that at least 15 statutes specifically provide for setting up of special courts but state governments have mostly taken the designation route. For instance, for something as important as the NIA Act, every state government has merely designated a district judge.

Lack of a sufficient budget for infrastructure and the financial burden of salary and maintenance on the state exchequer are said to be the main reasons for taking this route, but another reason could be lack of proper judicial officers and the process of selection of judges itself.

While the statutes make a distinction between regular courts and special courts, they do not formulate a different policy for recruitment of judges and court staff. State governments are left to their own devices and the result is there for all to see.

The Union law or finance ministry has also never budgeted for special courts nor provided state governments incentives for establishing them. While High Courts have been provided with budgets for the Lok Adalat and such, there is no provision for special courts. Until that happens and a unified policy for recruitment or deputation to special courts is devised, states are likely to continue cutting corners.