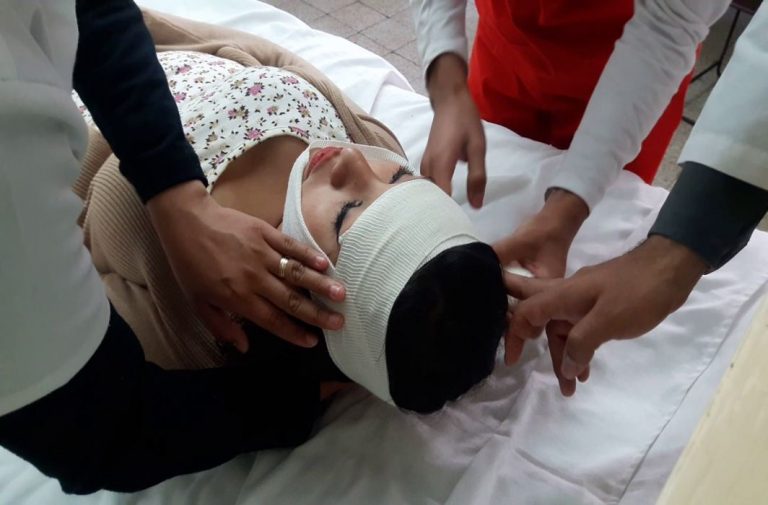 Within a day of Sunanda Tharoor’s death on January 17, three theories emerged about how she died. Suicide, murder, and accidental overdose of drugs. Since there were no eyewitnesses, and none has come forward until now, the police investigations revolved around circumstantial evidence, forensics, and medical reports. The most crucial among them was the post-mortem report by AIIMS, the statefunded hospital in New Delhi.

The police seemed convinced that it was a case of either suicide or overdose. The conclusion was probably a hurried one, especially when Sudhir Gupta of AIIMS, who headed the three-member panel to conduct the autopsy, announced a few days after the death that it seemed “sudden and unnatural”. India Legal’s investigations indicated that there was more to the case than what had been revealed till now.

Consider, for instance, the post-mortem report. According to a directive by Delhi’s lieutenant governor, controversial and mysterious cases like Sunanda’s should be handled by a three-member medical panel. The reason: a single doctor conducting a post mortem could be manipulated or influenced by interested parties. Logically, one would assume that the three doctors would be from different hospitals or mortuaries.

Curiously, in Sunanda’s case, they were from the same hospital, AIIMS, and from the same department—forensic medicine. The panel was headed by Sudhir Kumar Gupta, professor and head of department, and included Adarsh Kumar, assistant professor, and Shashank Pooniya, senior resident. This created the first doubt about the veracity and objectivity of the post-mortem report.

A forensic doctor from another hospital asked: “How can the three-member panel be dubbed independent or impartial, if it was headed by the senior-most doctor in a department, and included two junior colleagues? Could the juniors question the conclusions reached by their senior? Wouldn’t the fear of a bad annual confidential report, which a senior submits about his juniors, compel the latter to toe the head of department’s line?”

Several sources that India Legal spoke to maintained that this had become the norm with the Delhi police. In several cases in the past few years, the post-mortem panel of doctors was constituted to include forensic professionals from the same hospital or mortuary. This helped the police to extricate a tailor-made report that proved its suspicions, rather than raise fresh questions.

In fact, there have been a few cases where post-mortem reports were conducted by independent panels, which provided breakthroughs to the police. One such case dealt with the death of Anju Illyasi, the wife of TV journalist Suhaib Illyasi, in January 2000. One of the panel members concluded that the knife wounds on her body were not selfinflicted and, therefore, it was a case of murder, and not suicide. This forced the investigators to pursue a different path.

A source who insisted on anonymity alleged there was informal pressure from the union health ministry, which monitored AIIMS and Delhi police in such criminal cases, to gloss over uncomfortable issues that Sunanda’s post-mortem would have raised. Although this could not be proved conclusively, the post-mortem did seem like an exercise in haste.

Circumstantial evidence indicated that foul play could not be ruled out. For example, hours before her death, Sunanda’s tweet hinted that she expected her death. In phone calls to friends and journalists, she claimed that she would reveal everything she knew about Tharoor’s role in the IPL controversy in 2010.

In 2010, when a consortium purchased an IPL franchise, Kochi Tuskers, Sunanda was given a 25 percent sweat equity in the company, which was free and in perpetuity. The allegations were that Sunanda got it only because the union minister was lobbying for the team. Was Sunanda’s murder related to the IPL or to links in Dubai (where both lived for a while), and the underworld there which controls illegal betting and match fixing in cricket?