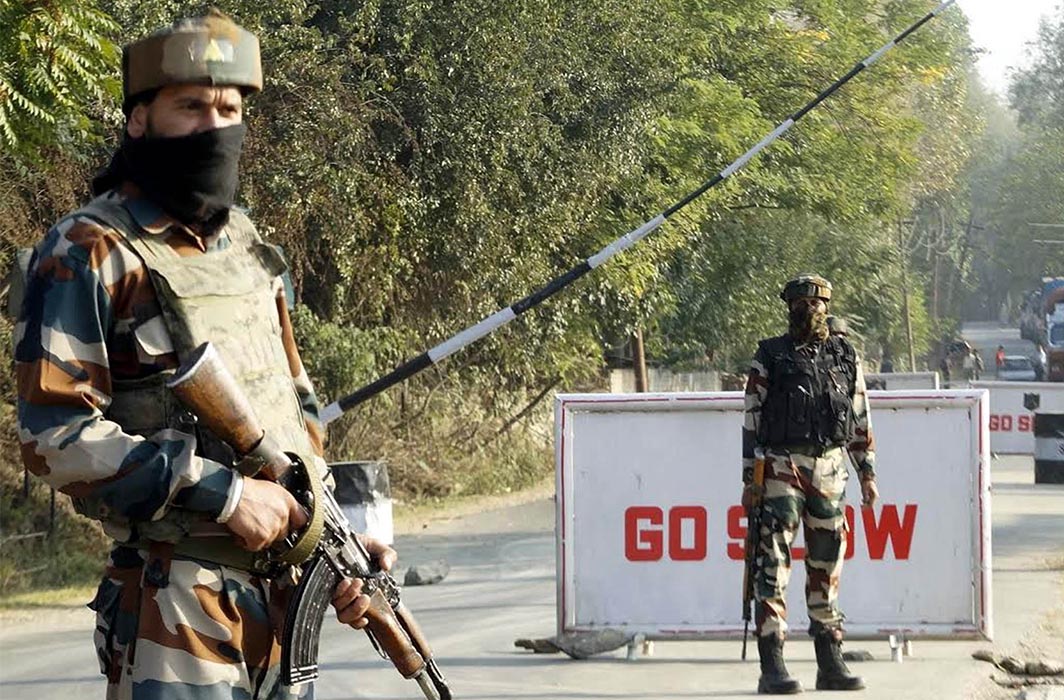 Repeated infiltration by terrorists into army camps shows the vulnerability of the army. It is time the defense forces girded up to tackle new realities in an era of suicide bombers

It began with Pathankot, went on to Uri and then, Nagrota. In all three cases, terrorists were able to breach India’s defenses. Why were the security lapses repeated at a time of heightened tension between India and Pakistan when Kashmir and Punjab were both on high alert? Both Uri and Nagrota are in Jammu and Kashmir which has been on the boil since summer. Why are the defense forces not able to stem such breaches?

There are no easy answers to these questions. The second largest army in the world has exposed its vulnerability time and time again. After Pathankot, Defense Minister Manohar Parrikar had declared that he would make sure that this kind of security gap would be plugged. But in Nagrota the same lapses were evident.

Condemning Pakistan is not enough. We need to fix our defenses. Former foreign secretary Shyam Saran has been consistently speaking of India putting its house in order. “Look to secure yourself—that is the priority.’’ The rest of the world can only sympathize and condemn terror. Beyond that, there is little else they will do. Getting the world to condemn Pakistan for encouraging anti-India groups to strike across the LoC is all very well. Nor is it a difficult task. All countries, in fact, all sane human beings, will condemn terrorism. During the BRICS (Brazil, Russia, India, China, South Africa) summit and the outreach meeting which followed, Delhi spent time and energy to target Pakistan.

At the UN and in every multi-lateral forum, India has not missed an opportunity to highlight terror emanating from across the border.  During the Heart of Asia conference in Amritsar recently, Indians were delighted with Afghan President Ashraf Ghani’s tough words for Pakistan. But condemnation is good for the domestic constituency and winning television TRPs. Apart from a feel-good factor, it is neither here nor there. It is part of the diplomatic game. The Modi government and its National Security Adviser must seriously consider why neither the Indian army nor paramilitary forces have paid much heed to ensuring that terrorists don’t get access into India.

Soon after the terror attack on the frontline Indian air force base of Pathankot early this year, a tri-Service committee headed by Lt General (retd) Philip Campose was ordered to investigate the incident. The panel went into the security lapses and also recommended measures to shore up security in defense installations. That report was submitted in May, but the drill does not appear to have been followed through.

“The committee identified loopholes as it existed at that time, which need to be plugged on priority with a combination of means—technological, physical and procedural,’’ said General Campose to India Legal. “The challenge for commanding officers of every unit is to ensure 24×7 alertness and robust counter-measures, backed by high levels of technology, equipment, motivation, training and security audits,’’ he added.

One of the recommendations of the committee was: better response to intelligence-based alerts about impending terror attacks (very often the red tape in the defense bureaucracy also ensures that all messages take a round-about route to reach). This is especially important as intelligence alerts are often missed, including that on Pathankot. The committee also called for overhauling of the Defence Security Corps, with better-trained and younger people, raising quick reaction commando platoons in high-risk areas, bullet-proof jackets and better weapons for soldiers.

While these measures take time, the question of repeated security lapses which result in loss of lives is unpardonable. The army loses its own officers and men, and yet nothing moves. Major-General (retd) Ashok Mehta admitted that security is lax in the outer perimeters of army camps. “Terrorists have been scaling the walls, so the walls need to be guarded better. The focus generally is on the main entrance or as we say, the technical installation. The ideal situation is uniform security around the camp but securing the entire area requires more resources and is costly. Usually for a while after a major incident, there is general awareness all around, but this slips after a few months and the usual complacency kicks in.’’

Much of this has to do with the general “chalta hai’’ attitude of Indians as a whole. But when the damage inflicted by a small group of three terrorists puts lives at stake, surely shouldn’t this be tackled on a priority basis?

In its defense, the army points out that for every one lapse, there are 20 other attacks which are foiled by various units. The public doesn’t get to hear of these. Also, there are hundreds of army units spread across Kashmir and Punjab, and fool-proof alertness is out of question. These units, according to army sources, are watched all the time by “sleeper cells’’ operating in the area. There are also sympathizers watching every movement of the targeted camps. Whenever a weak spot is found, it is exploited.

It is common sense that the perimeters of every army camp should be well-guarded. The days of ordinary barbed wire fences are long over. Electronic fences are in order and the walls around an army unit must be at least 8 to 10 feet high. Electronic fences are able to detect the slightest movement around. A second fence about 20-40 feet should be fitted with cameras, which allows the control room to see if there is any breach in the forward perimeter. Also, watch towers and manned guards are a must. Visibility at night is also important, so night vision goggles should be provided.

“Patrolling an area by marching up and down with a gun in hand is hardly going to provide security. In fact, the men become sitting targets for terrorists. There is more to security than meets the eye,’’ said Ajai Sahni, Executive Director of the Institute for Conflict Management and a counter-terrorism expert.

“The security in our defense installations was designed for an earlier gentler era when terror threats as we see today were non-existent. This is why there is no strict segregation of civilian and military quarters in many camps. When families live inside a camp, strict security drills are not followed and so we see the easy breach of security at the perimeters of defense installations,’’ said Sahni. “It is time for the government and the army top brass to realize that things cannot be as they were in the past. The whole system needs to be overhauled and funds are needed to equip the army, navy and the air force with advanced technology. A new concept of security must be put in place to deal with new realities in an era of suicide bombers,’’ he said.

Cantonments in the British days, he explained, were generally built away from the main cities and towns and usually isolated. But as the pressure of population increased, towns and cities expanded into the fringes of cantonments. Now many are in the heart of cities and towns. This expansion presents its own set of problems. Those who plan terror attacks are in a better position to watch the movement of the army find the weak points and pass on the information to terror modules.

Hauling up the entire security system needs both time and money. Funds are required to have multi-layered protection across army camps in sensitive border areas. It is up to the Modi sarkar to give the army what it requires. Promoting love for the army through gimmicks like Diwali-sandesh are of little consequence unless the government provides money to equip the forces with modern technology to guard their own. If the army fails after this, fingers can be raised, said defense experts. Not before.