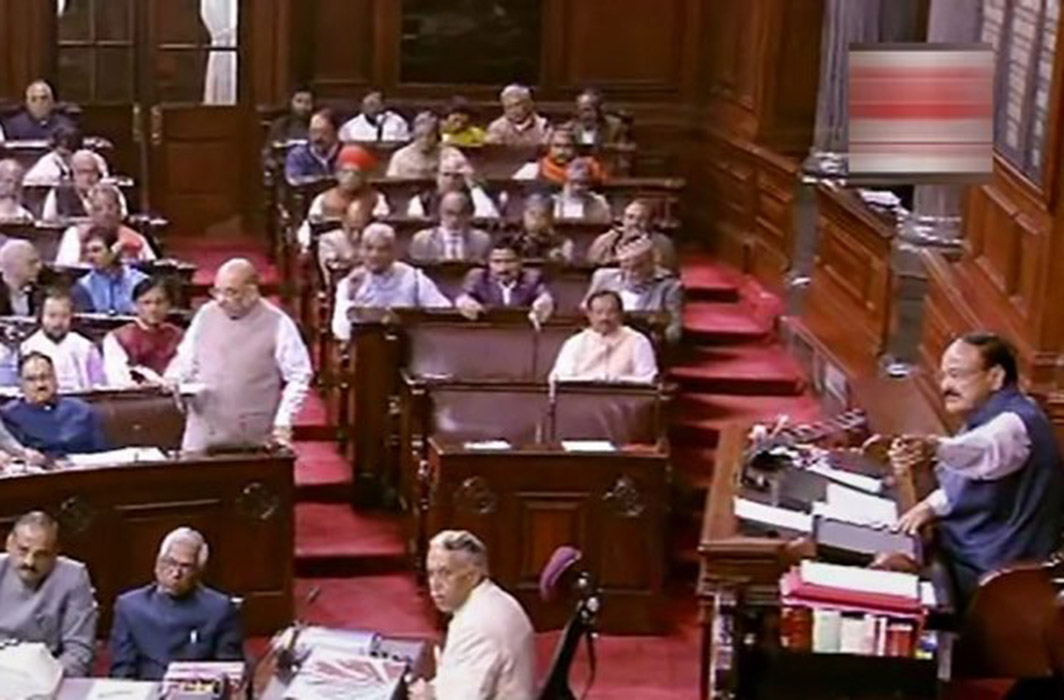 The Citizenship Amendment Bill was cleared in the Rajya Sabha today, with 125 voting in favour and 99 against the contentious Bill. The motion to send the Bill to select committee was also rejected after 124 members voted against it.

In a fiery debate that went on for around nine hours, the Congress, Mamata Banerjee’s Trinamool and other opposition parties tried their best to halt the Bill.

“Today marks a dark day in constitutional history of India. The passage of CAB marks victory of narrow minded and bigoted forces over India’s pluralism,” The Congress chief Sonia Gandhi said in a statement.

The Bill seeks to make non-Muslim migrants from Pakistan, Afghanistan and Bangladesh eligible to become Indian citizens which they called “discriminatory”.

Union Home Minister Amit Shah shredded the opposition criticism that the Bill violates the Constitution’s core principles of equality and rejected the charge that it is anti-Muslims.

The Bill was cleared by the Lok Sabha around midnight on Monday when 311 members voted in its support and 80 against. Amit Shah had said the Bill was not even “0.001% against India’s minorities”.

Meanwhile, violent protests have erupted in the North East with Guwahati and major parts of Assam being worst affected. The Indian Army personnel are on standby in Tripura’s Kanchanpur and Manu and Assam’s Dibrugarh and Bongaigaon. A total of 5,000 paramilitary personnel have been deployed across the North East.

Internet services have been suspended in 10 districts of Assam and an indefinite curfew imposed in Guwahati.