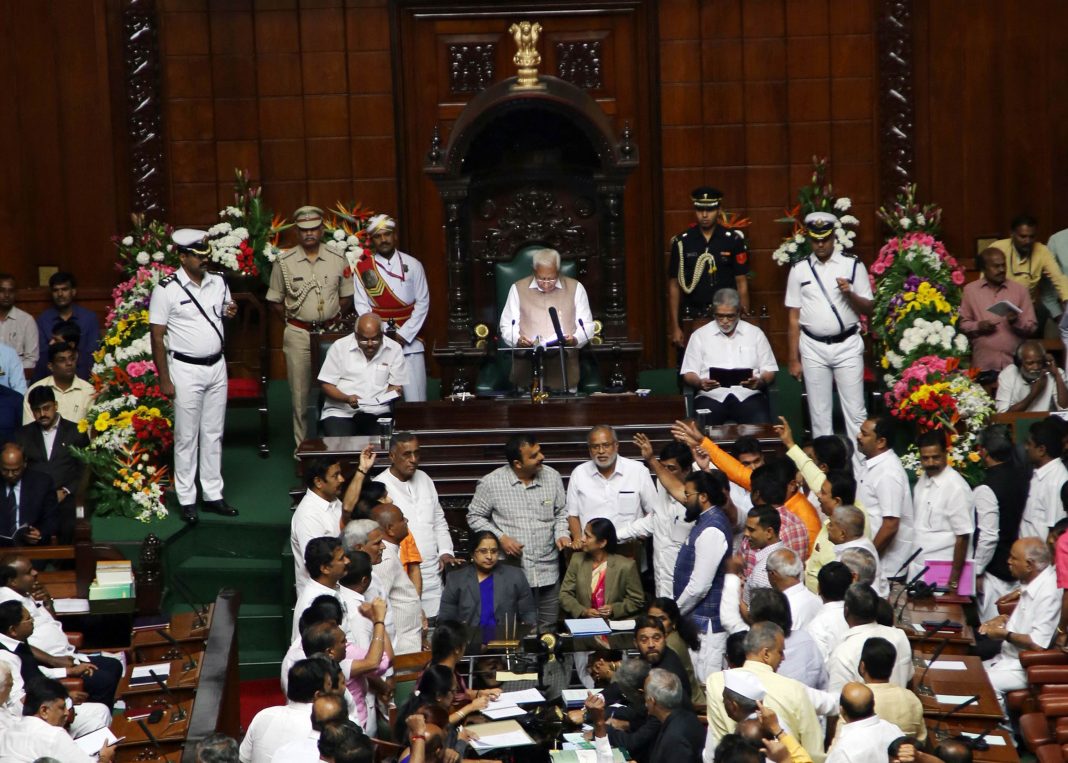 The Supreme Court has today upheld former Karnataka Assembly Speaker KR Ramesh Kumar’s decision to disqualify 17 rebel MLAs in July this year. The rebellion by Congress and Janata Dal Secular MLAs had led to the collapse of the coalition government in just over a year of its formation.

However, the Speaker’s order to bar the rebel MLAs from contesting polls till 2023 has been struck down by the court, which clears the way for all the disqualified MLAs to contest in the upcoming bypolls in Karnataka.

A three-judge bench of Justices NV Ramana, Sanjiv Khanna and Krishna Murari had on October 25 reserved its verdict on the petitions filed by these disqualified MLAs.

Fourteen MLAs of the Congress and three of the JDS were disqualified under the anti-defection law by the Speaker in July. The Speaker had barred them from contesting elections until the term of the current assembly ends in 2023.

The 17 MLAs had quit and refused to show up in the assembly leading to the fall of JDS-Congress government during a trust vote on July 23. Soon after the BJP staked claim to power and BS Yediyurappa was sworn in as the new Chief Minister.

“… there is a growing trend of Speakers acting against the constitutional duty of
being neutral. Additionally, political parties are indulging in horse trading and corrupt practices, due to which the citizens are denied of stable governments. In these circumstances, the Parliament is required to re-consider strengthening certain aspects of the Tenth Schedule, so that such undemocratic practices are discouraged,” the judgment read.

Bypolls to 15 of the 17 Karnataka assembly seats, which became vacant following the disqualification of MLAs, are scheduled for December 5.

In the 224-member assembly, where the majority mark is 113, the BJP has 105 MLAs and the support of one independent. The Congress and the JDS have decided to fight these elections separately and not as a coalition.

As the rebel MLAs can now fight elections, they are likely to contest as candidates of the BJP, which has to win at least six of the 15 seats to retain its wafer-thin majority.