The Women's Helpline 181 was launched after the Nirbhaya incident on the basis of the recommendations of the Justice Verma Committee for women protection. 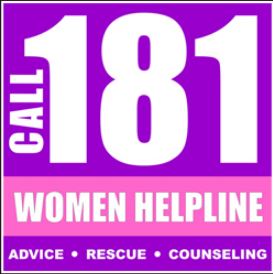 The Lucknow bench of the Allahabad High Court has sought a response from the Central and State Governments within a month on the closure of the 181 women’s helpline for the protection of women.

The division bench of Justice Rajan Roy and Justice Saurabh Lavania passed the order on a PIL filed by UP Workers Front President Dinkar Kapoor.

According to the petition, Uttar Pradesh is at the top in the country when it comes to increasing violence towards women. From Hathras, Budaun, Noida, Lakhimpur Kheri to Gorakhpur, there are incidents of brutal violence, rape, molestation and gruesome murder of women. Even under these circumstances, after the Nirbhaya incident, the government closed the universal 181 women’s helpline launched in the entire country on the basis of the recommendations of the Justice Verma Committee for Women protection and integrated it into the general police helpline 112.

The petition said the government stopped the 181 women’s helpline program for providing immediate help and integrated health, safety, protection etc. facilities to women at the grassroots level through a race van and a call against the law and arbitrarily is.

The State Government has violated the guidelines of the Government of India’s Universalization of Women Helpline and the protocol created by the government itself.

The petition also said that on the one hand, the organizations providing real benefits to women are being shut down, while the government is shedding crores of rupees in the name of Mission Shakti Abhiyan for the safety, honor and self-reliance of women. In such a situation, an appeal has been made in the Court to run the 181 women’s helpline program to its full potential for the protection of women in the state, which the court accepted and sought the government’s reply.

The Court, on the request of the Advocate of the Central and State Government to file a counter affidavit on the petition, has given them four weeks more time for it. After this, the matter is asked to be listed.