2-day curfew in Kashmir valley on eve of Aug 5 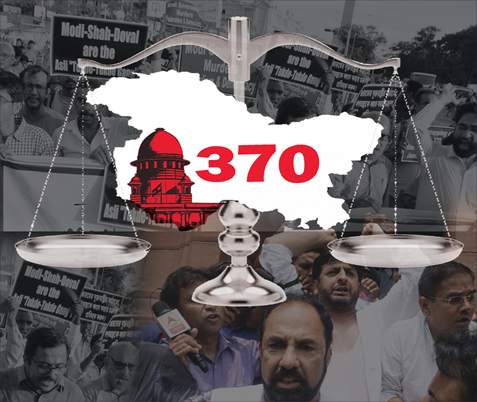 New Delhi: A meeting of a security core group, headed by Lt General B.S. Raju, the GOC of the army’s Srinagar-headquartered 15 corps, decided yesterday to impose a two-day curfew in the Kashmir valley, in view of the anniversary of the August 5 abrogation of Article 370, ending the special status of the state.

According to reports reaching here, it has been said that there have been specific security inputs that separatists and Pakistan-sponsored groups were planning to observe August 5 as a Black Day and hold violent protests.

The order says: “…Protests are not ruled out. There are specific inputs about violent protests endangering public life and property.” Only movement for medical emergencies and medical staff with valid identity passes are exempt from these restrictions imposed under section 144 CrPC.

This was announced by the district magistrate. In his order he said: “…Movement and assembly of people have been prohibited to avoid spread (of COVID-19) particularly in wake of the recent spike. Thus, any mass gathering would be detrimental to efforts related to COVID-19 containment as well.”

Did you find apk for android? You can find new Free Android Games and apps.
Share
Facebook
Twitter
Pinterest
WhatsApp
Previous articleJudgeship in the Supreme Court: A case for lower court judges
Next articleTie a rakhi on victim’s wrist for bail, judge tells molester