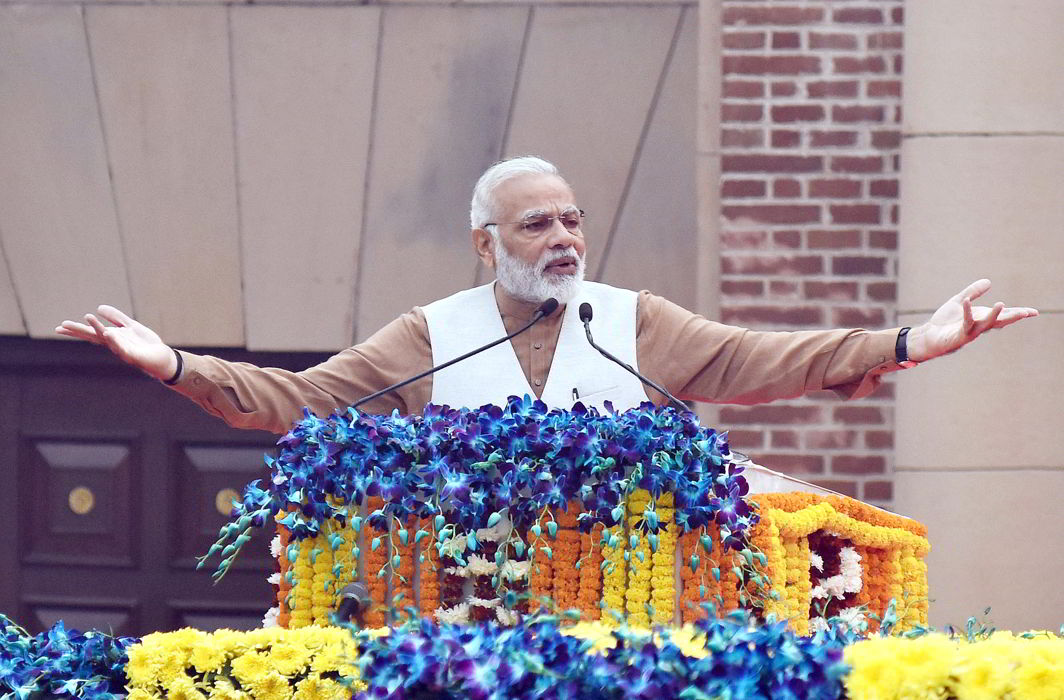 With less than six months left before the 2019 Lok Sabha elections and its electoral might no longer looking invincible, the Narendra Modi government, on Monday (January 7), sounded its poll bugle with a sop that, although vulnerable to legal scrutiny, could reinvigorate its dwindling support among the BJP’s traditional constituency – the upper castes.

Still recovering from the electoral insults in the recently concluded assembly polls in Madhya Pradesh, Rajasthan and Chhattisgarh, the Modi government approved a Bill that carves out a new 10 per cent quota for “economically weaker” upper castes applying for government jobs and admissions in educational institutions. This quota will be over and above the existing 50 per cent reservations already made for members of the Scheduled Caste and Scheduled Tribes community and the Other Backward Classes and will, in effect, leave just 40 per cent seats for members eligible under the “general” category.

It is pertinent to note that the Supreme Court, vide its 1992 ruling in the Indra Sawhney case, had set the cap for reservations at 50 per cent. Similarly, Article 16(4) of the Constitution enables provision of reservation to Backward Classes, who are not adequately represented in the State, currently pegged at – 15 per cent, 7.5 per cent and 27 per cent for Scheduled Castes (SCs), Scheduled Tribes (STs) and Other Backward Classes (OBCs) respectively.

Sources in the government said that in order to protect the decision, taken at a meeting of the Union Cabinet chaired by Prime Minister Narendra Modi on Monday, from being scrapped by the courts, the Centre will try to move an enabling Constitutional Amendment Bill in both Houses of Parliament on Tuesday (January 8) – the last day of the ongoing winter session. Articles 15 and 16 of the Constitution will have to be amended for implementation of the decision.

Though the combined Opposition has slammed the Centre for its move, terming it a case of political opportunism aimed at reaping electoral benefits in the general elections due in April-May, none of its constituents have, so far, voiced unambiguous refusal to support the Bill. However, if the impasse in the Parliament – owing to the Congress-led Opposition’s continued protests against the government over the controversial Rafale Deal – prevents the Modi dispensation from getting the Constitutional Amendment Bill passed by both Houses of Parliament on Tuesday, the Centre could bring an ordinance to implement the Cabinet’s decision and seek passage of the draft legislation when the Parliament reconvenes next month for the budget session. It may be noted that the budget session in February-March would be the last sitting of the Parliament before the general elections.

Although spin doctors of the Modi government are busy portraying the decision as one which is “religion and caste neutral”, the fact is that the new quota can be availed by economically backward people who are presently not beneficiaries of reservation, which, in effect means, it would be meant for members of the upper castes.  The reservation benefit is likely to be availed by those whose annual income is below Rs 8 lakh and those whose land holding is less than five acres.

The past few years have witnessed aggressive, and often violent, campaigns by members of various upper caste communities across different states of the country demanding a share of the reservation pie. The Thakurs in Uttar Pradesh, Rajputs in Rajasthan, Jats in Haryana, and Patels and Patidars in Gujarat have all demanded, from time to time, reservation in government jobs and educational institutions on grounds that though they belong to the upper castes, their economic condition is backward.

A majority of these communities demanding reservations have traditionally been BJP supporters and the failure of the Modi government to have, so far, not met their quota demand had brought in disenchantment against the BJP among these sections. A prime example of this was the protest led by Patel Anamat Andolan Samiti leader Hardik Patel in Gujarat for a better part of 2018. Though the Patels in Gujarat had been hardcore BJP voters for nearly three decades, Hardik Patel’s agitation had succeeded in creating a dent in this saffron votebank by convincing his supporters to vote for the Congress. Though the BJP managed to retain its government in Gujarat, the Congress, with support of large sections of the Patel community, marked its best electoral performance in the western state in over 25 years, indicating to Modi that his home state was no longer an insurmountable saffron fortress.

The recently concluded assembly polls in MP, Chhattisgarh and Rajasthan had also proved that the BJP’s outreach to, and electoral success among, the SCs, STs and OBCs had also alienated its traditional votebank of the upper castes who had been feeling cheated by the saffron front. The new dole by the Modi government is aimed and timed at winning back the confidence of these agitated brothers-in-arms. But will it work or prove to be a case of too-little-too-late?