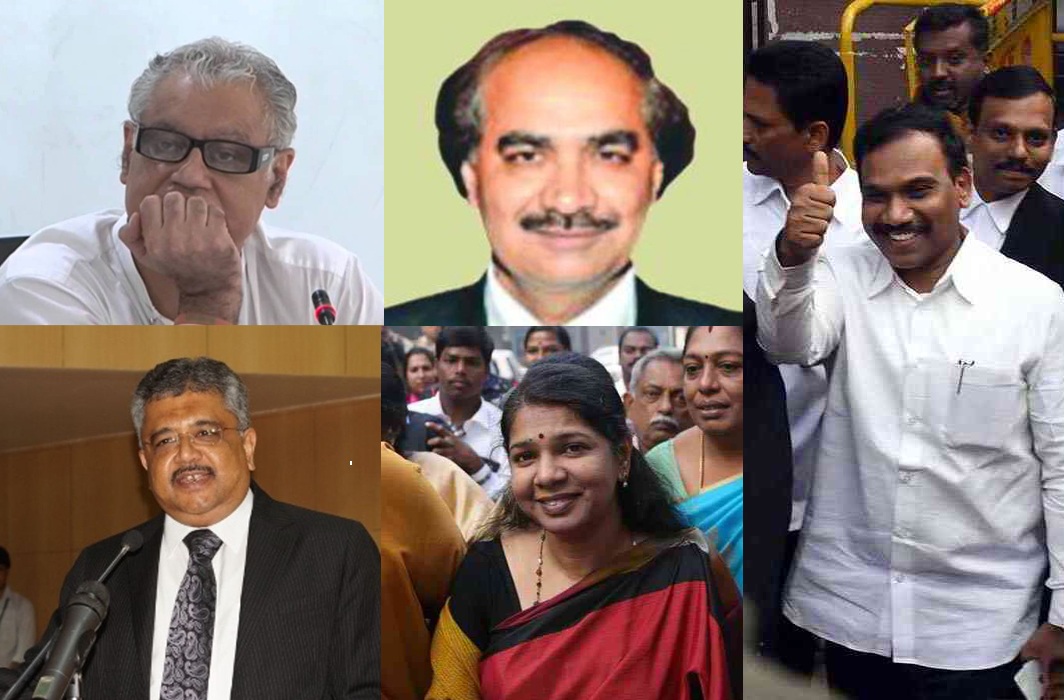 The clash between the executive and the judiciary has now leaked into specific cases at the Supreme Court. In the second week of February the Centre had appointed Additional Solicitor General Tushar Mehta as Special Public Prosecutor in the 2G scam case, in which SBI special judge O P Saini had acquitted former telecom minister A Raja, DMK MP Kanimozhi and all 15 other accused in the politically-sensitive 2G spectrum allocation scam cases.

Judge Saini had maintained that the prosecution “miserably failed” to prove the charges. It was a setback that the Centre had not been able to take lying down. The CBI had complained of poor litigation standards and the government decided to take action.

What it did by appointing Mehta in January was akin to insult of a respected lawyer, Senior Advocate Anand Grover, in the senior position of SPP, that too, appointed by the Supreme Court.

The Centre had not stopped at that. On February 16 it issued two more notifications, purportedly to clarify Mehta’s role. The first confirmed that Mehta was being appointed SPP and his duties were of “conducting appeals, revisions or other proceedings before the High Court (s) and the Supreme Court arising out of all or any judgment in the cases relating to 2G spectrum…”.

The second notification was even more ‘in the face’ for Grover, amending the scope of Grover’s position as SPP by excluding “appeals/revisions”. That role is crucial to any prosecutor.

Finally, irked at this insult Grover has now decided to opt out of his position. He has approached the top court asking it to relieve him of all responsibilities “prosecution, appeals/revision or other proceedings arising out of the cases related to 2G spectrum investigated by the Delhi Special Police Establishment (CPI) in the court of special judge (2G spectrum cases), CBI, New Delhi and appellate/ revisional courts”.

Grover has not only clarified that he was not even informed of the Centre’s notifications, he also claimed that the CBI had leaked to the media a letter that he had written to the agency. The CBI had demanded the final draft appeal and final opinions from him. The CBI’s action, Grover maintains, was “for motivated purposes”.

He has said that the draft was, anyway, proceeding on agreed lines. Grover also maintains that he had been hamstrung and ciphered, so to say, with the CBI not even providing him with officers to give provide inputs on the draft appeal, despite this having been discussed.

Says Grover’s in his submission to the top court: “The applicant believes that he has discharged his duties reposed on him by this… court to the best of his abilities. However in view of what is stated hereinabove and as the Notifications dated 20.11.2014 and 27.11.2014 are pursuant to the Order of this Hon’ble Court dated 4.09.2014 to be in charge of the prosecution proceedings in the 2G cases, the Applicant is duty bound to apply and take leave of this Hon’ble Court to relieve the Applicant of the duties of the Special Public Prosecutor in the 2G cases.”

This application of Grover has been followed up by the Centre for Public Interest Litigation which has filed a contempt petition before the Supreme Court against Mehta’s appointment as the SPP.

That petition is specific to the intent of such appointment. It says that appointment “wilfully disobeys” specific directions of the Supreme Court of appointing Grover as the SPP. The contempt petition also makes it clear that “…the Respondent has no authority to supersede the decision of this Hon’ble Court and the said act is nothing but a gross contempt of orders passed by this Hon’ble Court. That this conspicuous act very evidently depicts the mala fide intentions of the Respondent.”