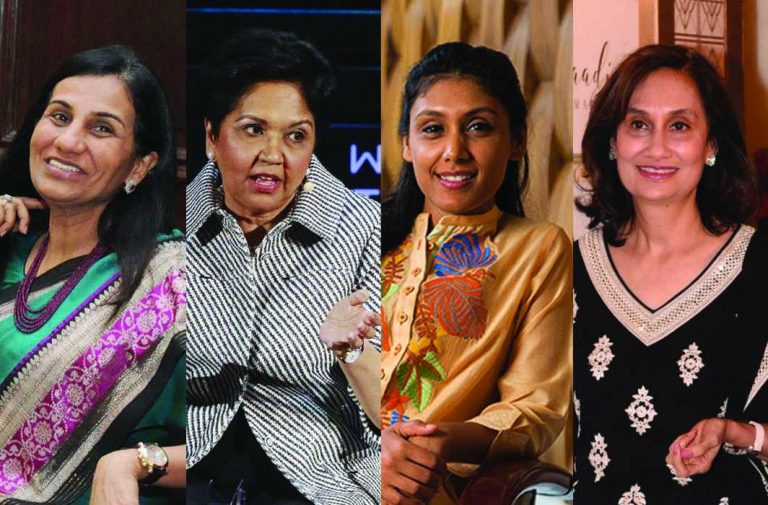 Apart from former Prime Minister Indira Gandhi making it to the cover of Time, Indian women have often made it to Forbes’ World’s Most Powerful Women List. Politically and in business, they have been honoured a number of times. This year India has one entrant from the entertainment industry as well, though there is no “category” mentioned beside Priyanka Chopra’s name as she comes in 97th.

For 2017, there are five Indian women on the list.

Ranked 32, and the highest among Indian women, is ICICI Bank’s MD & CEO Chanda Kochhar. She is one place ahead of Nobel winner Aung San Suu Kyi of Myanmar.

At 57th position is Roshni Nadar Malhotra, executive director and CEO of HCL Enterprise while Kiran Mazumdar Shaw, Chairman and MD of Biocon is at 71. Shobhana Bhartia, Chairperson and Editorial Director, HT Media Ltd is at 92, followed by Priyanka.

Kochhar’s ICICI is India’s largest private bank, while Mazumdar Shaw has taken her company to the heights of pharmaceutical research.

The most interesting addition was Priyanka, who has taken her film fame way beyond Bollywood to Hollywood and has impressed all with her looks as well as her acting prowess. She is also the UNICEF Global Goodwill Ambassador.

Topping the list this year is German Chancellor Angela Merkel, staying at that position for the seventh consecutive. She has reached that point a dozen times. Interestingly, No. 2 on the list is UK Prime Minister Theresa May, who has been at the receiving end of immense criticism for pushing through Brexit that will take the UK out of Europe and possibly, one day, even the United out of the Kingdom.

No. 3 on the list is Melinda Gates, wife of Microsoft chairman Bill Gates, known for her charity work across the globe.

Another India-origin American, PepsiCo CEO Indra Nooyi has been near the top of the list for a while. She is at 11th spot. At 43rd position is India-origin Nikki Haley, President Donald Trump’s appointee as US Ambassador to the UN.