The move to start a happiness plan is in line with former CJI Ranjan Gogoi’s statement that such classes should be introduced in judicial academies. Has the corporatisation of this concept begun? By Shiv Visvananthan 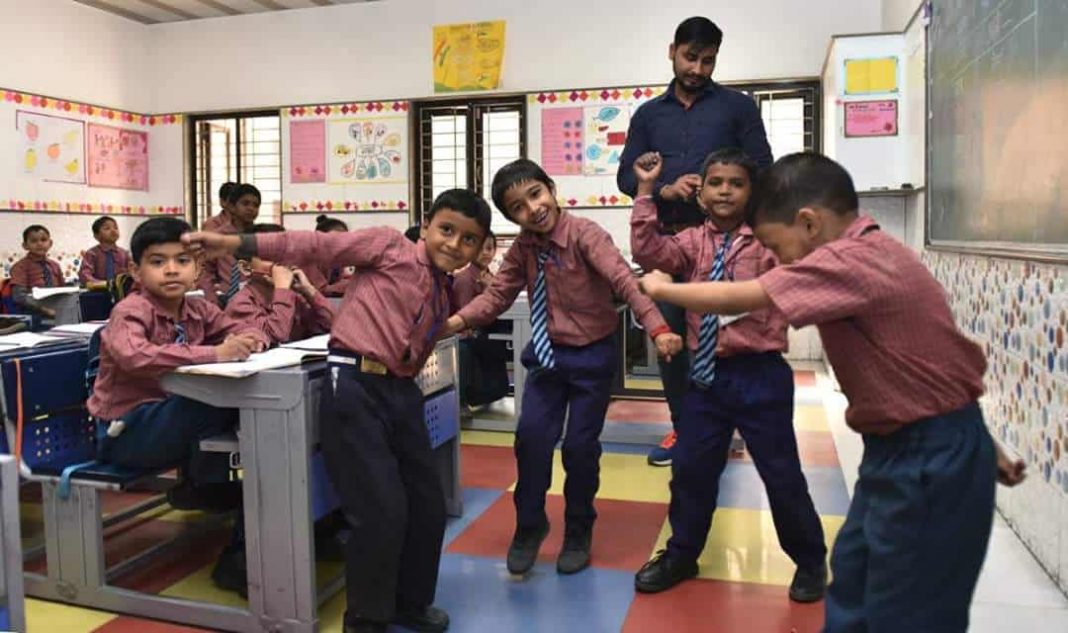 Banality, democracy and happiness go together. An abstract concept can be too elitist and too distant. It lacks a sense of the familiar. It cannot be mythical be­cause myths contain contradictions and can be double-sided. Banality has to be ordinary, accessible, bowdlerised. Language becomes an indicator of its availability. It has to be available for use and be as discardable as tissue. The very life of the concept, its use becomes a history of its availability. Each word has to be as obvious as a hammer and as clear in its use. In this world of utilitarianism, the greatest good of the greatest number becomes possible. Such a fate haunts the world of happiness.

One has to remember that banality and post truth are different realms. Post truth seeks to deceive and distort, be temperamental in its worlds of meaning while banality is transparent, obvious and available. Banality is the counter to post truth. Post truth deceives to exist, banality oozes transparency. It is the art of the obvious.

No word in the last few decades has been subject to greater banalisation than happiness. I sensed it first in the way Indians domesticate English words using them as nicknames. I remember three Punjabi kids whose enthusiastic parents named them Lovely, Pretty and Happy. You have to have an ethnic verve, a global confidence to survive such a christening. But Indians manage it. I remember Delhi University had three students whose cosmopolitan parents, placing their bets evenly, had named them Hitler Malhotra, Mussolini Malhotra and Stalin Malhotra. Our culture has a tremendous sense of the lowest common denominator.

Philosophers and economists used words like welfare, decency and well-being to make sense of concepts which are polysemic. The fate of the word welfare varied with isms it was associated with and a welfare state was seen as one of the great achievements of the 20th century. Over time, welfare gave way to finer concepts like well-being. A sense of measure took over and concepts like tools had to be more precise. Every concept needed a quantitative index and the recent millennial index is full of such attempts. To add nuance to economism and quantity, the Bhutanese added a touch of Buddhism to happiness, creating a different culture around the concept. But this was not enough.

Happiness needed a different pulpit. It had to be evangelised, managerialised, turned into a concept which could be paraded like a trophy seen as a ritual of therapy. Happiness and the idea of happiness had to be wrenched from abstruse philosophers and made accessible. Like Alice, every citizen had to use the word and insist it meant what he meant it to be. Happiness took a strange managerial turn. It became subject to technique. It could be turned into a project. You could aim for happiness and plan for it with the precision of a rocket launch.

Happiness from wisdom, insight, philosophy became technique and method. Happiness became a project like plumbing. Even sex was not reduced to the availability of method and technique the way happiness was. One needs a special moment to capture the utter banality of the term, where its very description becomes a celebration of democracy as mediocrity. There is a shrewdness here when the powers that be realise happiness might be more amenable term for manipulation than justice or equality.

Happiness has a ready availability, an accessibility, even an intimacy that justice and welfare fail to provide. Such an event needs a tongue in cheek storyteller, a character who epitomises the mediocrity of an era and yet is seen as a success. What better choice than a Supreme Court judge, what better judge than the controversial Chief Justice Ranjan Gogoi who in August 2019 proposed happiness classes in judicial academies. A friend reminded me that the BJP move to promote his happiness had made him a member of the Rajya Sabha. He asked me: “Is criticizing Gogoi contempt of Parliament or Courts?”

Justice Gogoi steps on nuance and subtlety. He brings a gravitas to comic situations, a vulnerability and a venerability that makes him endearing. Concerned both about justice and the judiciary, the chief justice proposes happiness classes for judicial officers. One has to remember it is not quality, compassion, care or reflexivity that he is advocating but happiness, which he sees like a vaccine, available and injectable like scientific temper.

Happiness can be taught, acquired off the shelf. It has a cosmetic power. One almost wants to rename fair and lovely creams as happiness creams. Happiness is now managerial. It has a brand like quality. A venerable chief justice has given his seal of approval, a legal imprimatur. Where angels and philosophers fear to tread are the very domains Justice Gogoi seeks to open. Happiness is no longer a gated community. It is open to all. It becomes the essence of a majoritarian society.

One has to grasp that Justice Gogoi reflects the pragmatic, populist idea of happiness, as something good for all and attainable by all. It has a Pollyanna-like sense of hope, a belief that happiness is achievable by policy prescriptions. In fact, happiness in classic psychoanalytic theory was not so easily attainable. But in modern managerialism, which is more behaviouristic, happiness is a technique which anyone can practice. Happiness is an everyday reality, not a difficult nirvana to attain. This spirit of Justice Gogoi is caught in the enthusiasm of Kartik Dave, Dean of the School of Business, Public Policy and Social Entrepreneurship at Ambedkar University, Delhi (AUD) who thinks of happiness literally as a start-up, something that can be taught with a bit of ingenuity. The curriculum at Ambedkar promises that the officers will feel “no inner conflict of goal”.

The statement at an overt level seems innocent. Happiness sounds more like a public good available to all. One senses no backstage manipulation or social control. But it is precisely this absence of backstage that makes these theories appear like a new incarnation of Dale Carnegie or Norman Vincent Peale. Happiness is reduced to an attainable science, not a product of more complex forces of emergence. It is a kind of spirituality simplified. One does not have to move to ethics. All it needs is a behaviouristic nudge to positive psychology. There is a sense of manipulation, where communication, rather than being a search for meaning, becomes a technological project. The proponents may counter the charge by saying demystification is a part of science today. What people do not notice is that in simplifying the concept, we mystify the technological apparatus behind it. Research on welfare and happiness has a corporate bias where spirituality and happiness, rather than stemming from philosophies of ways of life, seem to reduce happiness to a set of assorted techniques or a state of mind that can be achieved through manipulation. One has to confront the truth of such happiness.

As the philosopher Slavoj Zizek put it, truth hurts unlike happiness and the truth of such inane happiness hurts even more. An inane happiness becomes the basis for an inert democracy. It is a pity that academics in AUD and elsewhere have sat inertly over these developments. The University has lost its sense of debate as the courts lose their nuance of philosophy. An epidemic of mediocrity, like an unrecognised virus, haunts happiness studies and institutions.