The petition said that the Petitioner strongly criticizes the conduct of upcoming IPL matches in Delhi in light of the prevailing contrasting scenario. 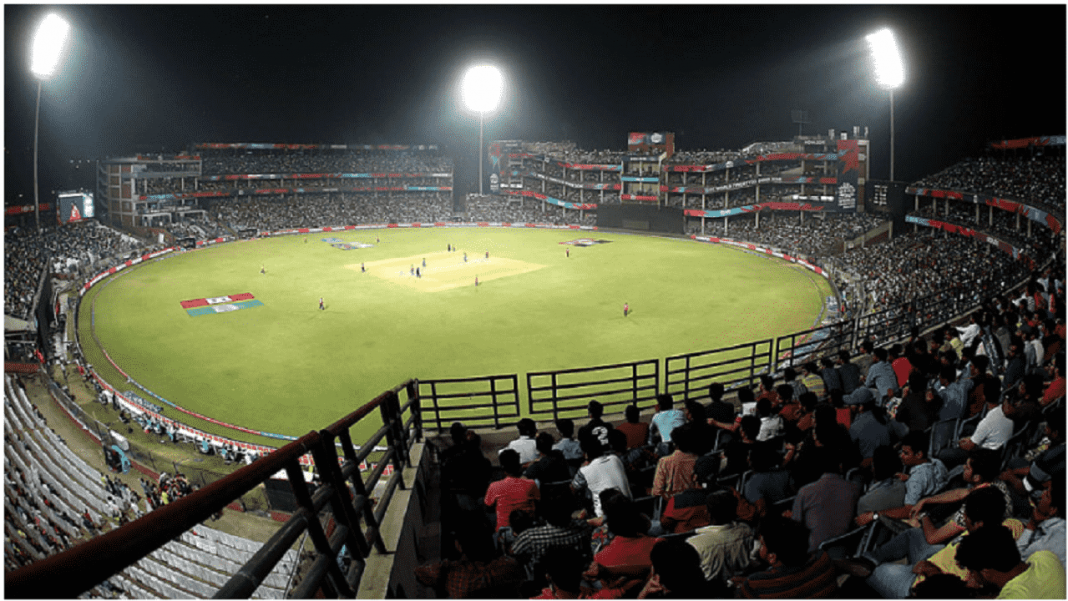 A petition has been filed in the Delhi High Court by Karan S. Thukral and Inder Mohan Singh demanding an immediate stay on the IPL match to be held in Delhi due to an epidemic caused by Corona.

In this petition, that the Petitioner herein strongly objects and with folded hands, requests the High Court to put a stay over the conduct of upcoming IPL matches in Delhi. Although, point no 10 of Delhi High Court notification dated April 19 clearly states that lockdown is exceptional to any Stadium organizing national & international level matches with no in attendance spectators, there is an urgent need to prioritize the Public Health over these matches.

The petition said that the Petitioner strongly criticizes the conduct of upcoming IPL matches in Delhi in light of the prevailing contrasting scenario. On one side people are dying due to lack of hospital beds and are seen waiting in cues to cremate their loved ones while on the other end instead of applying resources to its optimal use, the Respondents have deemed it appropriate to go on and support the conduct of IPL.

The petition stated that the authorities have contended that they are providing a distraction to the people amid too much negativity all around by taking utmost care of the Cricketers by providing them air bubble safety while in reality it is the capitalistic agendas they are trying to conceal in the name of “the safe bubble”. Although it is not the first time when the toils of common people are being mocked by those in powers, however, some showcase of sense was expected from an international figure such as the BCCI itself.

The Petitioners said that the Respondents have completely forgotten that we are in midst of a worldwide pandemic where post apocalyptic fiction has occupied the role of current affairs. While people are busy asking for help and sharing leads for basic medical facilities, the private sponsors are busy minting money which could have been invested for the welfare of the grieving people. That the government has very conveniently turned a blind eye on the whole scenario, ignoring the possible consequences that can arise out of it.

The Petitioners further said that the once celebrated IPL has now occupied eyes from all over the globe, not for its magnificence but for the news of the cricketers abandoning the league for their own safety in light of the current situation. It is in fact frightening as well as astonishing that instead of the government barring the event from its very beginning, it is the players who, having left with no alternatives have decided to take lead and call it a game. Changing the channel and worrying about the victory of one’s favorite team does not in actuality obliterate the problem and the festivities can even be mocking on the face of the innumerous deaths and the families of the departed.

“That Delhi, being one of the host cities for the two contrasting happenings – Covid19 and IPL, has turned into a battleground, not just for the teams fighting for victory but also for thousands of people fighting the ultimate battle between life and death. The question that then arises is how the government can allow its resources, including the stadium, the health care and the administrative staff to be diverted anywhere else while there is an acute shortage of medical infrastructure in the state. The current picture is so contrasting that at one end of the road, a recreational event is taking place at the same time when people are standing in cues opposite the stadium to get admittance in the hospital located there”, the petition states.

The BCCI is promising the safety of the celebrity faces in the matches, a lot of people working at the back -end are at greater exposure to the risk. Can this government afford to take responsibility for one more victim at its hands, when its breakdown is quite apparent? If not so, the government should immediately call-off the series, the petition said.

The Petitioners stated that it is pertinent to mention here that the irresponsible behavior of the cricket board can be understood from the point that several foreign cricket commentators have called out the callous and insensitive behavior of the BCCI. Many cricketers have opted themselves out from the matches owing to the travelling restrictions outside India. Many families of the cricketers are also suffering from the virus. At this point in time, what citizens need is beds, oxygen cylinders, injections, basic facilities and at the least support from the Respondents if not anything else which is sharply missing in light of the fact that the Respondents have found it appropriate to invest its energies and people’s resources in the conduct of IPL.

“That there are many organizations who have given their space by converting them into a Covid Hospital like Radha Soami Satsung, Army Hospitals etc. Many beds are being provided to the people at Ram Lila Maidan. There is a need of hospital, there is a need of common support which can be achieved by our sensibility and the priorities set by our Government. This act of allowing the matches to be conducted in Delhi shows the priority of the Government”, the petition reads.

Did you find apk for android? You can find new Free Android Games and apps.
Share
Facebook
Twitter
Pinterest
WhatsApp
Previous articleSupreme Court directs private schools to charge 85% of fees due to facilities unutilised by students
Next articlePIL in Delhi HC against GNCTD Act says people of Delhi suffer due to it