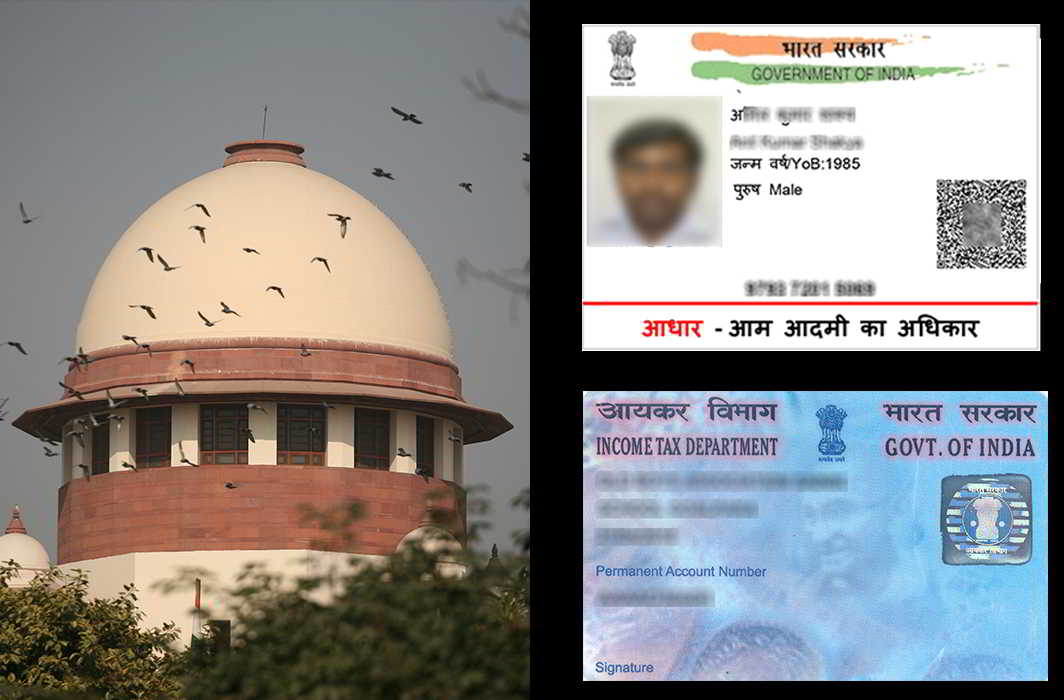 Thumb impression and Iris are mine. Why should I make it public?, asks one of the petitioners

Two petitions challenging Section 139AA inserted in the Income Tax Act by the Finance Act, 2017 came up before the Supreme Court recently. The centre had made Aadhaar mandatory for obtaining a PAN card required for filing of returns under the Income Tax Act.

Those opposed to the government’s move pleaded that linking Aadhaar to PAN was in violation of the right to privacy, which is a facet of the right to life under Article 21.

One of the major grounds raised by petitioners Major General Sudhir Vombatkere (Retd) and Dalit activist Bezwada Wilson was that “The impugned provision violates Article 14 of the Constitution of India and is palpably arbitrary and illegal as it creates an artificial impermissible classification between persons who have parted with bio-metrics and those who have not parted with bio-metrics for the purpose of payment and collection of income tax”.

“An individual’s biometrics, iris scan are the property and entitlement of that individual and the State cannot coerce an individual to part with biometrics under the threat of penal consequences. The Constitution of India is not a charter for police state…..” they pleaded.

Senior advocate Tushar Dattar appearing for one of the petitioners started his arguments by reading Section 139A which details the provisions for getting an Aadhaar card. The new provision shows that a PAN card will be invalid if one doesn’t add his/her Aadhaar number to it. Dattar said that the purpose of the Aadhaar card was not to check black money. It was required only if someone wanted to avail any social welfare schemes of the government. It was never mandatory. Even the government gave the undertaking that Aadhaar card was not mandatory except while availing social welfare schemes.

Shyam Diwan appearing for another petitioner submitted in his petition that a) Section 139AA of IT Act was unconstitutional, b) it was not compulsory, c) the thumb impression and iris belonged to the citizen. Why should he/she make it public?

The case has been pending with the Supreme Court for a long time now. Three chief justices of India have already addressed the issue—HL Dattu, TS Thakur and now the present CJI JS Khehar.