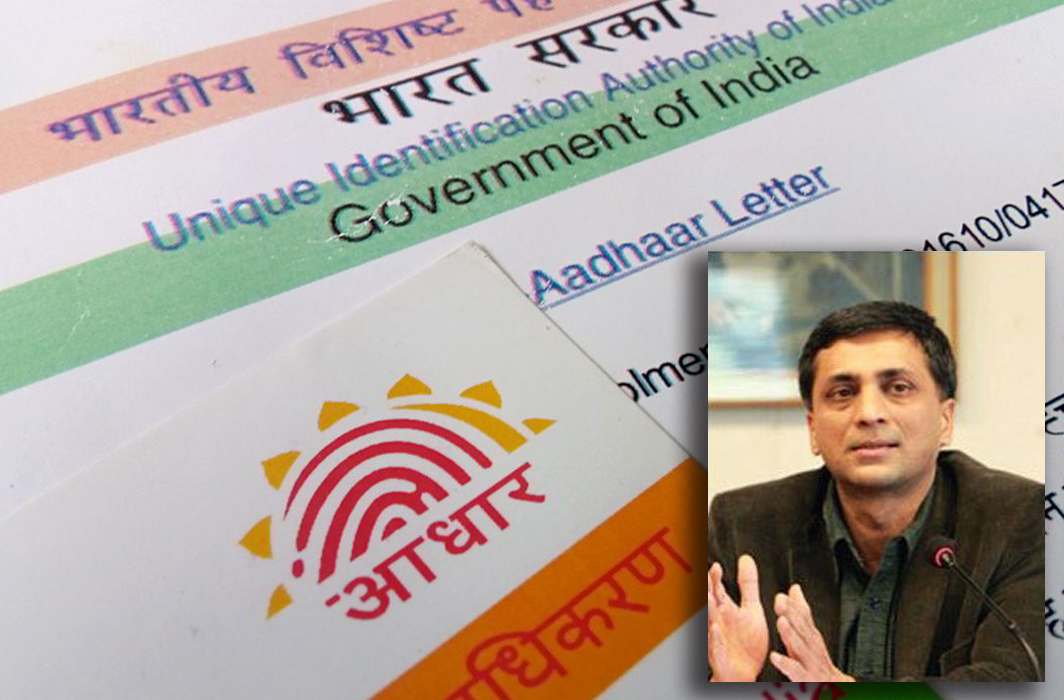 Senior Advocate Shyam Divan on Wednesday (January 17) made a dispassionate plea to a Supreme Court constitution bench on why he thinks Aadhaar is not the best thing to have happened to India; in fact it is possibly a serious threat. He termed the entire Aadhaar programme a “giant electronic mess”.

In his speech, that carried out through most of the day (both before and after lunch), Divan told the bench of Chief Justice Dipak Misra and Justices A M Khanwilkar, Adarsh Kumar Sikri, D Y Chandrachud and Ashok Bhushan that Aadhaar has the potential to rob a person of his rights. Divan was arguing on a petition by S G Vombatkere & Anr (vs Union of India & Ors. Respondents).

Before Divan, P Chidambaram had mentioned before the Chief Justice that Aadhaar had been passed as a money bill and he wanted to argue only on this aspect.

11.51 am: The bench asked: “Are you going to challenge the Aadhar programme first?”

“We are challenging this project because of the collusion of a policy and technology. It is a giant electronic mess.”

He said: “This project can track all the citizens and their activities. Firstly it was voluntary. The state issues a number which can be accessed by the government for tracking citizens and the state is empowered to switch it off.”

12.02 pm: He continued: “The constitution makes a balance between laws and life of citizens but the Aadhar creates a mess between all this. Even banking is also connected, so the government can track our money expenditure and all.”

Then he listed some points such as:

– Tracking of banking and expenditure.

– Whether the Aadhaar database is secure or not for national security.

12.03 pm: Another writ petition was filed and tagged with the Aadhar matter which refers issue of population census.

Divan continued: “Linking of Aadhar with mobile services is also there which (the deadline) is extended till March 31.

“The iris and fingerprints are my personal identity and no one has the right to take it from me forcefully.

“On July 2, 2009 the chairman was appointed. The statute was not there at that time.”

12.08 pm: He also talked about the loopholes: “Fake Aadhaar numbers have also been generated. Several PILs were filed before the Supreme Court and this matter was transferred before constitutional bench.

“Adhaar is also used for LPG connections. The Jandhan Yojna is also linked with Aadhar.”

12.09 pm: He pointed out that Aadhar is voluntary so long as there was no judgment on it.

He said: “The E-KYC also came with linkage of Aadhaar. Re-verification has also come with all the existing mobile users for restricting money laundering.”

“So the court passed an order saying linking Aadhaar with PAN is not mandatory. Even then the government said you cannot file your IT Returns without Aadhaar and PAN. Then the court saved the people from this.

“There are a large number of people who work on the field. Their rations are directly linked with Aadhaar. People are facing so much difficulty.”

12.21 pm: There were more issues, in the very collection process of the data itself, he pointed out. He said: “The biometrics are not being registered for a large number of people. And from age 15 to 18 the biometrics of a human being change. So how can it be possible to make it mandatory for those people?”

He also argued about linking Aadhaar with ration cards. He argued how someone living in a remote place can afford to get his or her ration if his or her ration card is yet to be linked to Aadhaar. That has been a long-standing issue that the government has refused to recognise. Poele have died because they have not been able to go to the fair price shop and give their finger prints, or could not because technical malfunctions.

12.40 pm: At this point Divan mentioned that there were Padmashree Award winners members of the national human rights committee among the petitioners. He also pointed out that there are some petitioners who worked with the group of people for national security.

12.50 pm: He continued: “They capture the fingerprints, facial and iris of individuals. These particular items are stored in the database.” He then pointed out the fallacy in this. “There are so many things which creates a bar while using these things, such as moisture, dust, tears in the eyes etc. in such cases you may be rejected. So the constitutional issue is, if I enjoy a right, where is the question of matching this?”

The hearings continued after lunch with Divan still speaking.

2.48 pm: He said: “Biometric is sensitive to everyone, like palm prints, voice etc. When you’re picking such sensitive information there should be a minimum governance. Biometrics is covered under no legislation. If we further go into the case, there is no governmental control over such gathering of sensitive information.

“Making Aadhaar mandatory at banks, work place etc. makes an individual vulnerable to surveillance. Aadhaar makes an individual tradable at all times. This is infringing his fundamental right. Electronic trail would be left with the Central government about information regarding the whereabouts of an individual. This would lead to aggregation of power. It leads to a police state structure. Is it even permissible to have such an architecture? It will soon become a surveillance society, the pace at which it is going on currently. Government, by transgression, is becoming dominating.”

3.01 pm: Then he hit at the heart of the matter: “Now we have a fundamental right to privacy, everything that happened between 2009 and 2016 should be nullified.

3.16 pm: The respondent (the government) in its  affidavit has submitted that Aadhaar gives people with no documentation an identity. About this Divan said: “Only 2,19,000 people registered in that particular category where Aadhaar was their first identity card.

3.43 pm: “Registrations were denied on technical grounds where biometrics of the people applying at a later stage were closely similar to people already registered. It is contended that such problems will grow as the number of registrations will create an anomalous situation.”

At 4pm P Chidambaram came in with his arguments on the specific issue (the money bill) he wanted to talk about. He said: “Irregularity and illegality are two different things. If the Speaker certifies that a bill is a money bill then the Rajya Sabha becomes helpless.”

At that one of the counsels of the petitioner submitted: “No court should object if the speaker certifies, according to Parliament Act (UK) 1911.”

During the hearing, Justice D Y Chandrachud asked whether Aadhaar will be used only for verification and tracking. The judge asked if Aadhaar data is safe. He also asked whether the government can tell if the biometric data will be used to stop leakages in social welfare schemes.

When Chief Justice Dipak Mishra asked whether the bill was sent to the Standing Committee, Divan clarified that this was not done.

Justices AK Sikri and Justice Chandrachud asked whether the Aadhaar biometric system is different from the US’ Visa biometrics. The judges also asked whether the data collected between 2009 and 2016 (when there was no law for Aadhaar) can be destroyed.

The court was adjourned to Thursday.