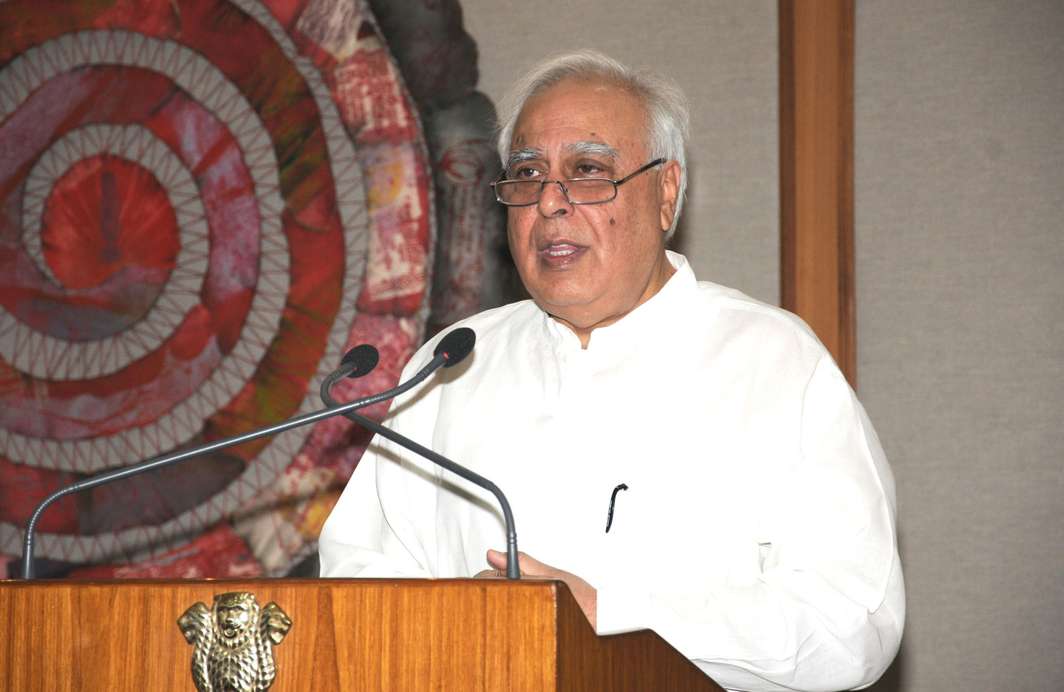 Senior Counsel Kapil Sibal argues that in areas with no electricity and no internet connectivity how can such authentication be done?

The hearings on Aadhaar and its various linkages and privacy and security issued attached to them continued before the Supreme Court constitution bench of Chief Justice Dipak Misra and Justices A K Sikri, A M Khanwilkar, D Y Chandrachud and Ashok Bhushan on Thursday (February 8).

The following deliberations took place with senior counsel Kapil Sibal carrying on from where he broke off on Wednesday:

11:54 am: Sibal hit the nail on the head straightaway, pointing out how obtuse the entire system is. He said: “There is no electricity at so many places and (obviously) no wi-fi. In some places there are no machines, or machines that work. How will this whole process work? Authentication is required at all places, such as ration shops. But without electricity and without wi-fi (or internet connection), how will that authentication be carried out?”

He read the heading from a newspaper of the day: ‘Ration shop in Delhi waits for iris machine.’ He said that this shows the system lacks the requisite infrastructure. Proper Infrastructural development will take five years, he said. He also pointed out that “Identity is only a proof that you’re entitled to something.” What he wanted to say was that without the authentication, identity proof will remain incomplete, hence his or her entitlements will also not be fulfilled.

Additional Solicitor General (ASG) Tushar Mehta countered this, saying: “Nobody is excluded due to lack of infrastructure. We have remedies for that also.”

He submitted that the law does not provide for any exclusion and provisions are made to provide relief in case of difficulty in authentication. He said that in case of biometric information, wherein an individual is not being able to provide the required biometrics, an alternative may be provided as provided by the authorities established under the Act.

He said: “If no biometrics can be obtained due to circumstances such as amputation etc. such special cases can be verified through photographs. Alternative identification facilities will be provided. In case the individual is not able to receive his/her Aadhaar due to old age, etc, the same shall be issued to a beneficiary. A register shall be maintained and shall be audited periodically.”

The committee said that a software for this, covering all states on a real-time basis, is being prepared. The committee reported to the court that during its meeting on November 28 last year with the joint secretary of Ministry of Road Transport and Highways regarding fake licences, it was informed that The National Informatics Centre is preparing ‘Sarthi-4’ under which all the licences would be linked to Aadhaar.

“If online authentication is not possible then alternatives such as OTP and QR can be explored,” ASG Mehta added. “It’s not like if I do not have Aadhaar I’m completely excluded from availing subsidiaries, services etc.”

To this Sibal said: “The hon’ble court must allow an interim order so that people will get their rations at least.”

At this Justice Sikri commented: “People below the poverty line, poor citizens may not even be aware of the benefits.”

The counsel for the government said: “This scheme is citizen friendly and all factors have been taken care of.”

Sibal countered: “My fundamental rights are being violated on an everyday basis. The state needs to protect the rights and livelihoods of people such as widows and the poor.”

At that point Justice Sikri asked an important question to Dwivedi. He asked: “Can we record your statement that no one is being excluded?”

At that Attorney General K K Venugopal reiterated the stand taken by the ASG as to alternate methods if authentication is not possible.

However, Sibal said that there aren’t enough provisions for alternate authentication. But Justice Khanwilkar said: “Any express exclusion is been taken care of by the government is the stand of the respondent.”

Justice Misra said: “We are dealing with the constitutional issue. You proceed with your arguments on exclusion. We don’t intend to stop you. If we will go for interim order, it will take long.”

Sibal said: “Aadhaar was not any random number, be it in physical or electronic form. It has to be decided whether mere possession of Aadhaar was enough or is authentication also required. Whether you are that person or not is the subject matter of authentication.”

He then moved to the security issue. He referred to Regulation 26 provided in the act referring to consequences of a security breach. He said that there can be multiple consequences if personal data is lost. “The statue gives an option to have a mere enrolment number and not actual Aadhaar number after authentication,” he said, pointing out the anomalous situation, he said that providing ‘or’ in the act will defy the purpose of authentication and everyone will just merely take an enrolment number and avoid authentication.

The bench agreed to this and said that authentication was the heart of the statue.

Sibal referred to English/ British law-Identities Card Act, 2006 which is similar to Aadhaar. He said that the list of alternatives should be priority-based and not option based. He said there can be multiple frauds in case personal data is lost. He read the National Identity Card Scheme of the UK which represents the worst of the government. The confrontation there is that the “bill is going to take our liberties.”

He said: “Nobody in the world can say databases cannot be compromised. There can be no assurance on loss of data. He referred to the Her Majesty’s Revenue & Custom (HMRC) in the UK which lost data of 25 million people. “You are putting an individual’s data at risk,” he said.

He said “identity sharing in Aadhaar is an alarming and conflicting issue. he said that additional features such as Identity plus is what makes Aadhaar different from other IDs such as Social Security Numbers etc. Here that is unconstitutional as it leads to collection of meta data of an individual.”