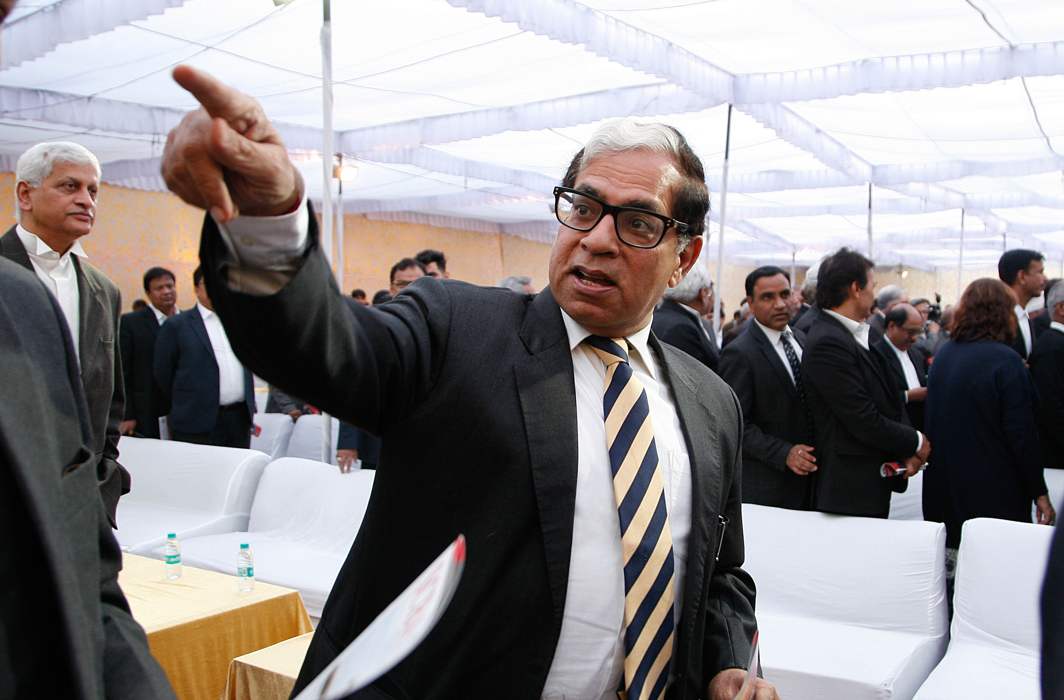 Justice Sikri asked if there were any surprise tests, to check if Aadhaar data was secure. The AG said that various ministries have been asked for an audit check.

Justice Chandrachud said: “After some time, the government has to explain the implementation of the Aadhaar scheme.”

At this the AG stated that the Aadhaar de-duplication system makes it highly improbable for the issue of any duplicate Aadhaar number. He said that due to the various fake and duplicate systems, a lot of schemes of subsidy couldn’t benefit. However, this de-duplication system has reduced this and a better implementation of such schemes is observed.

He said that the UIDAI, at the time of verification only, gets to know if the documents are original or forged and no prior information is stored with them. He said 1.2 billion biometrics have matched.

He explained that the UIDAI gives options to the Aadhaar holders to secure their identity. The AG said that the Aadhaar authentication process has seen 88% success.

He said that family-based applications like PDAs, etc. require Aadhaar authentication. “People have confirmed success rates of Aadhaar and identity authentication in the benefit schemes. In case of any issues with respect to the biometrics, the Aadhaar holder can go to any of the Aadhaar centres and update his/her biometrics.”

He said that all provisions of the Aadhaar Act, 2016 pertaining to the usage of the identity authentications follows a very strict punishment if violated. Section 32(a) of the Act itself says information shall be kept for authentication purposes.

He said that between 2006-2016, all the smart cards were verified, analysed and discussed and then only the Act was passed. “All the shortcomings were identified, and worked upon,” he said. “Even at the international forums like the World Bank, they have recommended this scheme to various countries around the globe.”

He pointed out that Aadhaar also provides for an offline identity authentication procedure. There was a proper investigation of all the problems and shortcomings for six years. (In this offline system) The details of an individual is stored in the smart card, he said, done only after proper de-duplication.

Various organisations hold Aadhaar for identity authentication. “Smart cards are for the purposes of offline authentication,” he said.

He talked about the test of proportionality. “The test means reasonable access. The only consideration would be with respect to it’s implementation. Any law which invades privacy even for the minimum value, for the purposes of invasion violates the privacy law,” he said. So far as the integrity is concerned, said the AG.

According to the petitioner’s findings a better law should have been enacted. 1. Law must exist to testify the validity of the act. 2. Legal authentication from the state, exhibiting reasonable restrictions. 3. Test of proportionality which balances the entire act.

“The above 3 requirements ensures no arbitrary acts are done under the Aadhaar scheme. Informational privacy is an asset to the privacy. Protection of the data is provided,” submitted AG Venugopal.

He said that the right to privacy is always integrated with the right to dignity. Cardinal value of integrity is mainly emphasized. “No information of any individual shall be given to anyone creating a situation which might invade someone’s privacy, except by the orders of the concerned authorities,” he said.

Right to privacy has multiple facets, no individual right can be termed as a fundamental right. Venugopal mentioned the 9-judge bench decision of the Puttuswamy case. “Right to life does not mean right to live a mere life. It includes a lot of other rights,” said the AG, while referring to the Olga Tellis case.

Justice Chandrachud said the law was enacted way before the Puttuswamy judgment. The AG said: “We did that only to protect the data.”

Matter is listed again for tomorrow.