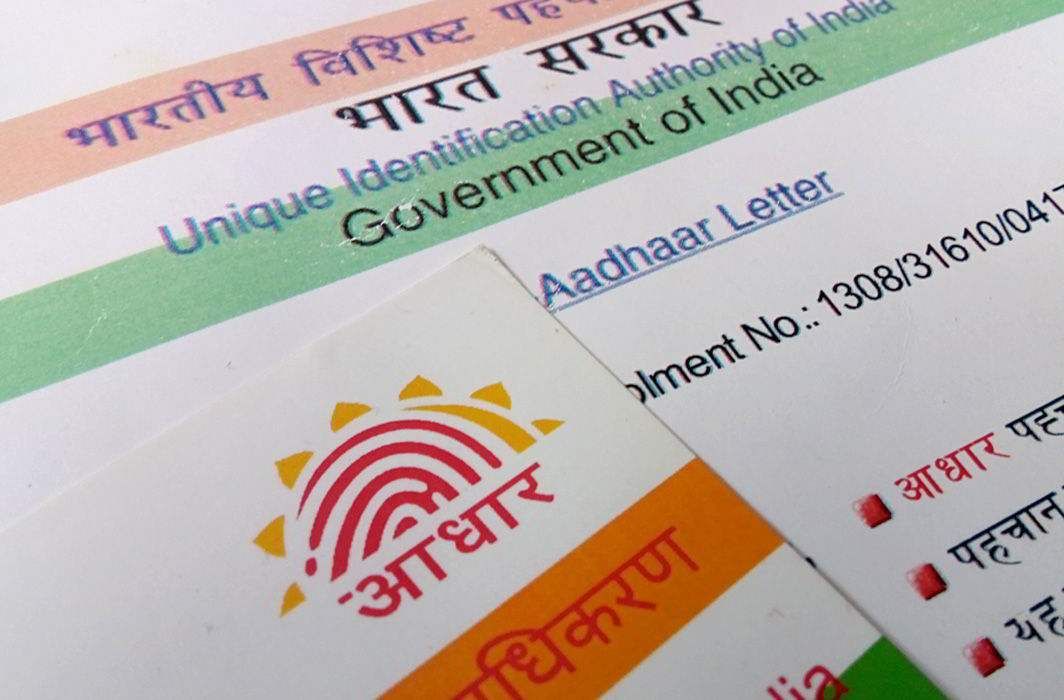 Senior Counsel K V Vishwanathan carried on with his submissions before the Constitution bench on Thursday (March 15) in the bunch of petitions challenging the constitutional validity of Aadhaar and its linkages. The bench of Chief Justice Dipak Misra and Justices A K Sikri, A M Khanwilkar, D Y Chandrachud and Ashok Bhushan heard the submissions.

“The state has not established that identity fraud exists,” he said. “Corruption still continues. This does not change with the removal of the middleman and bringing in a machine instead. It is doing no good, but adding to the pre-existing plight of the poor. It’s the duty of the state to show that Aadhaar is important and responsible and can be trusted upon.”

Justice Sikri said: “In fact, the Aadhaar Act does not even fall within the ambit of Article 21. While stand taken by the state in Puttuswamy is that the right to privacy is not a fundamental right under article 21, can we ascertain the same was considered or not while making the legislation, keeping in view the balance?”

At that Vishwanathan concluded his arguments. In delivering his parting punch, he said: “People should not go without food due to lack of a thumb impression. In the light of Section 7 there should be no exclusion.”

Senior counsel Anand Grover started his submissions. He said the court architecture is beyond the act. He said that data should be protected. “Since the scope of Aadhaar is outside the UIDAI, the data travels outside it’s ambit as well. We are enrolling ourselves voluntarily in this process. You cannot destroy the data easily. The server per se has to be destroyed for that,” he said.

“However, what is being done is that small packets of information are being destroyed,” he said. “The data has gone in the public domain and cornered by the private companies. The whole thing is porous. Now since the data is all over the place, it becomes difficult to destroy data from all servers.

“Let them show evidence for destruction of data collected prior to legislation,” he said. “Even the affidavit is not clear. The data information is enough to create a profile of a person. Tracking of an individual must not be allowed.

“The main aim is in section 57. Corporate organisations must get the data, which can be further exploited by them,” he said, while citing example of China. “Security is not important to you, breaching doesn’t bother you. If they do not have any regard for it, the project must go. The corporate world will be the beneficiary. They will collect information, like China, and target individuals for commercial benefit.

“You are not supposed to access the CIDR. But the architect of CIDR is such that anyone who accesses it will get all the information,” said the counsel. “In science there is nothing which is unique. Thumb impressions might be similar, maybe one in a billion case and iris scan will narrow down bring closer to ones identity. But there’s nothing as such unique.”

He continued: “If thumb impression doesn’t work, they have iris and iris doesn’t change as per them. That is not correct. It changes every three years. First fingerprints, then iris and then face, enabling facial recognition. You’re depending upon technology so uncertain, which leads to exclusion which further violates Article 21.”

Then he talked about fraud: “One of the things is fingerprints. Fingerprints can be duplicated very easily. Bharti Airtel has started its own banking system. You can enroll on a registered device.” He referred to the Kanpur and Chandigarh incidents where fingerprints had been duplicated for fraud.

He pointed out that under section 7, 139 notifications have been published making Aadhaar mandatory in violation of interim orders passed by this court. He said that “the quality of law we need is just and reasonable under article 21.”

He said that there has been no safeguard right from inception. There is no procedure in law and regular breaches show there is no security. The “Aadhaar project and section 7 needs to go away,” he said in closing.

Referring to the Puttaswamy petition, she said that the identity of an individual depends upon something, which no one can control.

At that point Justice Sikri said: “We have dealt with these submissions exhaustively.”

She also referred to the Marper case wherein the ECHR clearly said that the data of the accused will be destroyed. She said that in Aadhar two facets are being kept forward. One is subsidiary, distribution etc. and second is banking, mobile, income tax etc. They want Aadhaar for prevention of terrorism, frauds etc. We can destroy democracy, that’s the chilling effect of this project,” Arora said.

“If you can do mass surveillance under the garb of protection, you can also destroy the democracy under that garb,” she said. Quoting Bentham, Arora said that “when the mass is under continuous surveillance, instead of protecting the democracy, we can destroy it as well.”

She gave an example. “A petitioner in person named Santosh, submitted that his father died due to exclusion as he could not authenticate his biometric because of a cataract surgery.”

The court adjourned here and the matter has now been listed for March 20.