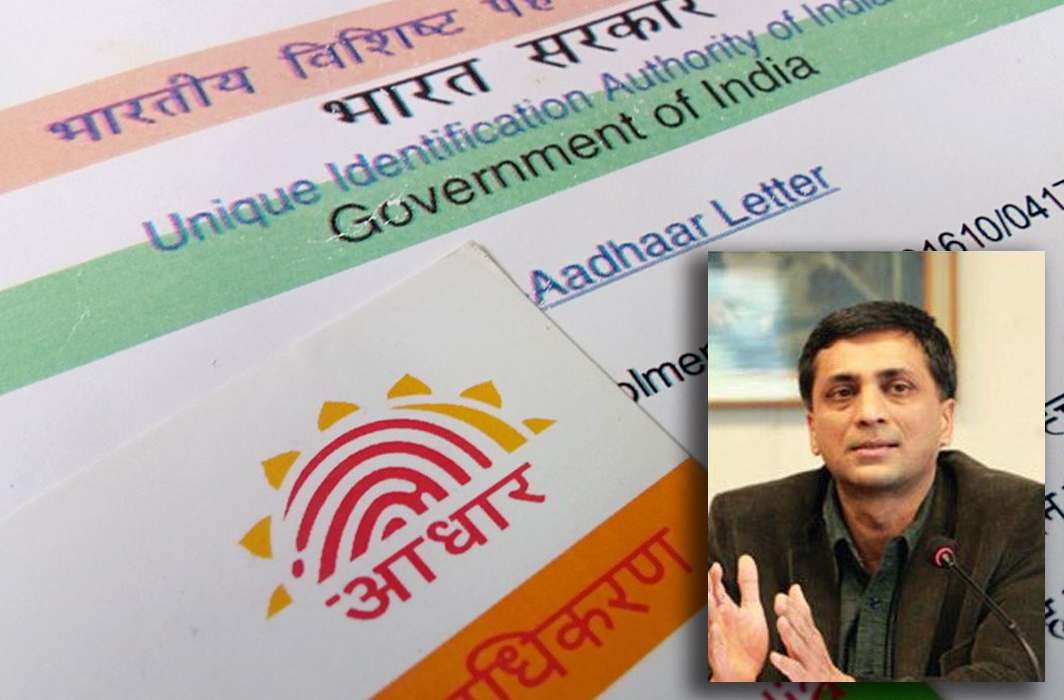 The Supreme Court bench of Chief Justice Dipak Misra and Justices A M Khanwilkar, D Y Chandrachud, A K Sikri and Ashok Bhushan on Thursday (May 3), hearing submissions on the clubbed petitions regarding Aadhaar  linkages, was clearly told by senior advocate Shyam Divan that Aadhaar brings in surveillance technology.

Venugopal quoted article 110 clause (g) of the constitution, saying it was not necessary that the bill has to be subsequent with the other clauses of the article. It has to be ancillary. Any independent bill would suffice the criteria for 110(g).

He said not every time does a law have to be in line with section 57. Rajya Sabha has limited powers under article 110. Now, if these provisions are supposed to be amended, they can be done, provided they’re incidental to clauses (a) to (f) and the Lok Sabha has the power to amend such laws from time to time as per the requirements, he said.

The CJI commented that enabled provisions and enabling provisions are two different things.

“Look at the totality of the act, you cannot isolate the act itself,” said Justice Chandrachud on deciding whether a bill is a money bill or not.

He referred to the three judgments with respect to the finality. The 1961 judgment, tax case, wherein the petition was dismissed under A226. It was decided that the courts were not to inquire into the proceedings of parliament.

He further referred to the Mohd Saeed Siddiqui v State of UP case. On this, Justice Chandrachud mentioned that when the Lokayukta in the state of UP retires, he remains in the office until the successor joins the office.

He also quoted the MSM Sharma case of 1958 in reference to article 194 of the constitution.

To this Venugopal said that salaries and pensions can be incidental to a money bill. But the money bill itself must have something to hang upon.

Quoting Yoginder Kumar Jaiswal v state of Bihar, a 2016 judgment, the AG concluded by saying a certificate is final subject to illegality and the law is very clear on this point.

AG submits that currently, Aadhaar is not mandatory for obtaining a new SIM card. However, if the Aadhaar is linked to the SIM cards, less of fraud and forgery will be witnessed. He said that the government can put its citizen on surveillance only if the law has been violated.

No government constituted under the constitution would commit surveillance on its citizens unless required, he said.

On security and confidentiality of the Act, chapter 6 of the Act was referred to. He said Section 37 incorporates penalty for disclosing information of an individual.

AG Venugopal completes with his submissions.

Next week, two days are allotted to the petitioners to complete their submissions.

Senior advocate Shyam Divan then began his submissions and stated that for the first time such a technology has been deployed in a democracy.

“We all agree on one point, a surveillance state is not permissible under the Indian constitution. However, the only point we disagree with the state is that Aadhaar is a surveillance technology,” he stated.

An affidavit was filed by the government on March 9. Maninder Aggarwal, an expert in the Aadhaar security, had written a report on March 4 and that is what was submitted in the affidavit.

From the verification laws, it is possible to locate the places of transaction for the past 5 years, stated Divan, quoting the expert report by Aggarwal.

Even without the verification law, location is possible, he said.

The UIDAI has the location. However, in order for it to give it to a third party, it is important that UIDAI breaches the law. According to Divan, the report by Aggarwal is a tricking point in this case.

Balance between the rights and technology has to be maintained, submits Divan. Choice and option should be given to an individual. Now, even the banker doesn’t want identification. All he needs is Aadhaar and everything is verified, he said.

He further submits that an individual can change his name, date of birth in the Aadhaar database. Emphasising on the DoB, he says that it plays a very important role.

Matter to be continued on Tuesday.