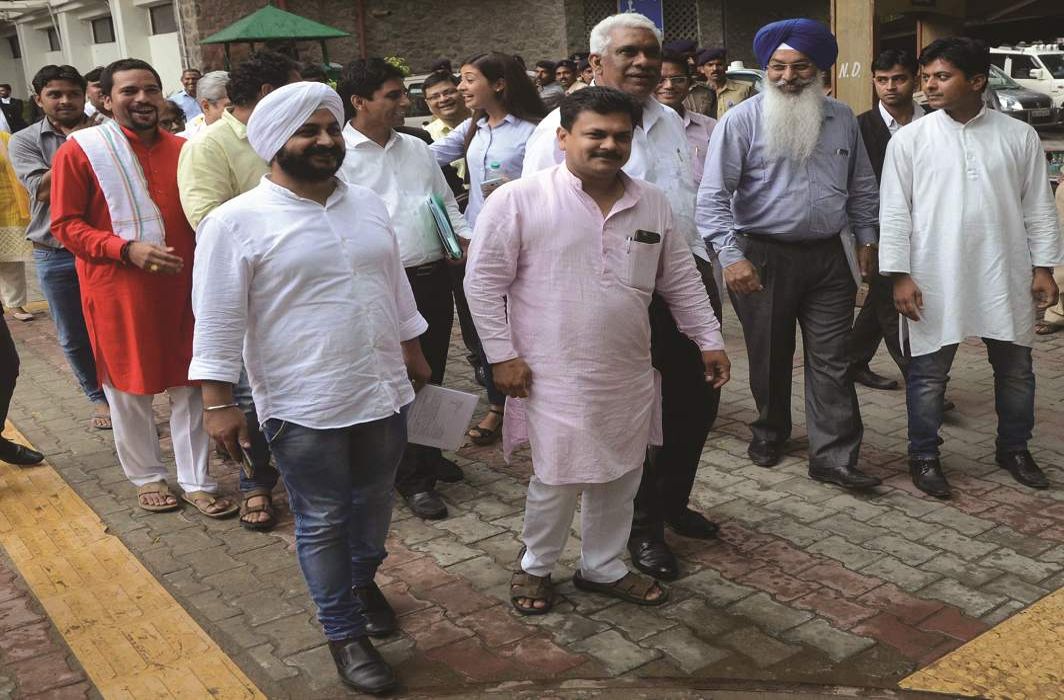 The case of the 20 AAP MLAs’ disqualification by the Election Commission (EC) for holding “office of profit” a, disqualification thereafter ratified by President Ram Nath Kovind, saw some interesting turns during hearing before the Delhi High Court bench of Justices Sanjiv Khanna and Chander Shekhar on Monday(February 26).

The MLAs have challenged this court, seeing to quash the President’s notification.

During hearing Justice Sanjeev Khanna cited an example of a sale tax matter in which one presiding officer of a bench was not present at the beginning of a matter and joined later on. A writ was filed stating she (the officer) shouldn’t have been permitted as she did not hear all the arguments. The high court is of the view that yes, she can, citing Ravindra Bhatt’s judgment.

The counsel said the case was decided by the Madurai Bench of the Madras High Court, wherein the judge recused himself but later on passed the final order.

The words in pertinent to this case were “prejudice”,  “recussal” and “rejoining”. The bench asked the counsel the meaning of these words.

How does this pertain to the current case? It was about the hearing not given to the MLAs, the judge explained. He stated that no hearing was required to be given to them. Hence nobody was given the hearing.

It was explained that no hearings were heard on the merits. It was only based on the preliminary issue. The counsel for the respondent (Union of India, Ministry of Law and Justice And Ors.) submitted that they did not argue on the factum of office of profit.

The counsel referred to benefits given to MLAs. Among them was government transport for official purposes.

He also referred to the appointment letters issued by te Government of NCT of Delhi under the Chief Minister. It says that they have been given portfolios under separate ministries.

At that the bench asked if reimbursement of expenditure can be treated as office of profit.

The counsel was not sure and said he has to take instruction.

Then the bench made a critical comment. It said “office” must exist earlier and it must remain in existence thereafter also.

Justice Khanna again asked if reimbursement of expenditure comes under the ambit of office of profit. The counsel for EC said reimbursement and allowance are different. Had it been allowance “we could have understood.”

The bench gave the counsel time to take instruction and give a better clarity on the argument.

The counsel for EC said that reimbursement is not profit. He also submitted that the present case is not the case of reimbursement from office. “Why should he be allowed to take a second oath? When a person is already sworn in as an MLA and he again swears in to Parliamentary secretary, tat proves that there is existence of independent office”

Then the counsel said: “The offices of the MLAs are provided and funded by the departments and not by the government and parties.” This surprised the bench.

The bench asked: “This means you are only entitled to one office, and if the government provides you a second office, does it mean that you are holding office of profit?”

The bench observed: “This will lead to a large number of disqualifications.”