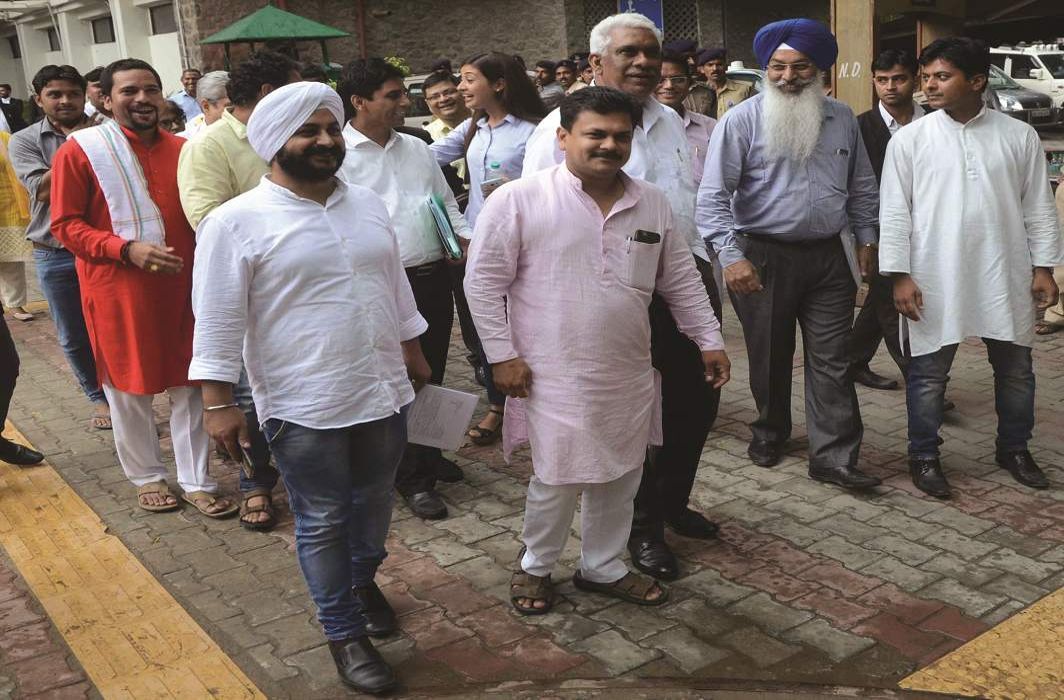 The Delhi High Court bench of Justices Sanjiv Khanna and Chander Shekhar is hearing the case of the disqualification by the Election Commission (EC) of 20 AAP MLAs because they were allegedly holding office of profit while they were also legislators. That disqualification, ratified by the President, has been challenged in court.

On Tuesday (February 27) the counsel for the applicants said that the principle of natural justice hasn’t been followed.

The respondent’s counsel said that the matter consists of two issues: 1. Adequacy of merit and 2. Once a presiding officer has recused himself from the matter, can he rejoin later?

Today they are saying we were not heard, as if it was a court proceeding. If it is to be considered as court proceeding then once the recusal has taken place then the member shouldn’t have been allowed, he said.

It wasn’t a full court proceeding, hence strict procedures shouldn’t be obligatory, he said. He said that they (the MLAs) were given adequate opportunity. Despite all this, they write a letter to the court to question its quorum, he said.

He said that there has been recusal once. The rule of natural justice must be followed, he said. Mere denial of oral proceedings will deny the vicious cycle of the right to be heard.

He said that it all depends upon the decision of the President as he deems fit.

The counsel for petitioner said the matter shouldn’t have been disposed of in such a callous manner.

The bench said you did not argue on merits but only on the factum that three members was a requisite which was not followed as one member recused.

The counsel said we have raised 10 grounds in the present writ petition, placing emphasis only on three grounds will elapse the purpose of other seven strong grounds.

Justice Khanna asked: “When you had no grievance with regards to recusal it wasn’t at your instance then if he comes back what’s wrong in it? After recusal you have yourself written to rejoin. Recusal is a procedural aspect, if someone feel he’s taken a wrong step he can always rectify while giving an example of review.

“Recusal was unreasoned, rejoining was unreasoned. We don’t see any problem with it. Is it that you’re contesting rejoining? Then why did you write an email requesting rejoining in the first place?” the judge asked. “Everybody has invisible prejudices. Unlike the USA there’s no statutory law on recusal in India.”

Matter will come up again on Wednesday.