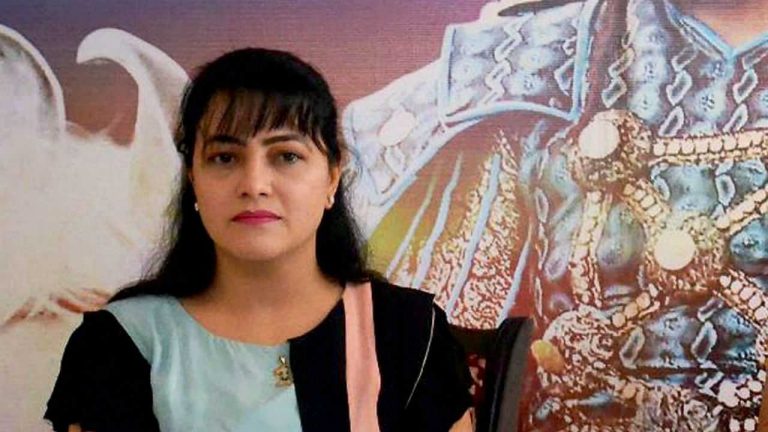 Honeypreet had been absconding for more than a month after Ram Rahim was sentenced 20 years in jail by a special CBI court for raping two girls (sevikas) at the Dera Sacha Sauda. Honeypreet will be produced in court on Wednesday (October 4).

Honeypreet has been slapped with charges of sedition and also with conspiring to help Ram Rahim escape after he was handed out the jail term. She has also been accused of inciting the followers of Dera Sacha Sauda to riot after Ram Rahim was declared guilty on August 25. The arson resulted in the death of 38 people.

On September 26, Honeypreet Insan’s lawyer had filed a plea at the Delhi High court seeking transit anticipatory bail but the court rejected it.

There are allegations floating, however, that Honeypreet may have surrendered and not “arrested” as claimed by the police. The allegation gains currency from the fact that even while the police was saying that they had no clue where Honeypreet was, India Today had clinched an interview. Her immediate arrest can only lead to the conclusion that she has surrendered.