Ajay Devgn Films Foundation provided rations for at least 700 families in Dharavi, Mumbai and also urged the people to donate through their Twitter handles. 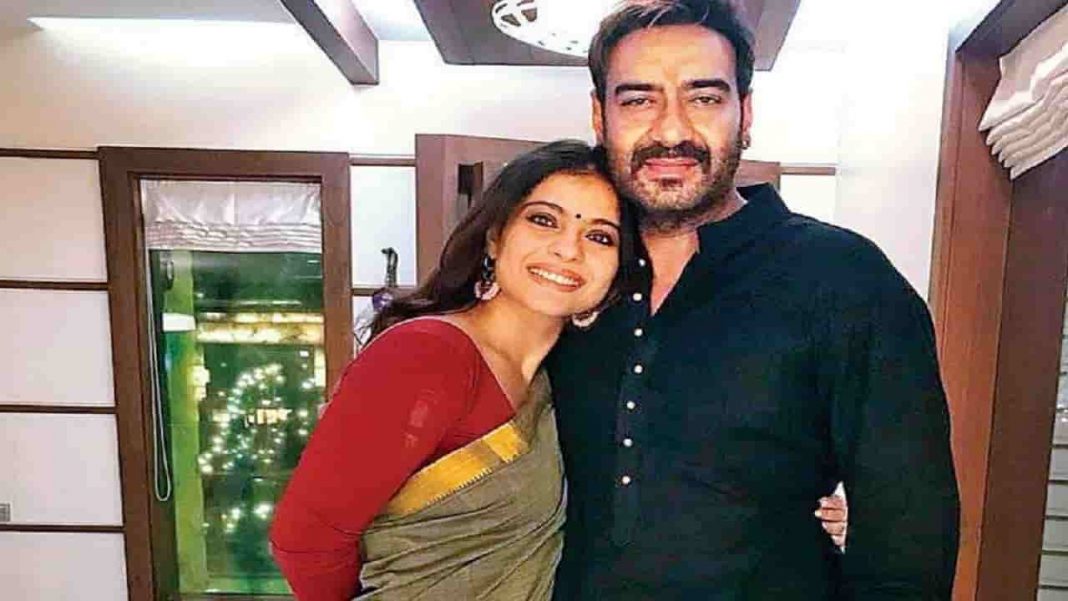 The Covid-19 pandemic does not stop Bollywood celebrities from having a luxurious lifestyle and flaunt their privilege amidst the general downturn. Following the purchase of a duplex apartment by Bollywood megastar Amitabh Bachchan, now Ajay Devgn has bought a brand new lavish bungalow as his home worth Rs 60 crore in Juhu, Mumbai. The actor’s new bungalow, which is spread across 590 square yards, is close to the existing bungalow of the Devgan family, Shakti, in the Kapolei Co-operative Housing Society Ltd. Ajay Devgn is now a neighbour of Amitabh Bachchan, Akshay Kumar, and Hrithik Roshan. According to the sources, Devgn and wife Kajol have been searching for their new home for a long time.

Well, who does not know Ajay Devgn? One of the most intense and successful actors in Indian cinema despite him being always interested in the technical and off-screen work of the films. Not only him, but Kajol, his father Veeru Devgan, and mother Veena Devgan have made huge contributions to the film industry.

Did you know Ajay’s real name is Vishal Veeru Devgan? The actor changed his name since several actors with the name ‘Vishal’ were being launched at the same time the industry including Manoj Kumar’s son, the actor further went onto changing his surname from Devgan to Devgn owing to the family suggestion and numerological advice.

The actor was born on April 2, 1969 to a Punjabi family originally from Amritsar, Punjab. Ajay Devgn’s father Veeru Devgan was a renowned name in action choreography and film direction, who taught Ajay everything about the film industry from a very early age. Ajay used to go along with his father to various movie sets since childhood itself. His mother Veena is a film producer and his brother Anil Devgn was a filmmaker and screenwriter, who died last year amid the pandemic, the family could not conduct any personal prayer meet for the departed soul. There is a lot of ambiguity around the cause of his brother’s death.

Ajay Devgn is not only a popular actor but also a great director and a producer and also runs production house Ajay Devgn Films. He has acted in hundreds of films in Hindi cinema and has registered various awards to his name including National Film Awards, Filmfare Awards, Padma Shri, the fourth highest civilian honour of the country. Also, Ajay Devgn is the first actor to own a private aircraft worth Rs 84 crore approx.

The actor revealed that he had never given any audition to date. He was forced to do Pyaari Behna (1985) his first debut as a child where he played the character of the childhood phase of Mithun Chakraborty and started off his career in 1991 with Phool Aur Kaante, followed by action films such as Jigar in 1992 and so on.

Karan Arjun was undoubtedly a huge blockbuster movie of that time but very few of us know that  Ajay Devgn was approached at first for the lead role but he declined it and that is how Salman Khan got the role.

After the huge success of Golmaal in 2006, he collaborated with Rohit Shetty and did many action-comedy films which turned out to be successful alliance for the duo. The most successful movie of Ajay Devgn is Tanhaji: The Unsung Warrior, so far. The movie is about a Maratha war-hero who changed the course of history.

Interestingly, Karan Johar’s father Yash Johar who was a well-known producer and veteran actor Naseeruddin Shah once criticized Ajay Devgn’s appearance and commented on his looks while giving negative opinions. Backing up the actor, Amitabh Bachchan said, “Ajay is a dark horse” showing his support and appreciation for Ajay.

When Covid-19 was at its peak, Dharavi, Asia’s largest slum, was suffering, and Ajay Devgn showed his generous side by paying for oxygen cylinders and ventilators for Covid patients. Ajay Devgn Films Foundation provided rations for at least 700 families in Dharavi, Mumbai and also urged the people to donate through their Twitter handles. The actor wrote, “Dharavi is at the epicenter of the Covid-19 outbreak. Many citizens supported by MCGM are working tirelessly on ground through NGOs to provide the needy with ration & hygiene kits. We at ADFF are helping 700 families. I urge you to also donate.”

Some of the Donations By Ajay Devgn

Talking about his bad habits, Ajay Devgn himself disclosed the fact that he is a chain-smoker and used to be an alcoholic. Ajay Devgn and Salman Khan were caught smoking at a railway station. Later, both the actors were served with penalty notices for smoking at public places.

Ajay Devgn has had quite a few controversial romantic innings indeed. The actor has dated Raveena Tandon, which stayed in the limelight for a long time because of the controversy created in media in regard to the attempt to suicide news of Raveena Tandon. They even had a nasty public fight where Ajay Devgn refused to have any relationship with Raveena Tandon and she in return threatened the actor to disclose all the love letters written by him in public. Ajay said that Raveena is only using his name to gain publicity, calling it ‘publicity gimmick’ and needed a psychiatrist. Raveena Tandon alleged that the actor cheated on her .

Later, Ajay started dating Karisma Kapoor and she fell head over heels for Ajay just like Raveena. Karisma Kapoor and Ajay Devgn became the most popular couple of the 90s and everyone thought that the couple would get married for sure, but destiny had planned a different story for Ajay Devgn.

Ajay Devgn started a fresh life with Kajol, though both of them are very different from each other but they somehow managed to have a successful married life. The couple is the perfect example of the theory that opposites attract each other. When Ajay Devgn met Kajol for the first time, he did not like her at all because of her loud and arrogant behaviour. Thereafter, during the making of Gundaraj movie in the year 1994 they became friends and at that time they both were in a relationship with someone else. Later when the couple started dating in 1994, the media declared them as “unlikely pair” due to their contrasting personalities. Though, the couple never really discussed about their marriage while they were dating but eventually they got married on 24th February 1999 at Devgn’s residence. The couple gave birth to a beautiful daughter, Nysa on 20th April 2003 and their son Yug on 13th September 2011.

Kajol, who is a great actor herself was born on 5th August 1974 in Bombay. Her mother, Tanuja, is a well-known veteran actress while her father Shomu Mukherjee was a movie director and a producer. Kajol’s sister, Tanisha is also an actress, who was a contestant in Big Boss, a reality show hosted by Salman Khan. In one of her interviews Kajol herself revealed that she was extremely stubborn and impulsive from a very young age. The actress grew up in two cultures, and she inherited Maharashtrian culture from her mother whereas Bengali temperament from her father.

Kajol made her bollywood debut at the age of 17 years in 1992, with romantic drama Bekhudi. Though it was a complete flop, the talented actress eventually made her place in the industry and turned out to be one of the most successful and influential actresses in Indian cinema.

In 1995, after the huge success of Karan Arjun and Dilwale Dulhania Le Jayenge which was done opposite Shah Rukh Khan, Kajol made her fit in the Indian Cinema. Dilwale Dulhania Le Jayenge is the most popular film in the history of Indian cinema. Ever since its release, it has been continuously running in Mumbai and it is the longest-running movie of all times. Eventually, Kajol became the first actress to be nominated and to have won the Filmfare Award for Best Performance in a Negative Role.

Talking about the first Indian feature film to be shot in Scotland was Kuch Kuch Hota Hai released in 1998 in which Kajol and her cousin Rani Mukerji acted together opposite Shah Rukh Khan. The movie was a huge blockbuster, not only in India but all over the world.

Some of the Donations by Kajol :

Ajay Devgn and Kajol starred together in home production movie Raju Chacha which was declared as the most expensive films in Hindi cinema at that time. But unfortunately, the children’s movie Raju Chacha was a flop at the box office. Later, Kajol played a lead role in Karan Johar’s movie Kabhi Khushi Kabhi Gham along with Amitabh Bachchan, Jaya Bachchan, Hrithik Roshan, SRK, and Kareena Kapoor. Karan Johar, a popular director and producer, is best friends with Kajol and he considers her his lucky charm and has made it  a tradition to cast her in all of his films, if not in a lead role then by a way of special appearances.That’s how much of a great friends they are.

Apart from owning the new luxurious bungalow in Juhu, Mumbai, the couple has invested in various other properties at prime locations.

Properties owned by the Couple :

Shlok House situated at Andheri West is another property owned by the couple which is rented out to Saraswat Co-operative Bank Limited.