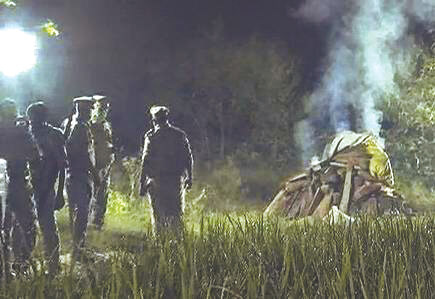 The Allahabad High Court granted protection from arrest to Neeraj Kishor Mishra who, while protesting against the Hathras gang-rape, said the Uttar Pradesh Chief Minister Yogi Adityanath is a man of thick skin.

On December 11, 2020, an FIR was lodged under Sections 153-B (2), 505 (2) of the Indian Penal Code, in Police Station Patiyali of district Kasganj with a further prayer not to arrest him pursuant to the said FIR.

The allegation made in the first information report, lodged by respondent no.3, is that the incident which is alleged to have happened on October 01, 2020 at about 6.00 pm in District Hathras in respect of the rape of a girl. It is alleged that Balmiki Samaj created disturbance by giving speeches by saying that Police is inactive and tricky. It is further alleged that the Petitioner has said that the Chief Minister is a man of thick skin.

Submission of Counsel for the Petitioner is that none of the offences as enumerated in the impugned first information report dated December 11, 2020 is made out.

Further submission of Counsel for the Petitioner is that in a democratic country, agitation of the ruling party, on any, is the Constitutional right of leaders of the opposition and, therefore, agitation of Petitioner, on the issue of rape of a girl of “Balmiki Samaj” cannot be termed as hatred or ill-will between different religious racial, hence, no offence under Section 153-B (2) and Section 505 (2) of IPC is made out.

“Till the next date of listing or till the submission of Police report under Section 173 (2) Cr.P.C., whichever is earlier, the Petitioner shall not be arrested in impugned first information report dated  December 11, 2020 registered as Case Crime No.368 of 2020, under Sections 153-B (2), 505 (2) I.P.C., subject to petitioner’s co-operation in the investigation.” the order reads.