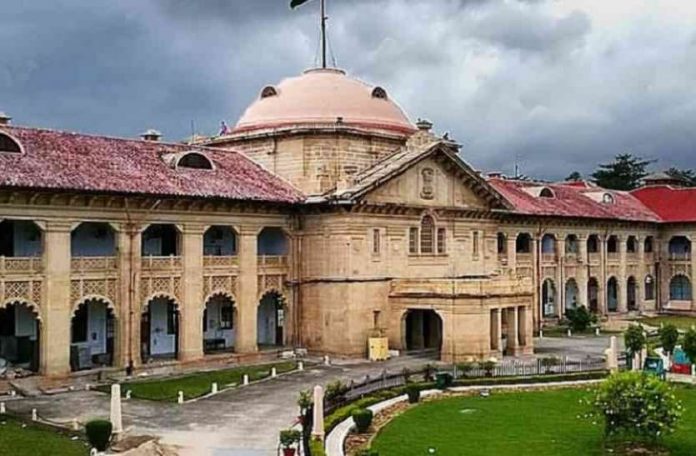 The Allahabad High Court has allowed the bail application of a rape accused. A single-judge bench of Justice Ajit Singh passed this order while hearing a Criminal Misc Bail Application filed by accused Atif Pathan.

“The court finds it to be a fit case for bail, considering the overall facts and circumstances, the nature of allegations, the gravity of the offence, the severity of the punishment, the evidence appearing against the accused, submission of counsel for the parties, considering the law laid down in the case of Data Ram Vs. The state of UP and others, 2018 (3), SCC, 2, but without expressing any opinion on merits.”

In this case, the FIR was lodged by the complainant against two persons. It was alleged in the FIR that the daughter of the complainant was a student of XII standard, who made friends with the applicant for about six months with a boy named, Babu on social media. Later on, on February 7, 2021, the victim traveled along with him, and the alleged victim was offered intoxicated cold drinks and after consuming she became unconscious.

It was also alleged that thereafter, the applicant raped her and took her pictures, and made a video. She was continuously being exploited by the applicant.

“The applicant is innocent and has been falsely implicated in the case with the ulterior motive just to grab the illegal money from the applicant.”

The Court ordered, “Let the applicant Atif Pathan involved in the crime be released on bail on executing a personal bond and furnishing two sureties each in the like amount to the satisfaction of the court concerned with the following conditions:

i) The applicant shall not tamper with the prosecution evidence.

ii) The applicant shall not threaten or harass the prosecution witnesses;

iii) The applicant shall appear on the date fixed by the trial court;

iv) The applicant shall not commit an offense similar to the offence of which the applicant is accused, or suspected of the commission;

v) The applicant shall not directly or indirectly make any inducement, threat or promise to any person acquainted with the facts of the case so as to dissuade such person from disclosing facts to the Court or to any police officer or tamper with the evidence.”