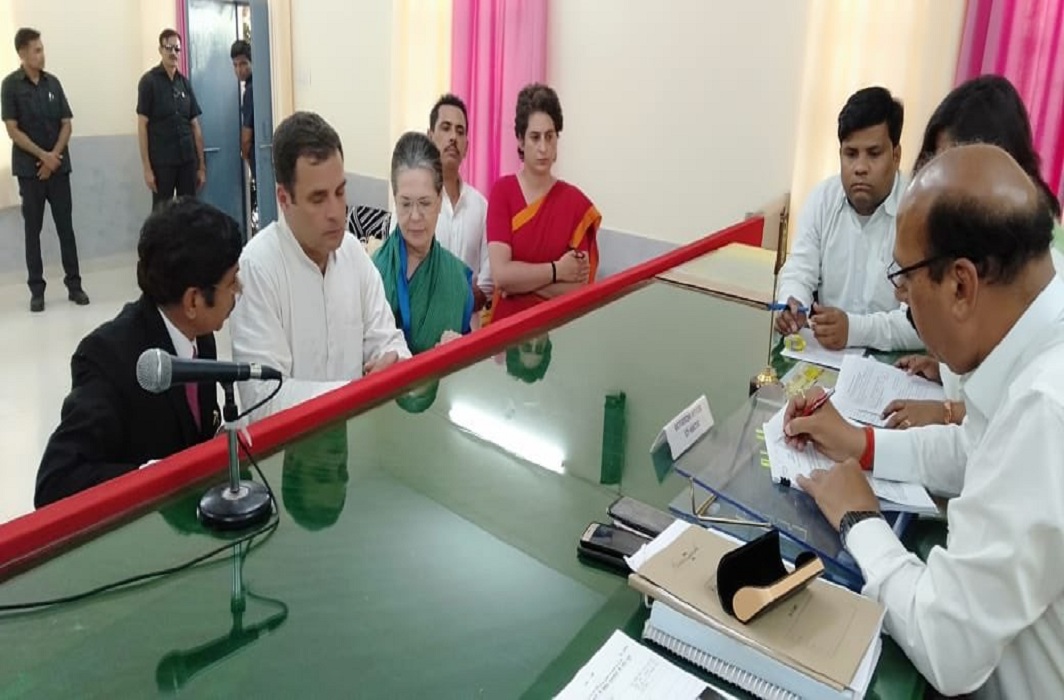 The returning officer for the Amethi Lok Sabha constituency has declared that nomination papers of the Congress President Rahul Gandhi  for the Parliamentary elections are valid, thus rejecting objections on the documents raised by political opponents over his citizenship and other matters.

An Independent candidate as well as three others had last week raised objections over Rahul’s nomination from Amethi, alleging discrepancies over citizenship and educational qualifications in his election affidavit. Counsel for one of the complainant had submitted before the RO purported copies of a certificate of incorporation of a UK-registered company in which the Congress President is stated to be a British national.

Earlier today, a Congress Spokesman in Wayanad, Kerala, the other constituency from where the Congress president is contesting had said details of Rahul’s passport and educational qualifications would be submitted to the Election Commission. This followed the NDA candidate in Wayanad making allegations of Rahul’s alleged dual citizenship. The details would be handed over the returning officer in Wayanad, the party indicated.

“We will present our case before the Returning Officer. Law doesn’t allow us to disclose anything before. These objections are frivolous. During elections, opposition leaders always level such allegations against Rahul ji,” Rahul’s counsel KC Kaushik said.

Tushar Vellappally, the NDA candidate had on Sunday moved the Election Commission and filed a complaint with Chief Election Commissioner (CEC) Sunil Arora seeking a review of the Congress president’s nomination from Wayanad. In his letter, Vellappally said Rahul is “not eligible to contest” the polls because he holds dual passports and “is not a citizen of India”.

The Congress party has said that details of its chief Rahul Gandhi’s passport and educational qualifications would be submitted to the Election Commission. This follows the NDA candidate in Wayanad, Kerala from where Rahul is contesting besides Amethi making allegations of Rahul’s alleged dual citizenship.