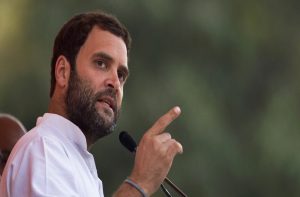 Congress president-in-waiting Rahul Gandhi was known for neither wit nor wisdom on the social media. His Twitter handle @OfficeOfRG elicited more yawns than retweets or likes. But over the past few months, it’s been lighting up like a Christmas tree thanks to a burgeoning of followers who have been bowled over by his caustic knockout jabs aimed right at the BJP’s solar plexus. The BJP IT and troll social media team, with its massive pioneering lead in the game in which sarcastic one-upmanship can be a political vote multiplier, appears tongue-tied as Rahul’s firepower mounts by the day. With Rahul tweeting terms like “Shah-zada” to attack the BJP supremo’s son, Jay Amit Shah, regarding his controversial business dealings, dubbing  GST as “Gabbar Singh Tax”, and virtually trolling Finance Minister Arun Jaitley’s recent defence of the economy with the comment, “May the farce be with you”, the BJP’s stock phrases of “pappoo”, “sickular”, “presstitutes” and related scatological abuse are  losing their edge.

The change in the social media strategy is part of a broader new Congress narrative in which “pappoo” is being transformed into a leader with vision, depth and, above all, tolerance with the help of the electrifying new Twitter queen, Ramya Spandana, who replaced the tired Rahul Pandey. Much of this is also the handiwork of Rahul’s new inner circle consisting of the pedigreed Wharton MBA, Kanishka Singh, son of former foreign secretary SK Singh, Deepender Singh Hooda of Haryana, Sachin Pilot, son of the illustrious Rajesh Pilot, Shashi Tharoor and, last but not least, the evergreen techie, Sam Pitroda, who commutes between the US and India to keep Rahul advised and informed. Rahul’s outer ring of advisors include the Gwalior royal, Jyotiraditya Scindia, Milind Deora, the on-again-off-again Amethi raja, Sanjay Singh, and MLC Dinesh Pratap Singh. For ready reckoner advice, Rahul turns to veterans Ahmed Patel and Digvijaya Singh, both court favourites of his mother. The new message is: “Stay on course, stay on message, no negative abuse, stick to the facts.” 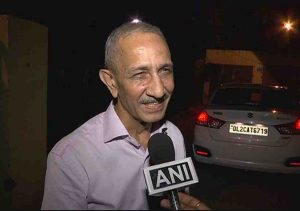 The decision to appoint Dineshwar Sharma as central interlocutor to initiate a dialogue with all stakeholders in Jammu & Kashmir signals the failure of what is known in South Block as the “Doval Doctrine”. It was so named after National Security Adviser Ajit Doval recommended a security hard line in J&K which encouraged the army to use tactics such as pellet guns. Chief Minister Mehbooba Mufti panicked after a series of militant attacks on PDP MLAs and workers. She flew to Delhi to meet Home Minister Rajnath Singh and demanded some sort of demonstration by the centre to temper its policy and reach out to the civilian population.

What is little known is that Sharma, who retired as Intelligence Bureau chief, currently has his hands full, heading a peace talk process in the North-east. How much time he will be able to devote to Kashmir with its larger security implications, is a moot question. 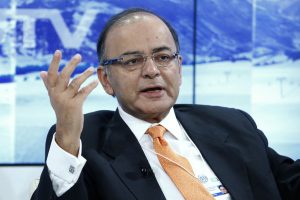 Of all the conspiracy theories doing the rounds of the corridors of power, the most potent concerns Finance Minister Arun Jaitley and what seems to be an abrupt fall from grace. The first sign was the prime minister distancing his government from GST while campaigning in Gujarat. This was followed by Revenue Secretary Hasmukh Adhia’s public statement that GST needed an overhaul. It came immediately after Jaitley stoutly defended the GST rollout during his recent trip to Washington.The final straw in the wind was the resignation of the Solicitor General of India, Ranjit Kumar, citing personal reasons. Sources in the legal fraternity say that Kumar, who was once Jaitley’s assistant in the former’s legal practice, was asked to quit. His resignation came barely two months after he was given an extension. His closeness to Jaitley was well-known as was the case with Mukul Rohatgi, the former Attorney General, who also “resigned” after being given an extension.