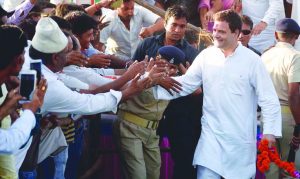 His elevation as president of the Congress in a few days could not have had a better prelude. In the past six weeks, his image and strategy have undergone a remarkable change. Part of that is to do with his effective use of social media, an area he shunned till fairly recently. He is no longer trolled on the scale he was before, largely due to a more positive view of him by non-BJP supporters, and his enhanced traction on social media is reflected in the fact that he is now more retweeted than Narendra Modi. His tweets are a mix of the serious and the witty. For example: After Donald Trump spoke glowingly about Pakistan, Rahul tweeted: “Modiji quick; looks like President Trump needs another hug.’’ It was retweeted over 19,700 times. Much of the credit goes to Divya Spandana, better known as Ramya, a former theatre and film actress from the south who has been part of Rahul’s team for some time. She was elevated as head of the party’s social media unit last July and it shows. 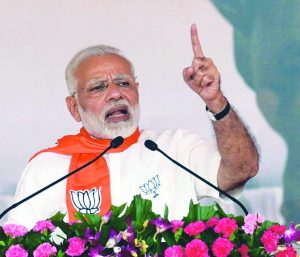 There are clear signs the government is suddenly developing cold feet to the extent that it is nervous about the upcoming elections in Gujarat, the prime minister’s home state. First was the much-criticised connection between the Election Commission delaying announcing a date for the Gujarat polls and the deluge of sops by the state and the centre. More telling was the statement by the prime minister while campaigning in Gujarat that GST “was a collective decision’’ by all state governments in which the centre had a “small role’’ to play and that the Congress was “an equal partner”. It came across that he was disowning GST and the disruption it has caused for large sections of the business community. It is no coincidence that Gujarat’s large trading community has been adversely affected. Modi has not been seen in this apologetic mode since he became PM. 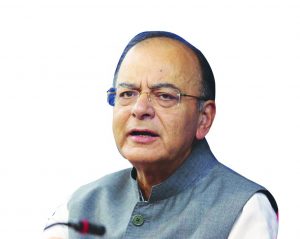 There seems to be a division of opinion between the finance ministry and its prestigious think tank. While Finance Minister Arun Jaitley has been rubbishing talk of the need for a financial stimulus package to boost slowing growth in the economy, Niti Aayog Vice-chairman Rajiv Kumar feels that such a move is urgently required. While in Washington recently, Jaitley said the media was talking about it but he had not used the phrase (fiscal stimulus). Barely a day later, Kumar gave an interview to PTI where he pitched the idea, saying: “I do see a case for stimulus.’’ He said it knowing fully well what Jaitley had said a day earlier which may be why he added the line—“any additional expenditure should be used judiciously’’. It is co-incidental that Niti Aayog’s former vice-chairman, Bibek Debroy, was moved last month as head of the PM’s Economic Advisory Council, reportedly over differences he had with the finance ministry.

The escalation in tension between the US and North Korea harbours the threat of war, with both sides having launched one stage in the form of cyber attacks. The US has accused North Korea of having hacked into government sites along with cyber attacks on private sector infrastructure. North Korea has also experienced attacks on sensitive systems originating in the US and South Korea. According to The New York Times, many of the attacks on US targets originated in India. A report says North Korea never launches cyber attacks from its own soil but uses foreign-based computers. The paper quotes a report by a security firm, Recorded Future, which claims hackers from India are targeting US sites on behalf of Pyongyang. That seems odd as India has downgraded ties with Pyongyang and supported a UN resolution banning all trade with North Korea. But, if the hackers are private players doing it for money, it is a different story.