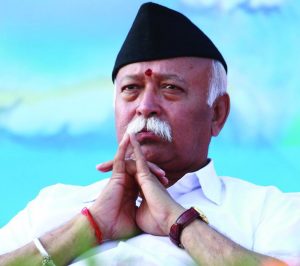 There are increasing signs that the RSS is not on the same page as the government and has started to put pressure on the prime minister to consult the BJP’s parent organisation before announcing any big ticket economy decisions. This comes after RSS grassroots workers, who are spread across the country and have their ears close to the ground, reported to the leadership that there is growing unhappiness among the populace over the government’s economic performance and extravagances like the bullet train. RSS chief Mohan Bhagwat, in his annual Dussehra speech, was sympathetic to farmers and small traders who are the worst hit, indirectly slamming the government. In another public speech, he came down hard on Niti Aayog saying the centre’s premier think-tank and economic advisers should abandon the “same old economic isms and present solutions based on reality on the ground for India’s growth.” He has reportedly told the PM that the RSS needs to be consulted more in the period leading up to the 2019 elections. 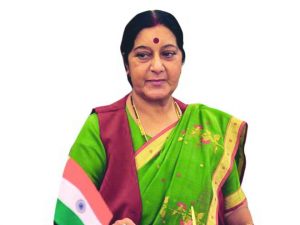 Former diplomats are aghast at the manner in which the external affairs ministry has become a propaganda machine for the RSS/BJP. To commemorate the birth anniversary of RSS ideologue and Bharatiya Jan Sangh founder Deendayal Upadhyaya, the ministry uploaded an e-book titled, Integral Humanism, on its website. Badly written and poorly edited, the e-book—which External Affairs Minister Sushma Swaraj describes as the product of the “hard work of MEA officials”—distorts facts and describes the BJP as the only political alternative for the country. Here’s an extract: “The democracy of the country required a capable Opposition; Bharatiya Jansangh (sic) emerged as a strong Opposition in the first three Lok Sabha elections…. Only the party, Bharatiya Janata Party, developed by him became the political alternative.” The e-book says that the Bharatiya Jan Sangh “emerged as a strong Opposition in the first three Lok Sabha elections”. The reality is that the Jan Sangh won 4, 4 and 14 seats respectively. If the MEA has become a propaganda vehicle for the RSS/BJP, it is a depressing sign. 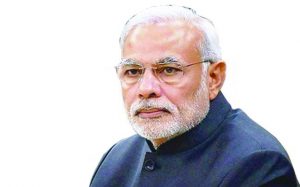 Despite the prime minister’s assurances that the economy is on track, the signs all point in the opposite direction. Here’s just one example: A huge amount of Rs 65,000 crore is due to exporters as refund/rebate for the period July to October. This is more than thrice the earlier refunds paid through duty drawback. This amount cannot be released till the filing of GSTR3, so any refund will not be paid till end November, leaving the government with a major headache. More worrying is that export orders are down by 15-20 percent in what is a period of peak demand leading up to Christmas sales. The lower export orders could lead to further job losses and contraction in the economy—foreign trade is close to 40 percent of India’s GDP.

Jobs for the Boys…and Girls