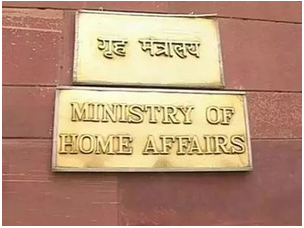 In the wake of COVID 19 pandemic the  Ministry of Home Affairs in its order dated March 29, 2020, in exercise of its powers conferred under Section 10(2)(l) of the Disaster Management Act, 2005, directed all State/Union Territory Governments and State/Union Territory Authorities to take necessary actions and issue necessary orders, inter alia, for waiver of rent for workers by landlords for a period of one month. However, the Government has not yet issued any order/notification with respect to suspension or waiver of lease rentals for commercial lease contracts entered into by businesses.

In the absence of any clarity from the Government and facing economic hardship due to the Pandemic induced lockdown, tenants around the country have been potently evaluating the Force Majeure clause under their respective agreements.

Force majeure, also commonly known as  an “Act of God” clause, is a French term that literally means “superior force”. Under international contract law, a force majeure clause in a contract seeks to eliminate liability for unexpected and unavoidable disasters. These may include: natural disasters, acts of God, epidemics or pandemics and war. Force majeure clauses are often included in commercial contracts to avoid certain circumstances arising that prevent the fulfilment of contractual obligations.

In order to invoke a force majeure event, one must look at the specific wording of the clause in the contract. The definition of force majeure is generally broad but some clauses can be specific in nature.

Therefore, the language of the clause will determine whether a party is exempted from performing its obligations. If the agreement specifically contains a force majeure clause, then if the lessee is desirous of excusing itself from discharging its liability, it must not only specify that the force majeure was beyond its control but also prove that the event itself was the cause due to which the lessee failed to perform its responsibility.

Economic hardship or inconvenience cannot be an excuse for a tenant to avoid payment of rent. Moreover if there is an alternative remedy for overcoming the effect of force majeure even, in that case too the tenant will be liable to pay the rent. Thus to sum up the force majeure clause cannot be invoked unti and unless the tenant has exhausted alternative ways of performing the contract.

The High Court of Delhi in Ramanand & Ors. v. Dr. Girish Soni & Anr, rejected an application for waiver or suspension of rent on account of the lockdown

The Court gave a detailed explanation of Force majeure clause on contractual obligations. The Court held that the relationship between a landlord and tenant, a lessor and lessee and a licensor and licensee is governed by the terms of their respective contracts and the question of a waiver, suspension or any remission in rental payments would depend on the terms and conditions stipulated in each contract.

The Court held that those contracts having force majeure clause, waiver of monthly rent would be governed by Section 32 of the Contract Act. The Court further relying on the decision of the Supreme Court in Energy Watchdog v. CERC & Ors, held that a tenant can claim some sort of a waiver or suspension of rent only if the contract contains a clause to this effect. It held that a force majeure clause in a contract could also be a contingency under Section 32 of the Contract Act, which may allow the tenant to claim that the contract has become void and surrender the premises. However, the Court held that if the tenant wishes to retain the premises and there is no clause giving any respite to the tenant, the rent or the monthly charges would necessarily be payable.

Section 56 of the Contract Act

The Court also examined contracts which did not have force majeure clause and the tenant sought frustration of the contract due to impossibility of performance. In this connection the Court referred  to a decision of the Supreme Court in Raja Dhruv Dev Chand v. Raja Harmohinder Singh & Anr where the Supreme Court has held that Section 56 of the Contract Act applies only to executory contracts and not completed conveyances or transfers. The Court hence held that Section 56 of the Contract Act cannot be invoked to claim waiver, suspension or exemption from payment of rent.

The Court also referred to its earlier decision in Hotel Leela Venture Ltd. v. Airports Authority of India where it was held that neither the doctrine of frustration nor the broad principles thereof apply to a lease, as only executory contracts are capable of being frustrated, not executed contracts.

Relying on the aforesaid decisions, the Delhi High Court reiterated that Section 56 of the Contract Act does not apply to a lease agreement and other similarly situated contracts, which are ‘executed contracts’ and not ‘executory contracts’.

The Delhi High Court in another case titled Gaurav Jain vs Union of India while dismissing a petition seeking waiver of rent payable by tenants during period of COVID 19 lockdown said that the power/discretion for waiving of rent vests first with the landlords, who are contractually entitled to the same. The Court further observed that “If the landlord is entitled to receive the rent/consideration in accordance with law as per the contractual agreement entered between the parties concerned, then, the Court cannot, by a general order of the nature sought by the petitioner, waive such amount.”

The Supreme Court has also dismissed a Petition which sought waiver of rent by treating the national lock down as ‘Force Majeure’ period exempting all the advocates from paying rent during that period.

Hence, before invoking force majeure clause seeking waiver of rent,  Tenants must first examine their contracts and ascertain whether they are entitled to seek waiver of or suspension on payment of rent.