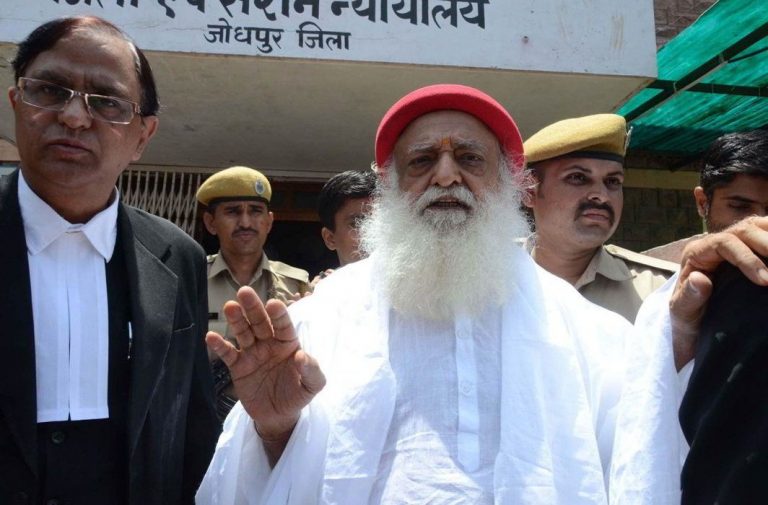 Quantum of punishment, yet to be announced by special court, could be a minimum of 10 years and up to life

At a makeshift trial court in SC/ST in Jodhpur, Judge Madhusudhan Sharma on Wednesday (April 25) declared that self-styled godman Asaram Bapu was guilty of rape. The godman and four others were charged with raping a 16-year-old girl in August 2013. The quantum of judgment has not been pronounced yet, but it will be a minimum of ten years to life, since this is the rape of a minor, as per enhanced provisions in the POCSO Act.

Bapu was arrested on August 31, 2013 on several charges under the relevant sections of the POCSO Act and the SC/ST (Prevention of Atrocities) Act.

The incidents came to light after the complaint filed by a teenaged was studying at a school run by Bapu’s ashram. The girl had alleged sexual assault by Asaram during her stay at his ashram. The alleged incident of sexual assault took place on August 15, 2013. On August 20, the parents of the victim filed a complaint in Delhi and later the case was transferred to Jodhpur police.

This was followed by another complaint of rape filed by two sisters from Surat on October 6, 2013 against Asaram and his son Narayan Sai. Apart from rape, he was also facing charges of murder, black magic, to name a few. The elder sister, in her complaint against Asaram, had accused him of repeated sexual assaults between 2001 and 2006 when she was staying at his ashram near Ahmedabad.

As a precautionary measure, Jodhpur police imposed Section 144 of CrPC which prevents the unlawful gathering of four or more people. The prohibitory orders will remain in place till April 30.

Police Commissioner Ashok Rathore had said any adverse fallout emerging from the case verdict would be averted as the ruling would be delivered inside the jail premises. “We are glad the court accepted our request to deliver the judgment from inside the prison,” he said.

The Rajasthan police is also working in close coordination with their counterparts in Madhya Pradesh and Rajasthan in a bid to prevent the galvanisation of Asaram supporters from the neighbouring states.

Ashok Gehlot (Congress): The time has come when people should be able to differentiate between the actual saints and the frauds, as this creates a bad image of the country in the international arena.”

Father of Sahajanpujr victim: Asaram is convicted, we have got justice. I want to thank everyone who supported us in this fight. Now I hope he will get strict punishment. I also hope the witnesses who were murdered or kidnapped get justice.

Neelam Dubey (Spokesperson for Asaram): We will discuss with our legal team and then decide our future course of action. We have confidence in our judiciary.

Mahendra Chawla (main eyewitness in the Asaram’s son Narayan Sai’s sexual assault case): Though I have security, I request the Centre for additional security, my life, like other witnesses’, is constantly under threat.